following a 20-year production hiatus, moke international has teamed up with chinese manufacturers chery motors and their subsidiary company sicar engineering to put the classic moke back on the streets. originally developed as a military vehicle, the all-terrain 4×4 has been given a aesthetic refresh by british designer michael young, and the first batch of vehicles are now ready for distribution. the niche automobile will be released on a low-volume basis, with only 1000 cars per year being produced, focusing primarily on the market in australia. the 70′s and 80′s age of ‘no doors, no roof, no worries’ is getting a second chance in the sustainably aware 21st century through an electric model available in the near future .although the moke retains its heritage, a handful of new parts and features have been implemented to the open-door explorer. for example, an esky ice cooler has been outfitted inside the trunk for beer and food, and the passenger cockpit has been re-configured so that the driver can ergonomically grasp the steering wheel in different positions. for beach goers, the front dashboard provides storage compartments in the form of nets, a clip for newspapers and a special dog leash holder. 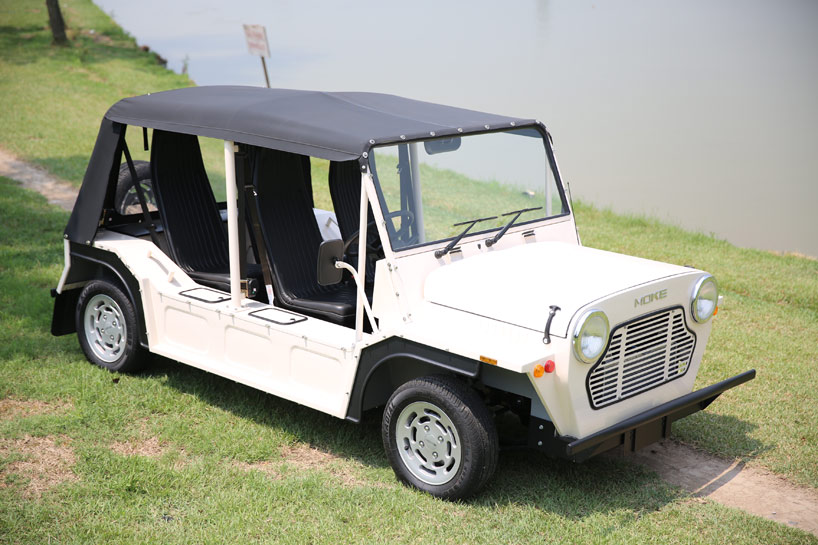 ‘as a moke enthusiast when the email came asking if I was interested to talk about the project it was more like a call for duty.  I had recently rebuilt a moke from the ground up out of old parts so I was fully aware of what was needed to be done. you must remember  that this car is from the 70’s, I knew for a fact there was no way we could just replicate it, times have changed and the car needed  enhancements, improved road holding, breaking, suspension and so on. I was equally aware that I had to respect the past and make  sure the over all visual aspect be kept in tact. let’s say this is the first version, it was essential for find a balance in equal terms for  the old enthusiast and also the new generation.

guiding this car from drawing to production was a major undertaking, I now understand why there are so many terrible looking cars on the roads, apart from the lack of risk taking and legislation. the first production run of cars was based on a low volume scheme which was of course a challenge in china.  when my studio joined the project there was an initial version of the car halfway through the system which had been driven by previous factory floor decision making.

we stripped back all of those decisions and took a fresh view which meant we had to adjust the body for the new size engine and steering and then build up the parts around that. of course with an iconic vehicle like the moke, the objective was to retain it’s heritage but bring it  forward to 2013 ground zero detailing. the first production has already sold out and we are preparing for the global launch this year on bondi beach, sydney australia.’
-michael young 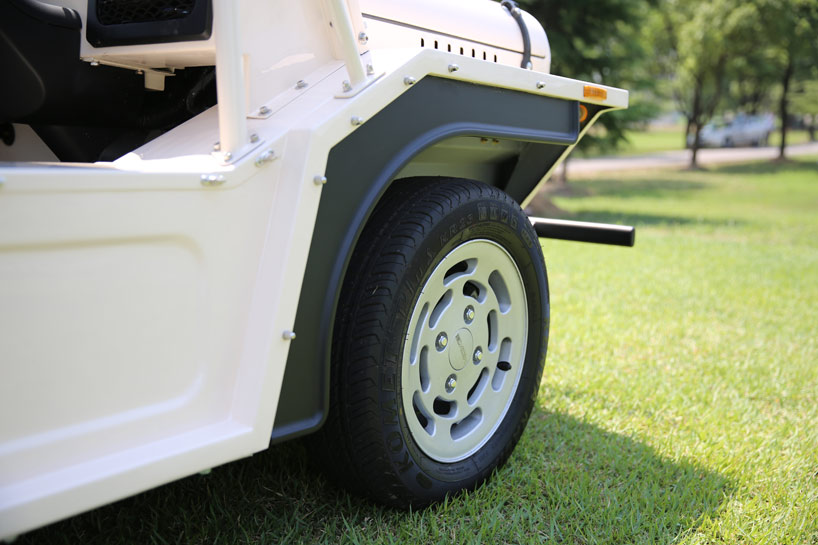 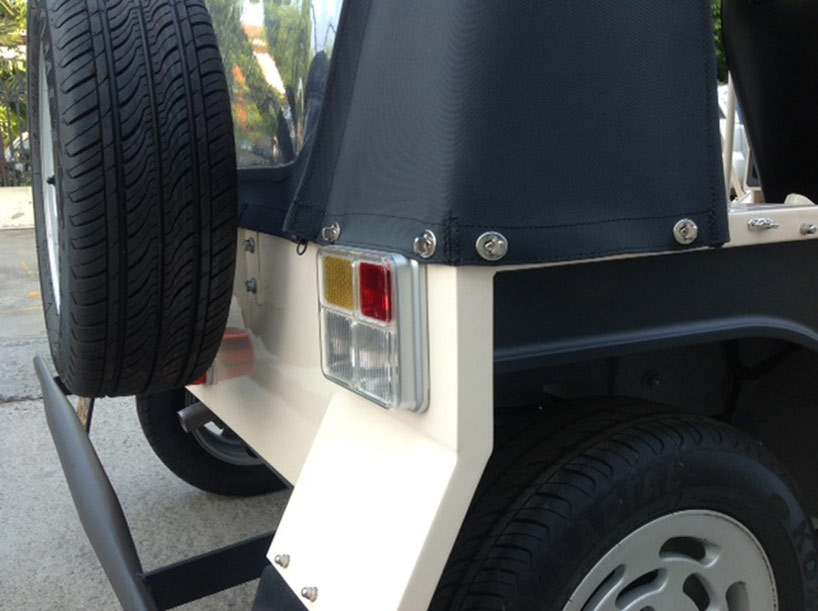 the moke was originally developed as a light-weight military vehicle 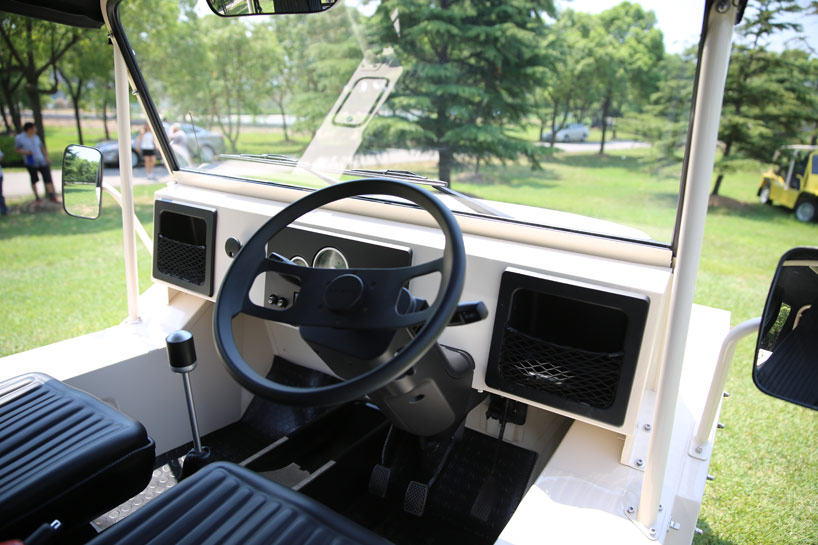 after 20 years, the first batch of 1,000 new mokes are ready for distribution 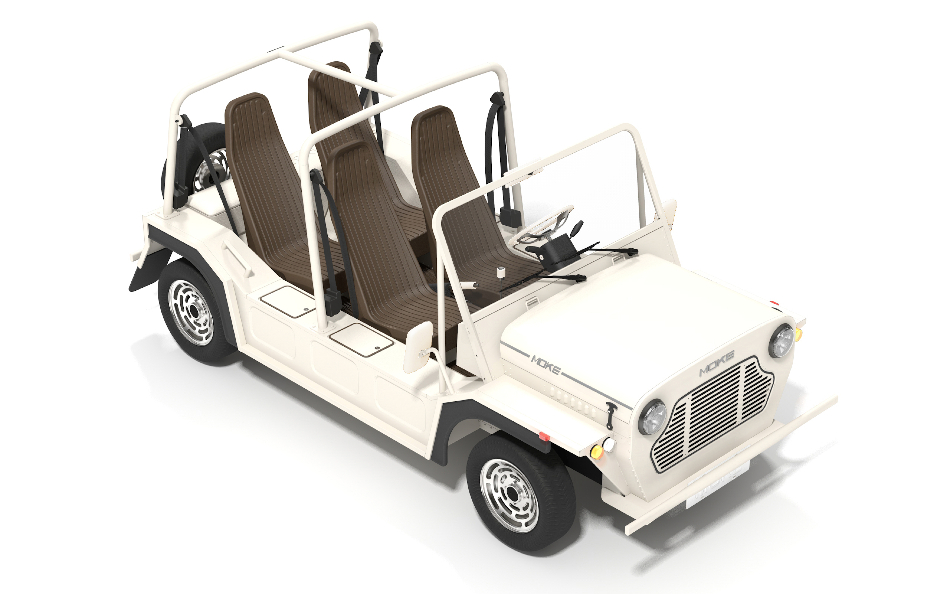 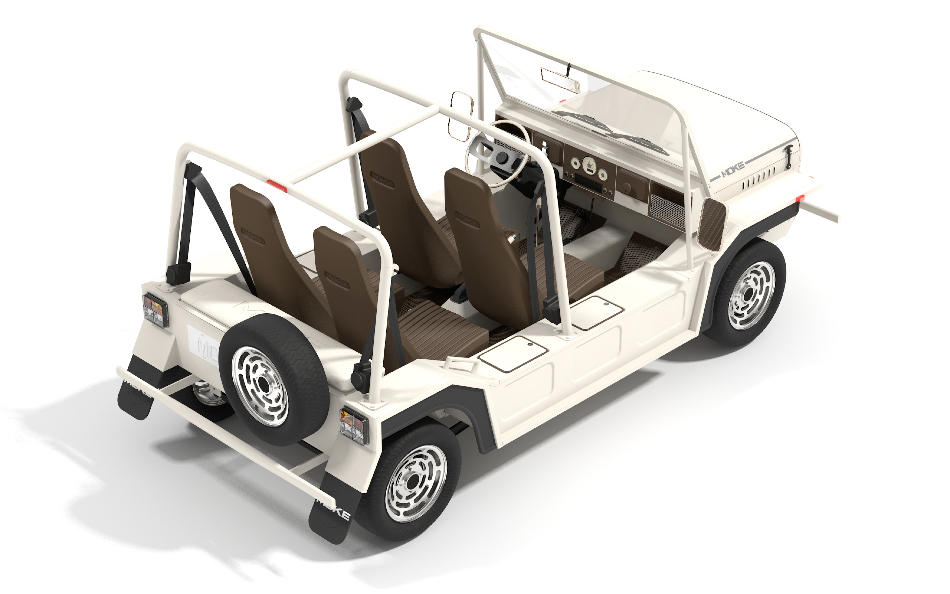 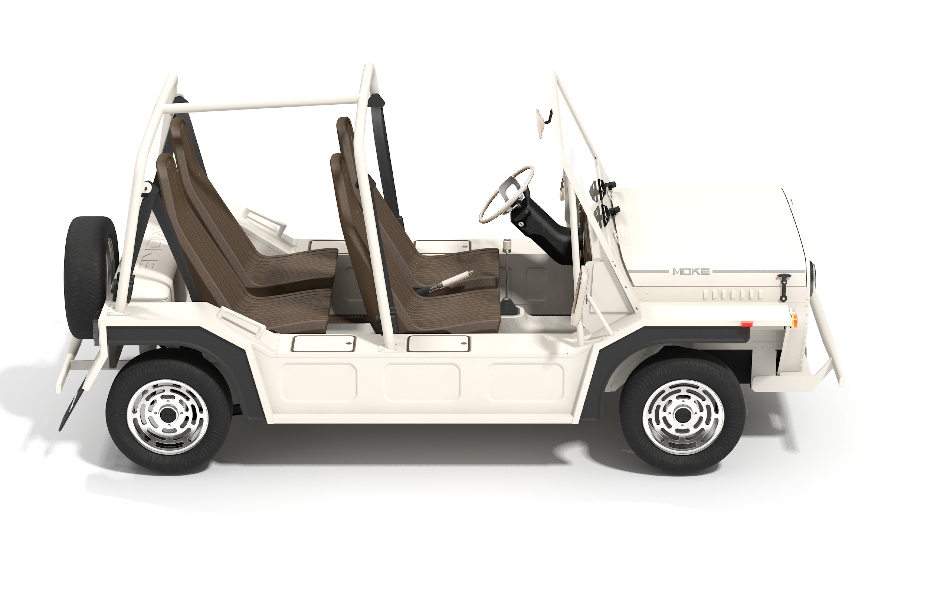