an exploration of public play, moment factory’s ‘grid’ imagines a future where social gaming and public space come together. influenced by the dynamic arcade culture of the 1980s, ‘grid’ revives social gaming spaces with classic game mechanics intact. passersby can join in with strangers, or with friends, to discover a new way of playing together: in public spaces. 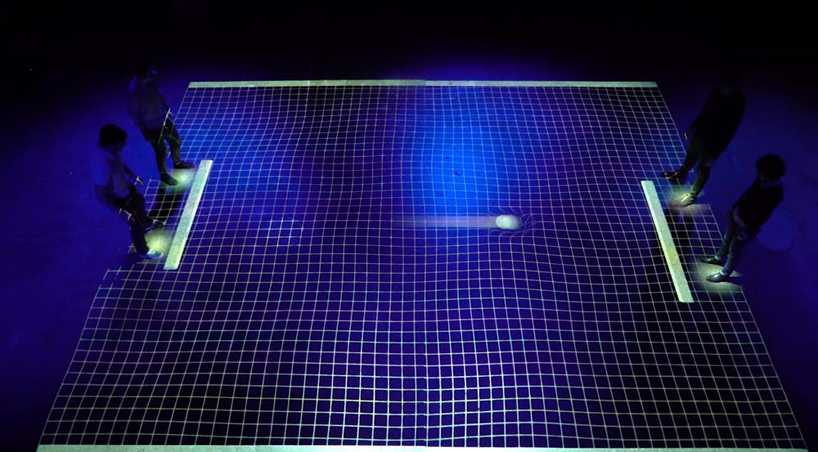 moment factory has successfully developed ‘grid’, a large-scale, life size version of pong. the futuristic game makes use of lidar to track player movements, allowing teams of two to act as virtual paddles on a huge projected game board. the design studio’s team, influenced by lidar technology used to track objects around self-driving automobiles, spent one year experimenting with the sensor and wrote its own software to allow it to track moving people accurately. 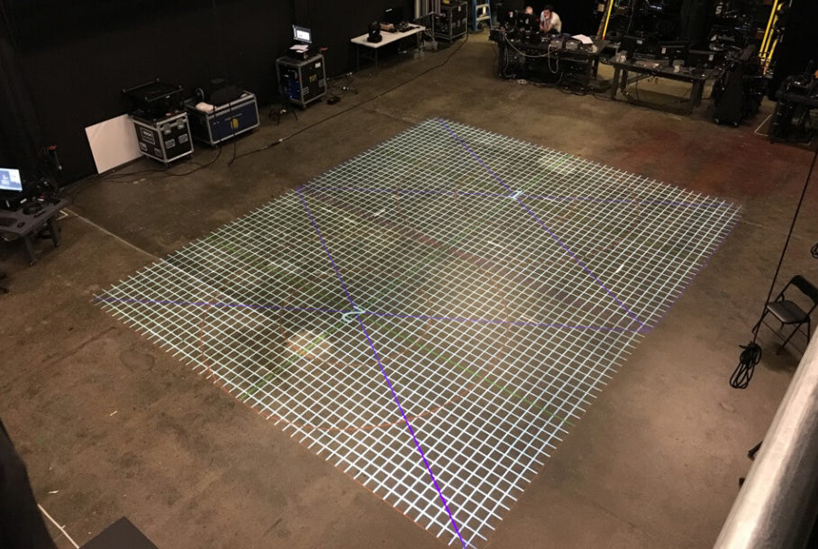 ‘with one lidar in the corner of the room, we could reliably track the position of a dozen or so people’, moment factory comments on its website. it continues, ‘so we set about turning our 40 x 60 ft (12 x 18 m) black box into a giant game interface using unity as a visual and gameplay frontend.’ 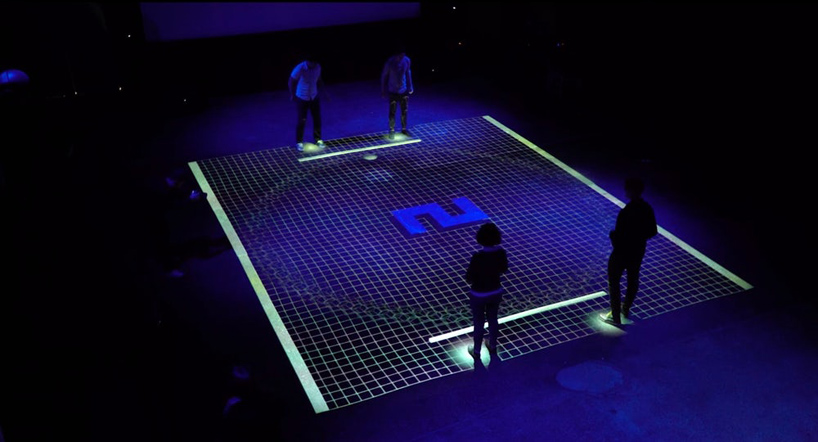 perhaps the most impressive feature of the ‘grid’s’ lidar technology is that it requires just one sensor to track a whole space accurately, with up to twelve people simultaneously. the gameplay looks impressively dynamic with little latency between a person’s movements and the corresponding paddle, resulting in the classic pong game becoming a very physical experience. 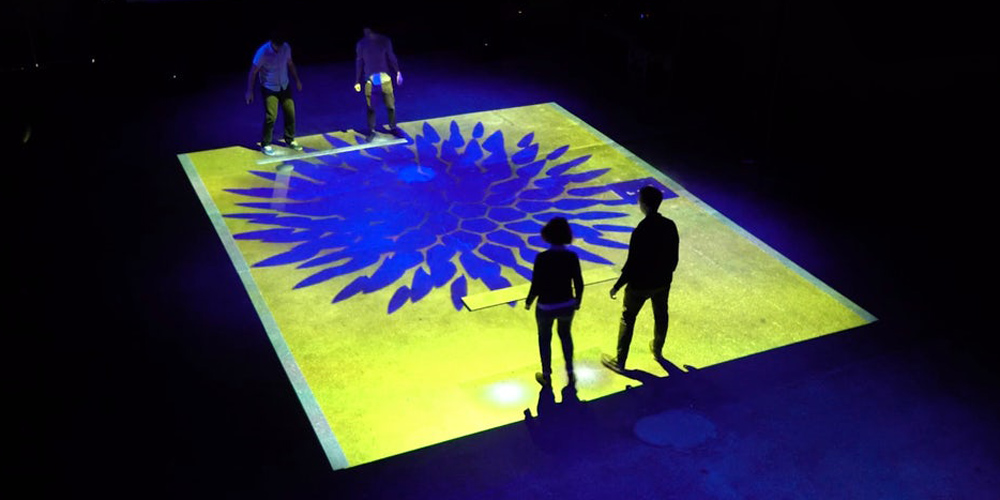 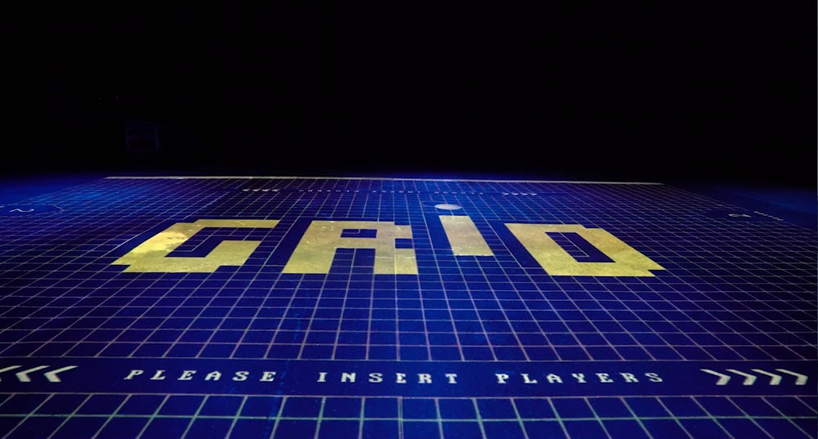