a team of scientists in italy have successfully ‘drawn’ portraits of the mona lisa, albert einstein, charles darwin and others, using bacteria. the researchers genetically modified millions of bacteria to smoothly swim with a light controllable speed, and then arranged them into complex and reconfigurable density patterns using a digital light projector. in doing so, layers of e.coli could be turned into a near-perfect copy of an original source image. ‘swimming bacteria, much like cars in city traffic, are known to accumulate in areas where their speed decreases,’ the scientists describe.‘by controlling swimming speed with proteorhodopsin, researchers can manipulate the local density of bacteria simply by projecting different patterns of light.’

in a paper published by the scientists, who hail from the sapienza university of rome, the team summarizes its actions: many motile microorganisms react to environmental light cues with a variety of motility responses guiding cells towards better conditions for survival and growth. the use of spatial light modulators could help to elucidate the mechanisms of photo-movements while, at the same time, providing an efficient strategy to achieve spatial and temporal control of cell concentration. here we demonstrate that millions of bacteria, genetically modified to swim smoothly with a light controllable speed, can be arranged into complex and reconfigurable density patterns using a digital light projector. we show that a homogeneous sea of freely swimming bacteria can be made to morph between complex shapes. we model non-local effects arising from memory in light response and show how these can be mitigated by a feedback control strategy resulting in the detailed reproduction of grayscale density images. 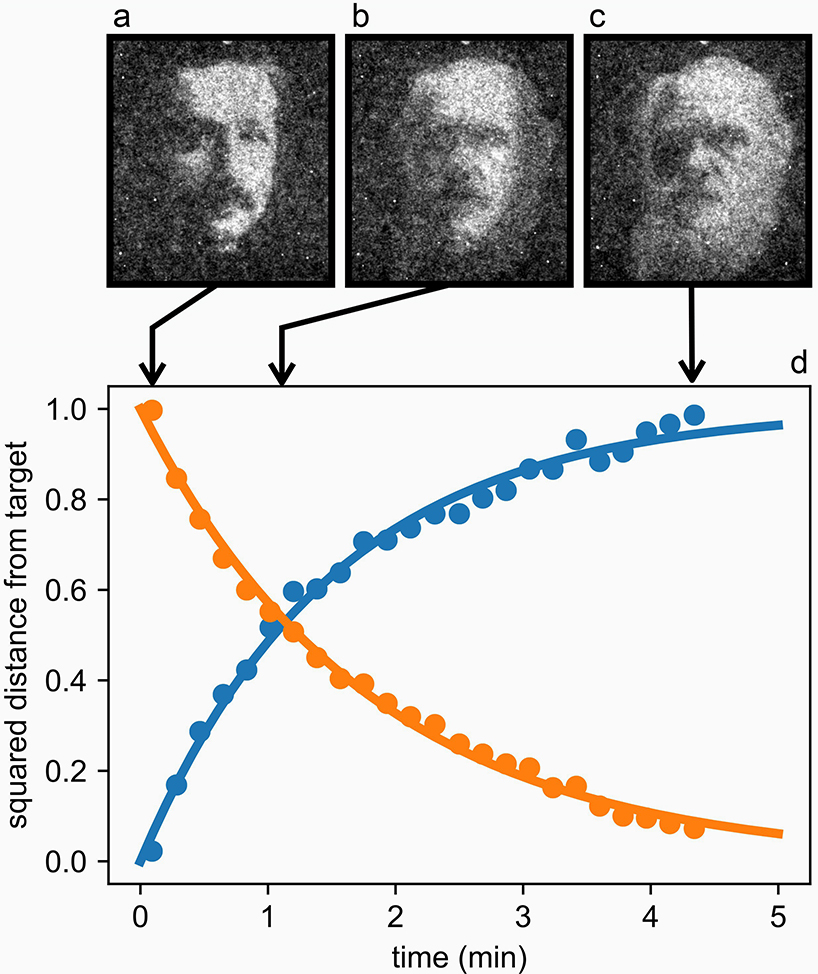 while the scientists have demonstrated the ability to dynamically arrange bacteria into complex two-dimensional patterns — and created realistic portraits in the process — their research is expected to offer a broader reach in the scientific community: this work allows us to control the movement of large populations of bacteria more precisely than ever before. this could be extremely valuable for building the next generation of microscopic devices. for example, bacteria could be made to surround a larger object such as a machine part or a drug carrier, and then used as living propellers to transport it where it is needed. 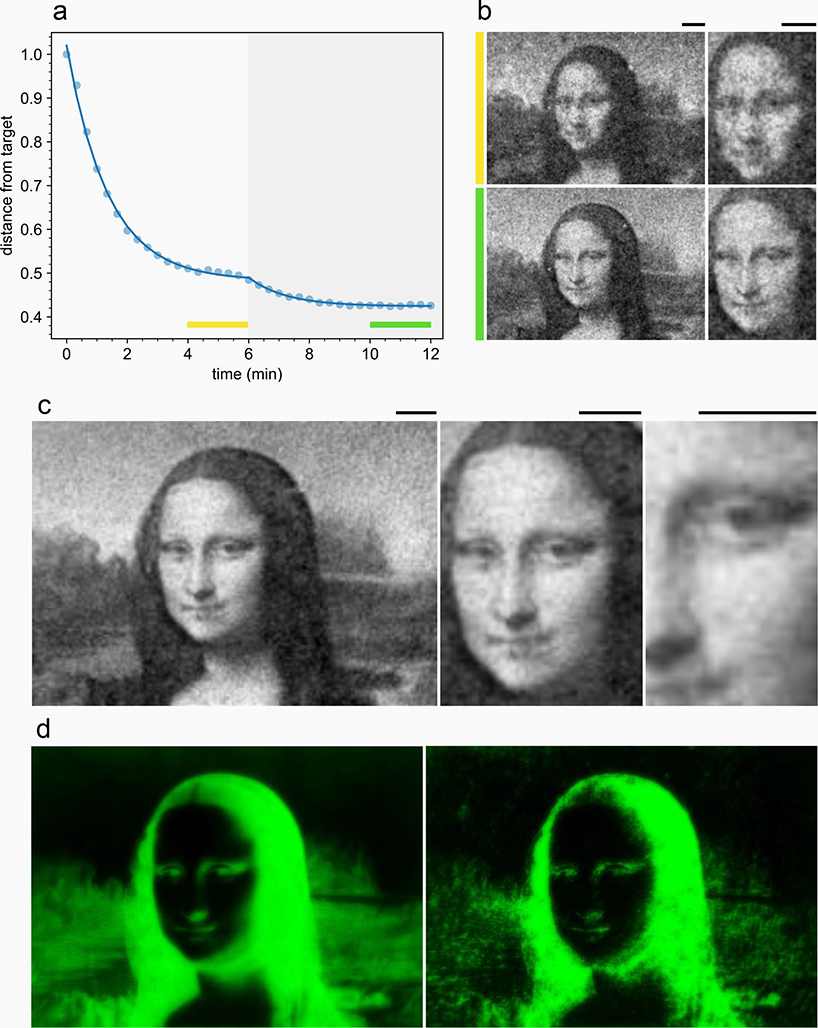 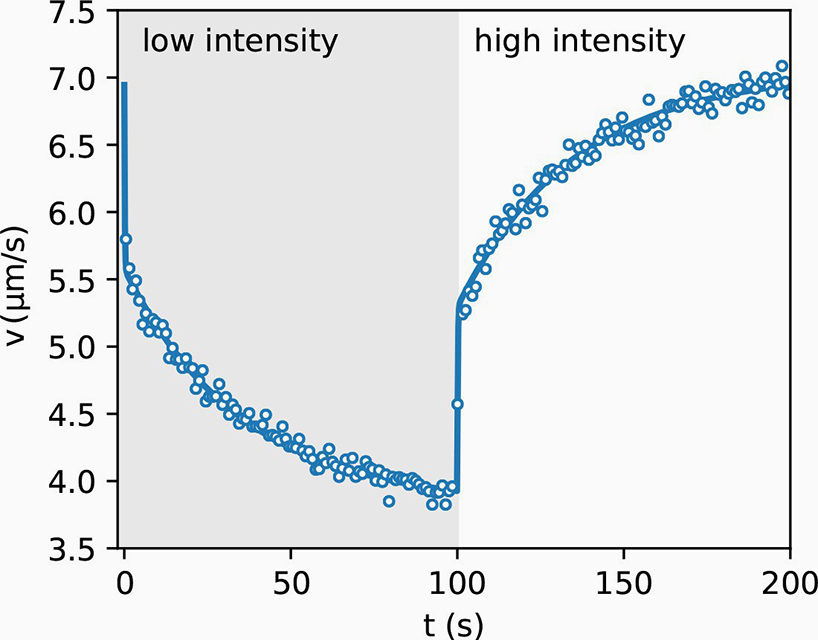 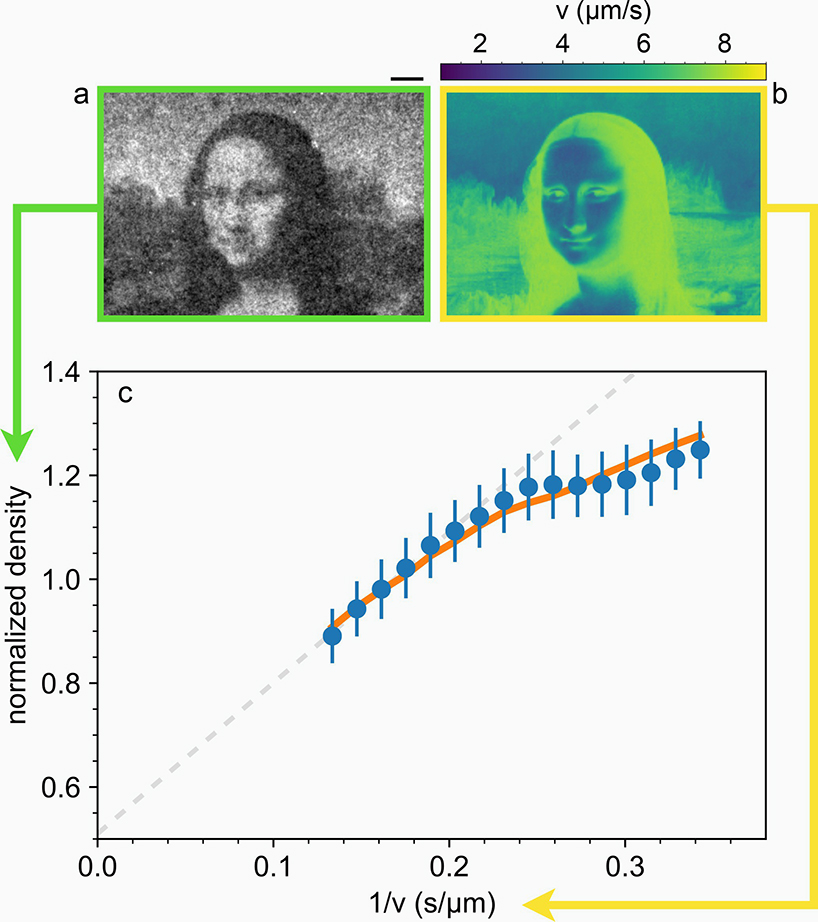 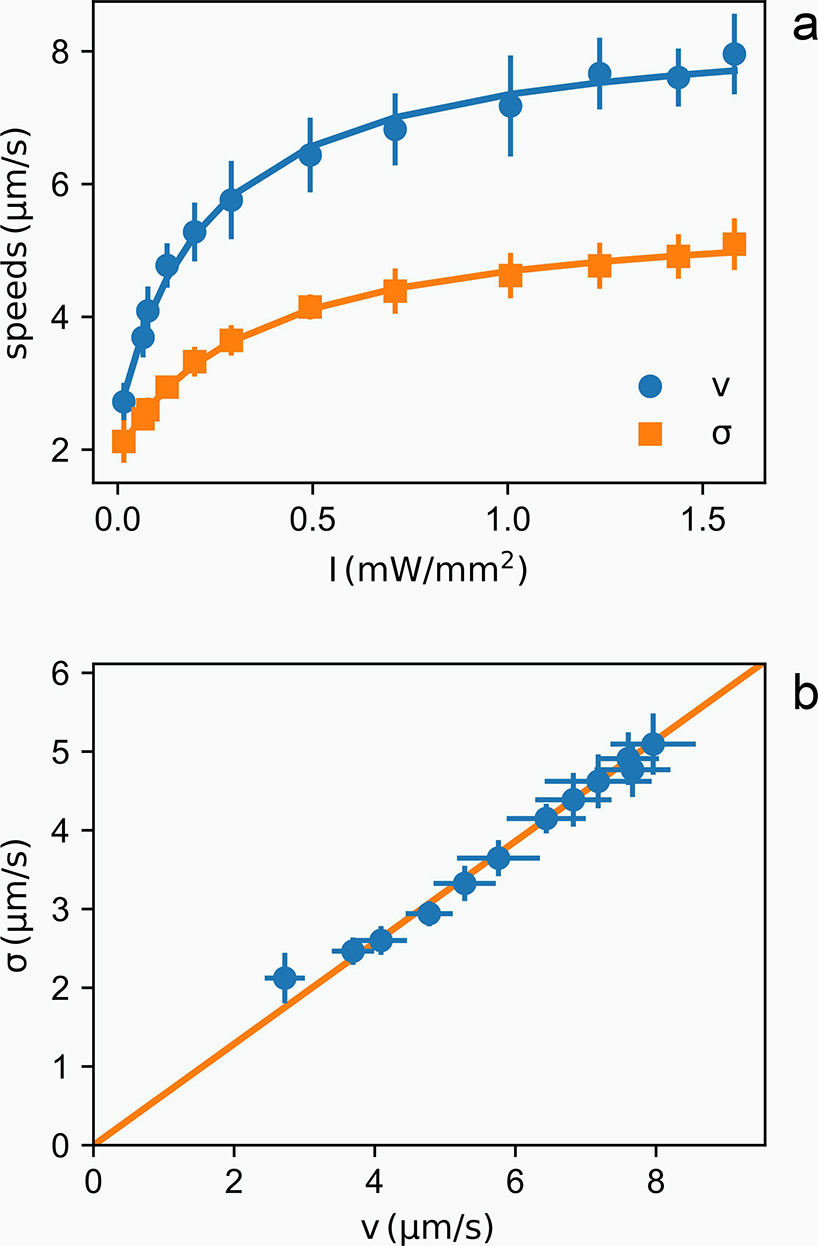 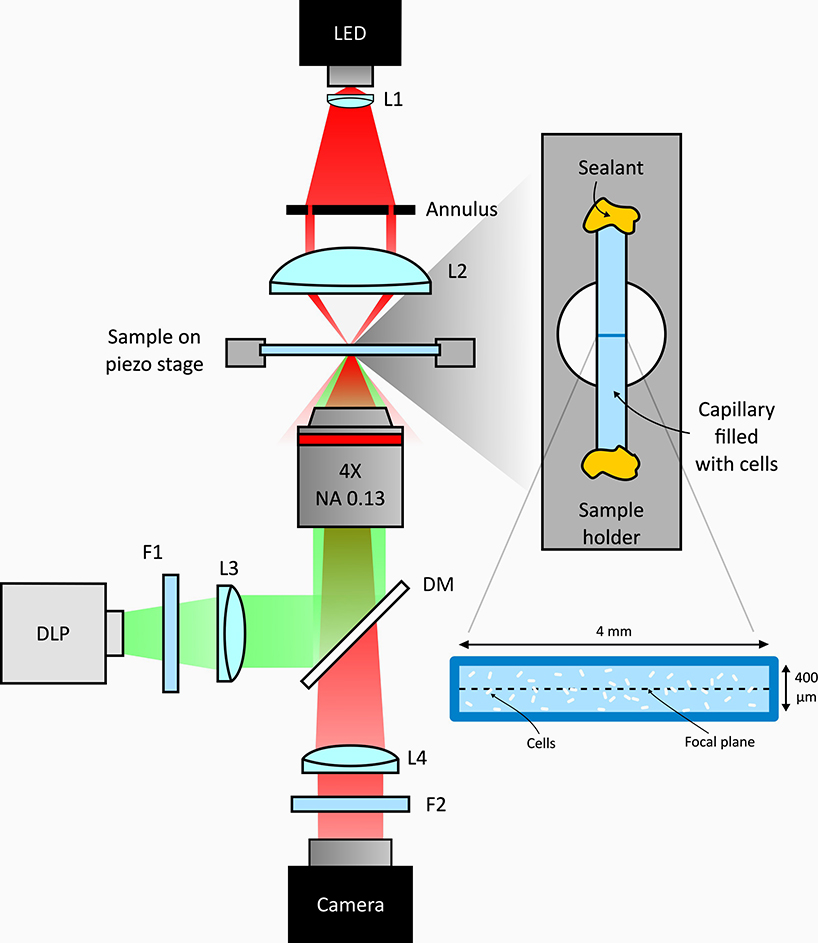 schematic representation of the custom inverted-microscope used in the experiments