the morgan motor company was founded in 1910 by henry frederick stanely morgan. based in worcestershire, UK they are famous for their ‘v-twin’ single seat three wheeler, which was their first design and later fabricated in 1911. the family owned british motor car company announced a prototype electric model ‘EV3’ that could possible spawn the next generation of their classic three wheeler. the EV3 is based on the standard Morgan ‘3 wheeler’ that was reintroduced back in 2011. 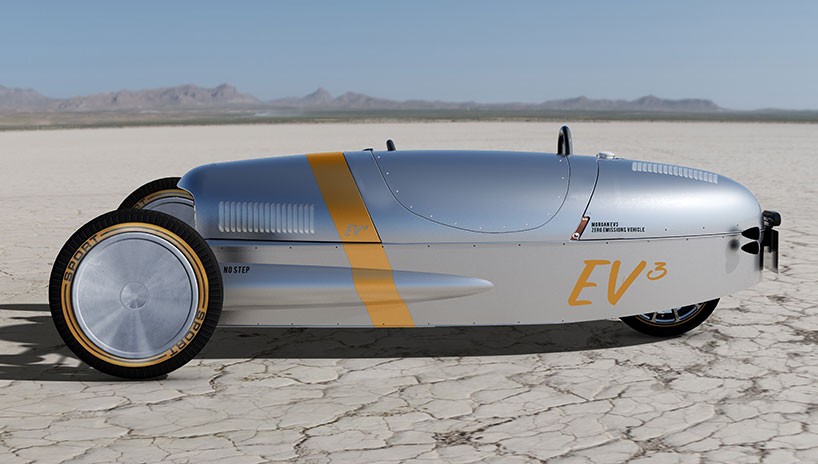 testing of the morgan ‘EV3’

made to order, the automobile looks at the world of zero emissions motoring with an entirely different approach. a single rear electric motor provides 75 kilo watts and the overall weight is less than its combustion based counterpart at 450 kilograms. the range is expected to be approximately 150 miles (241 km). the mock-up version is currently undertaking full testing and a development program, and is expected to go into production towards the end of 2016. the morgan ‘EV3’ prototype will be on show later in june 2015 at the goodwill festival of speed. 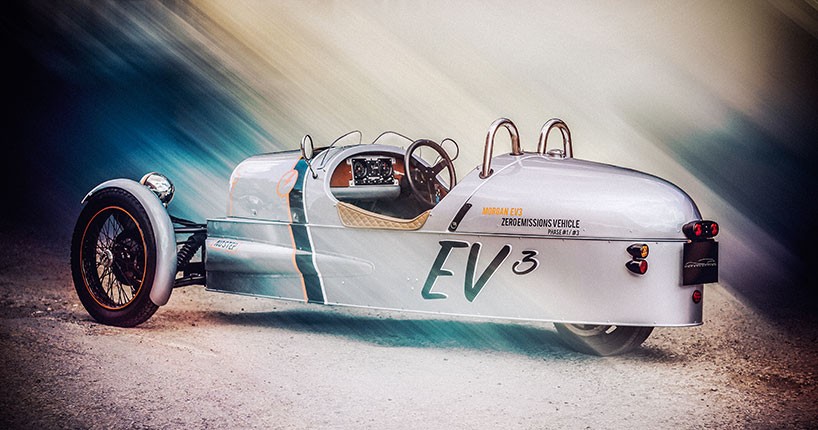 sketch of the electric automobile