at CES 2012, motorola debuted its ‘droid 4’ and ‘droid razr maxx’, both serviced by verizon. while the ‘4’ offers a better keyboard and increased processing power compared to its predecessor, the slim-profiled ‘razr maxx’ offers among its other features a battery length of 21 hours of consistent talk time with a single charge. 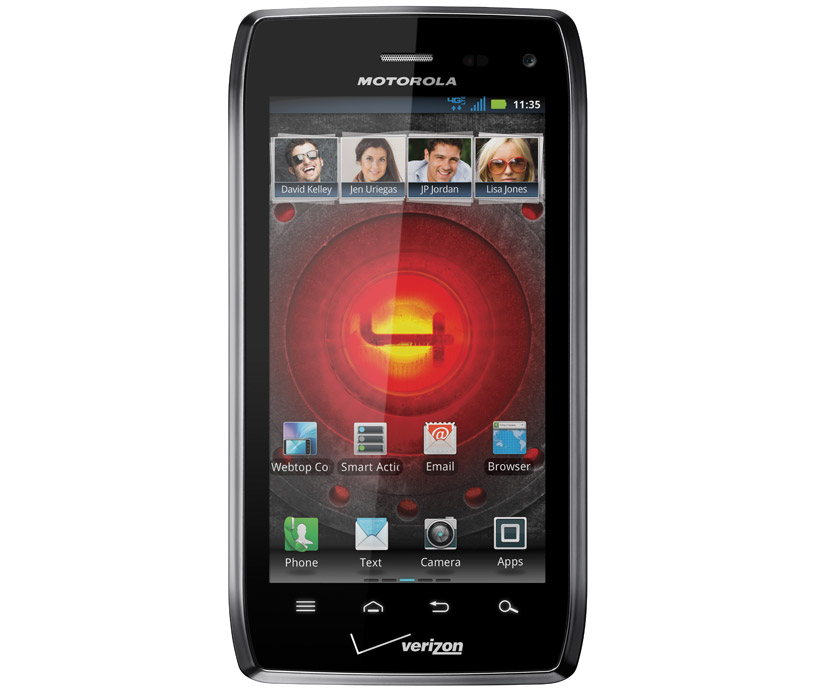 view of the ‘droid 4’ closed 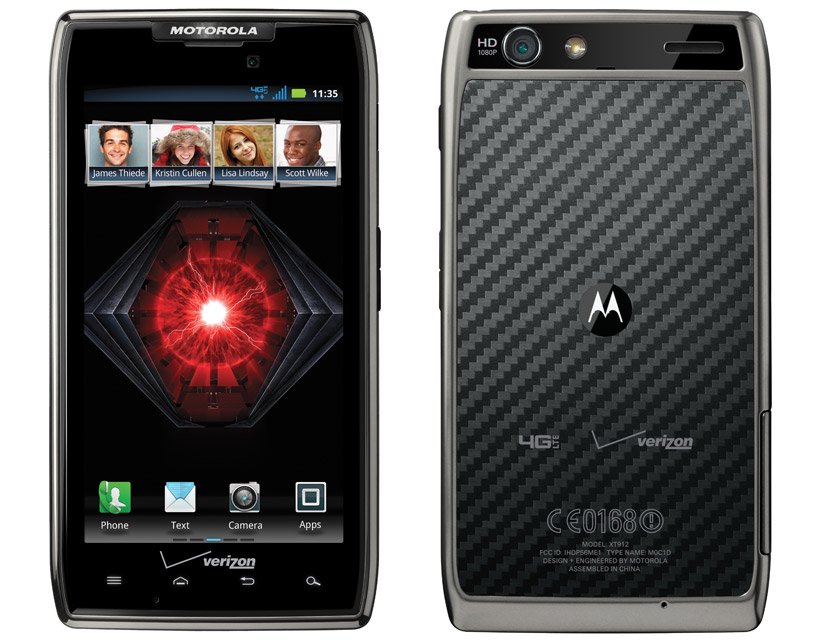 of a similar form factor to the ‘droid 4’ but featuring more powerful specs, the ‘droid razr maxx’ measures 5.1 by 2.7 inches (130.7 x 68.9 mm). its most impressive feature is its battery, featuring an alleged 21.5 hours of talk time on a single charge; in standby, the phone’s battery lasts 380 hours (over two weeks). while slightly thicker than the former ‘razr’ at 0.35-inches (8.9-mm), the phone is still one of the thinner options on the market and weighs only 5.1-ounces (145g), topped by a 4.3-inch 540×960 super AMOLED screen. the device also features corning gorilla glass in its production and a coating of water-repellent nanoparticles. 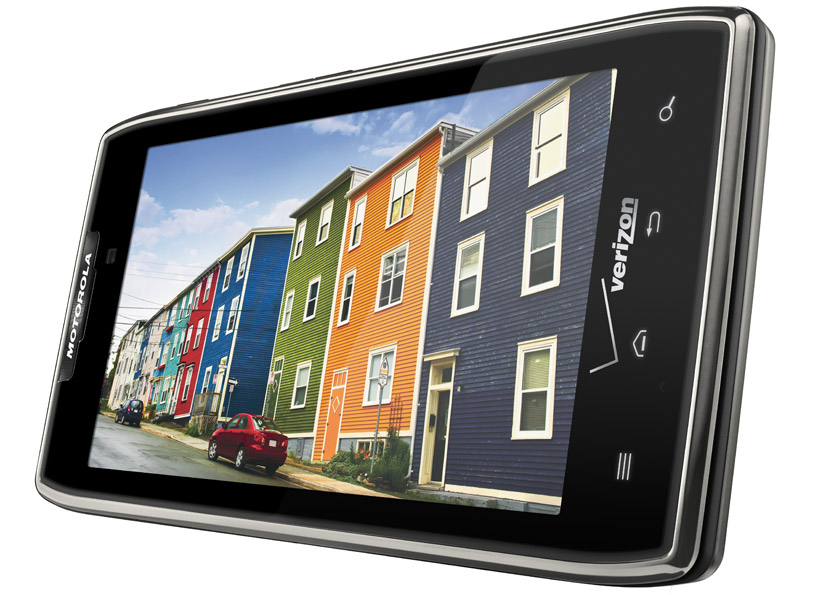 ‘droid razr maxx’ in use

while pricing for the ‘droid 4’ has not yet been revealed, the ‘droid razr maxx’ is expected to retail at 300 USD with a two-year agreement. simultaneous to the releases, motorola announced the availability of the previous generation ‘razr’ in purple, for the cost of 200 USD. 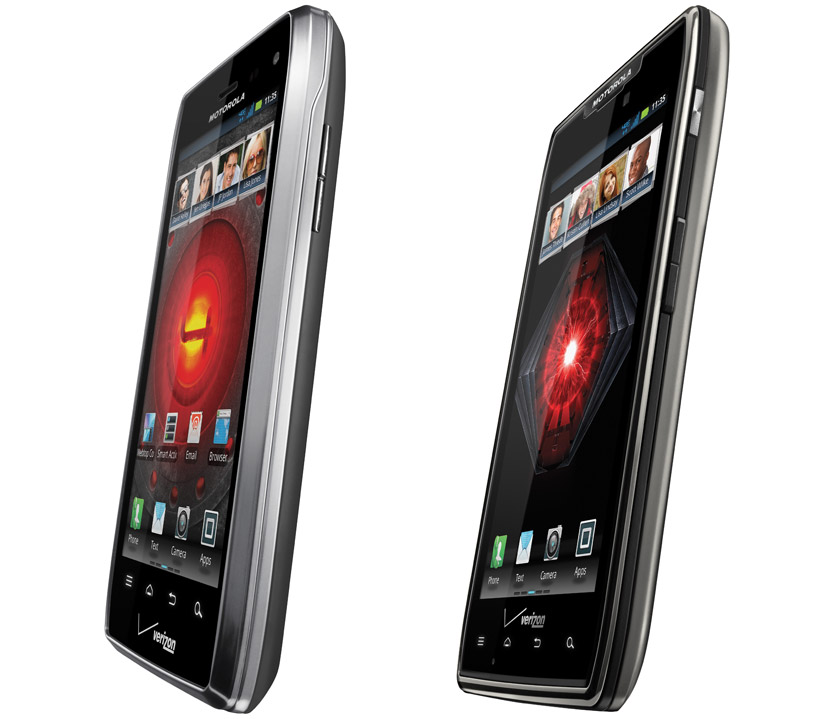