not for arachnophobes, the mclaren 600LT spider segestrai borealis supercar is inspired by an actual arachnid – the segestria florentine. this mclaren special operations-created car is intensified with additional performance enhancements, before adorning a web-like aesthetic. only 12 editions will be made, all specifically for the US market.

the original design of the mclaren 600LT spider was first revealed in june 2018 and then lost its top at the start of 2019. it boasted a 3.8-liter twin-turbo V8 with 592 hp and 620 nm of torque, which raced it from 0-60 mph in 2.9 seconds and to a top speed of 201 mph. the ‘spider spider’ edition, as it is called at mclaren, is all about new details, though, starting with its wild paint scheme. 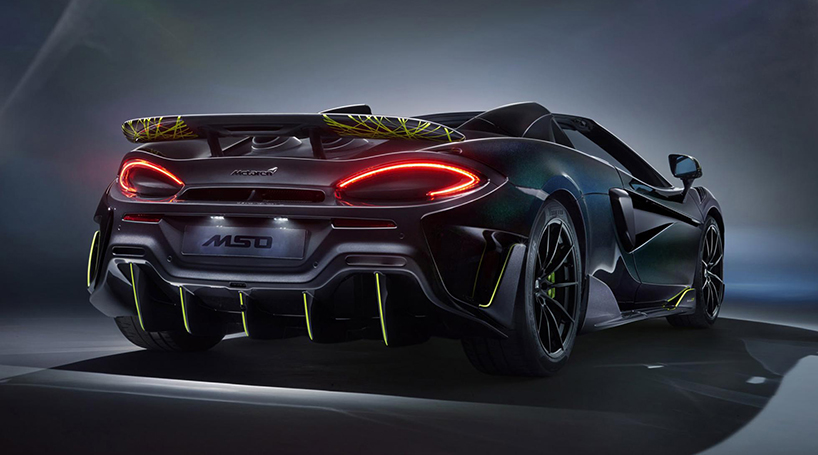 all images courtesy of mclaren

striking napier green highlights contrast dramatically with the borealis black bodywork of the mclaren 600LT spider segestrai borealis. this special color features deep green and purple undertones to define an even more intimidating aesthetic. the napier green marks two stripes, which run from the nose to its vertical exhausts, as well as the brake calipers and full-body pin-striping. it also outlines web accents on the rear wing, side mirrors and seats. 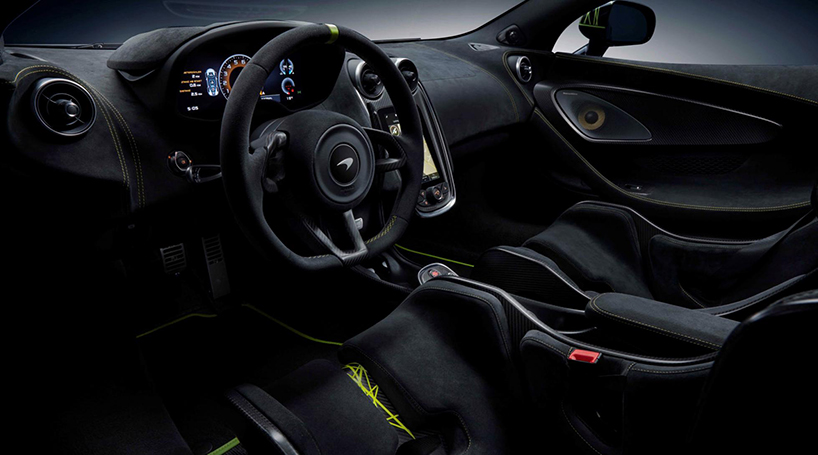 its unique bright green color also features as the upholstery stitching as well as painting even more webs inside. the car is equipped with the MSO clubsport pack as standard, which includes carbon fiber racing seats, interior trim and glossy fender louvers. the new equipment does not stop there, though, as it is also fitted with a top-spec bowers and wilkins audio system, nose lift system and an upgraded alarm system.