during 2019’s milan design week, MuDD architects collaborated with canya viva, summum engineering and AKT II to build ‘terramia’ housing prototypes using a combination of drone spraying, drone blowing and drone lifting. realized in just 5 days in palazzo regione lombardia, the team utilized local raw materials, such as mud and bamboo, to form the series of earthen shells. the bamboo was sourced in a forest 20 km from milan, while the sands and clays were excavated and collected from the city’s suburbs. without the requirement of skilled labour and with its short construction period, the project aims to showcase how the prototype could be potentially used for low-budget or humanitarian shelter. 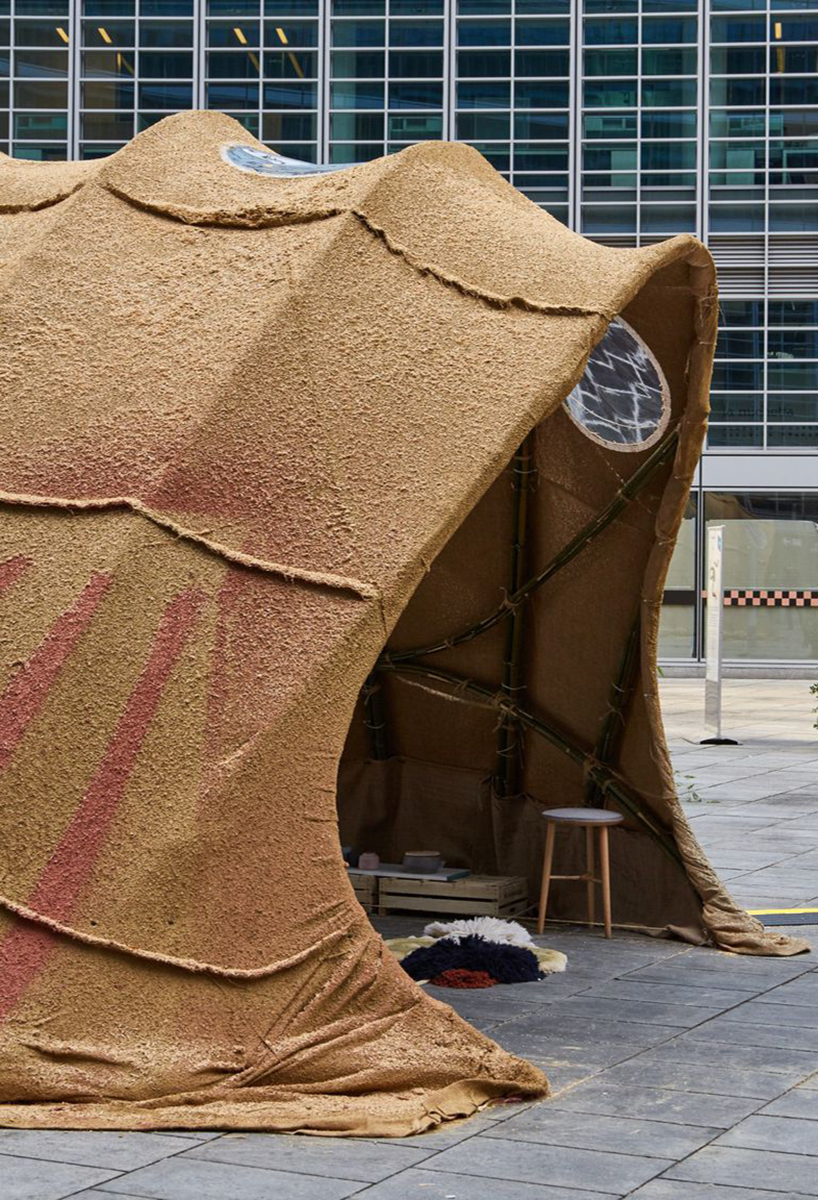 drone technology was used to spray wet mixes onto the fabric

working on site, the bamboo structures were first raised by the team using five thin arches per vault, which provided a robust skeleton to receive the layer of heavy mortars on top. drones were then employed to lift and cover the forms in a large tailor-made fabric, removing the necessity of human labour and therefore bringing construction costs down. drone technology was also used to spray wet mixes and to blow dry fibres for insulation. the process, which took place in an urban context with a significant flow of pedestrians, offered the public a new vision of drone architecture, showcasing the potential capabilities and applications.

video by diego delgado with extracts from studio NAARO

by utilizing strictly local raw materials, the ‘terramia’ prototype intends to provide a vision of the future. by combining skills from the respective studios that form the pluri-disciplinary team, the project steps away from traditional building processes and lengthy construction periods to envision how we can create housing that is not only more sustainable, but also more cost-effective. 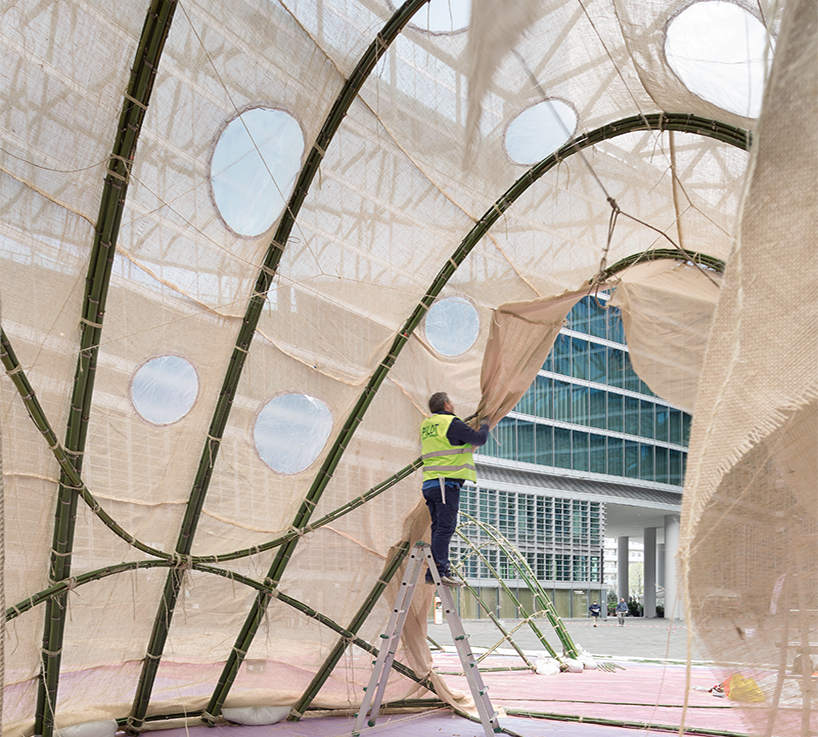 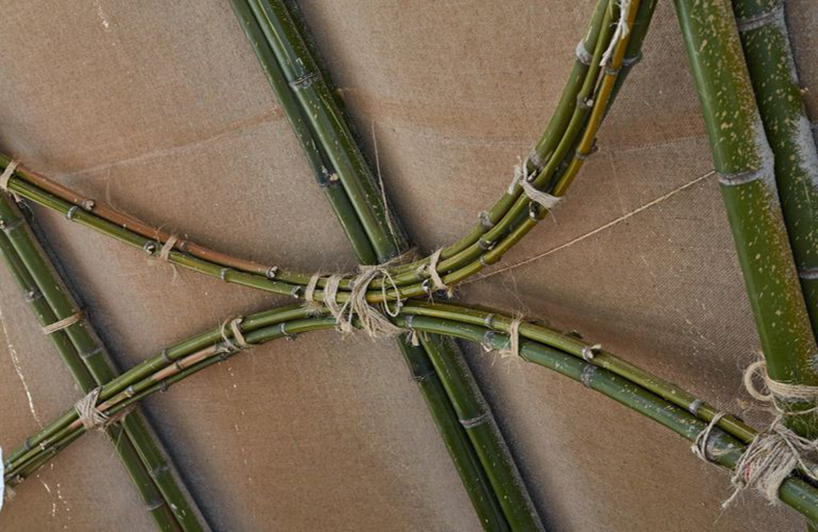 the bamboo was sourced in a forest 20 km from milan 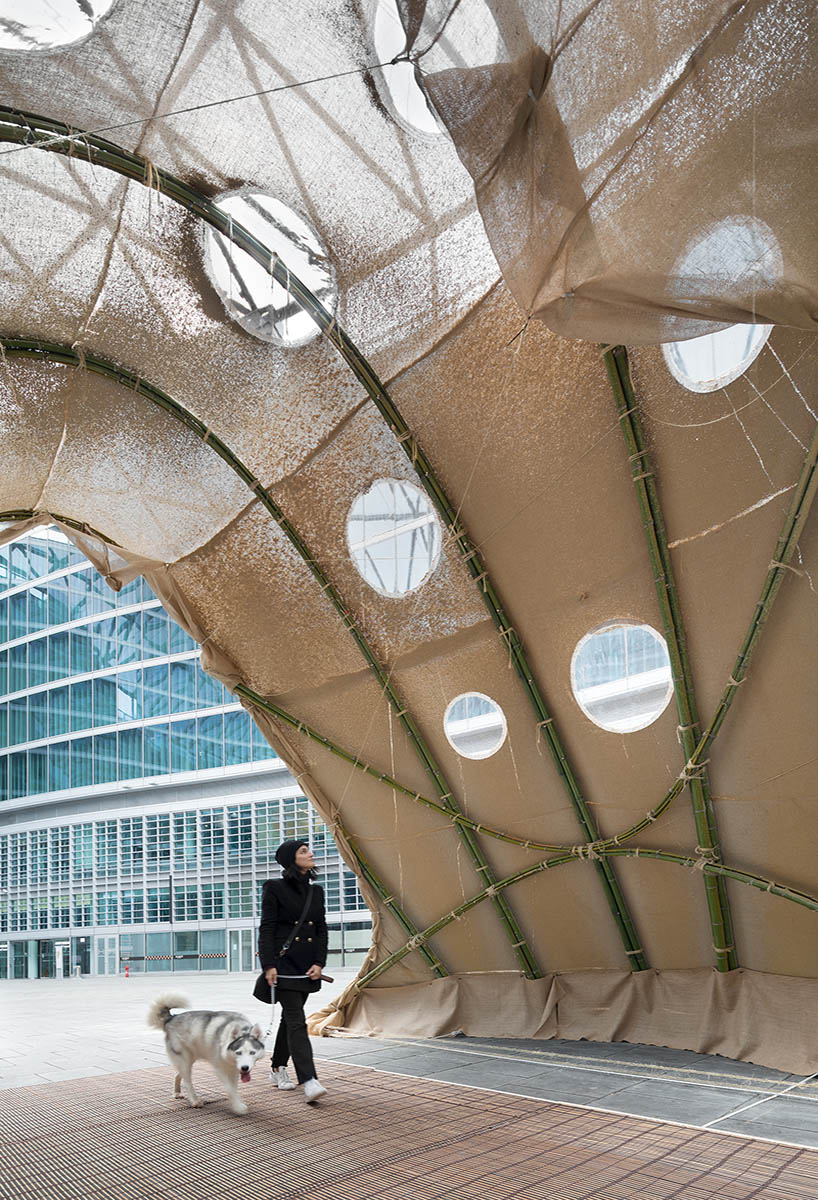