france-based aldebaran robotics company has just released the next-generation model of its ‘nao‘ programmable humanoid robot. standing 1.9 feet tall (57-centimeters), ‘nao’ sees via high-resolution cameras and can understand and localize both visual and audio input, permitting it to communicate with users in eight different languages as well as walk and learn via built-in algorithms.

in comparison to its predecessor, the new model of ‘nao’ features a higher-power 1.6GHz intel processor capable of handling two HD video streams simultaneously and thereby of completing identification tasks more quickly. a new speech recognition software called nuance improves communication, while the robot’s physical movements have been optimized as well as improved with collision avoidance. 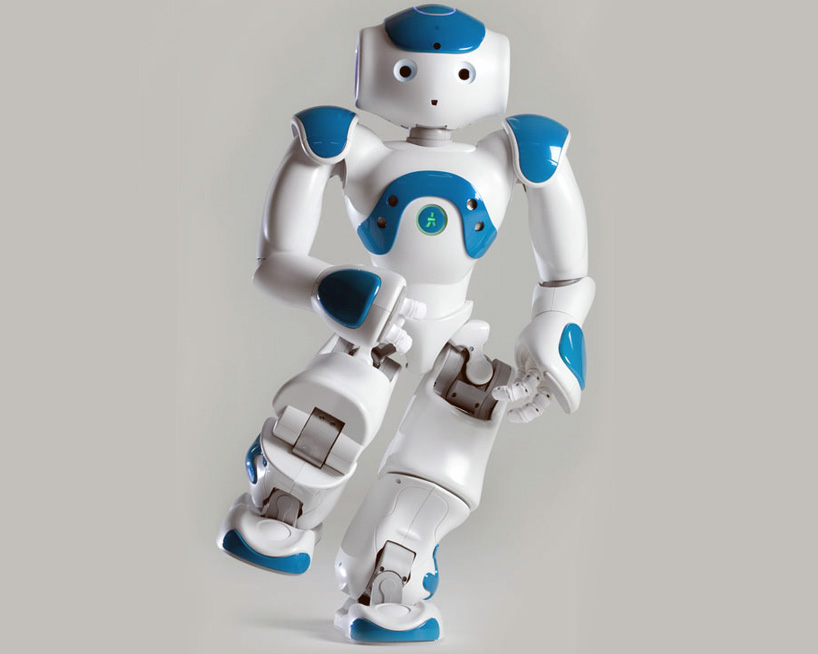 ‘nao’ uses four microphones to track sounds, communicating in eight languages via voice recognition and text-to-speech technology. the multiple audio sensors are utilized for sound localization, as any noise will hit each at different times, and ‘nao’ can calculate from this data the location of the subject.

the robot sees via two 920-pixel cameras– one at its forehead for a general view of scenes and the second at mouth level to scan the more immediate environment. both are capable of capturing up to 30fps. internal algorithms offer face and shape recognition, including the capacity for learning, and the visual feeds can also be transmitted to external devices.

capacitive sensors on the top of the robot’s head permit users to communicate via touch, pressing or tapping in diverse patterns to trigger prespecified actions. 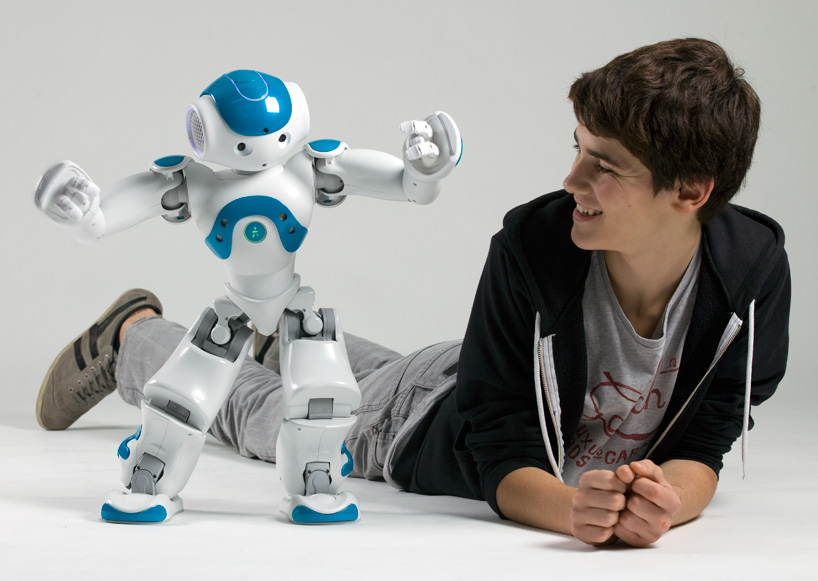 the robot can understand and communicate in eight different languages 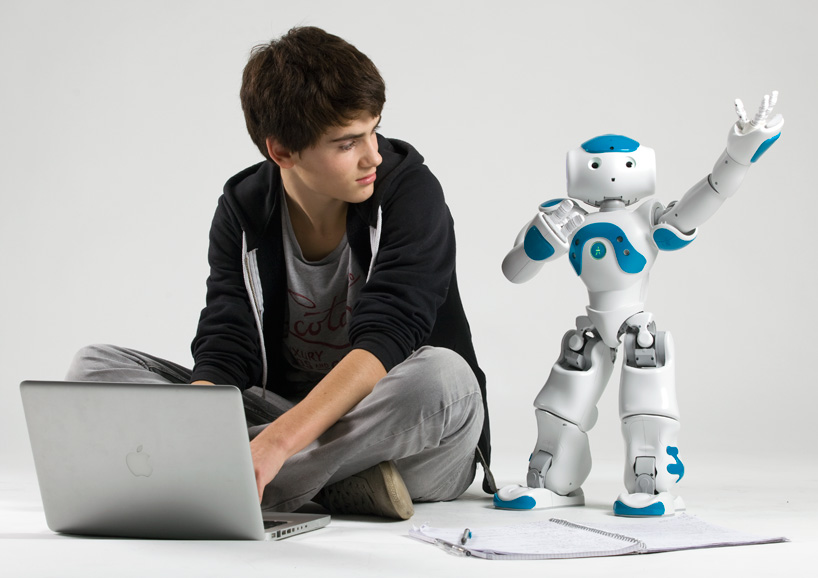 view of the robot in action

featuring prehensile hands, ‘nao’ is capable of grasping a range of objects. it can also walk on a variety of floor surfaces, easily transitioning from one to another. when ‘nao’ loses its balance, the robot’s ‘fall manager’ system cancels all current motion tasks, puts the robot’s arms in a protective position, and lowers its stiffness measurement to zero to prevent damage. 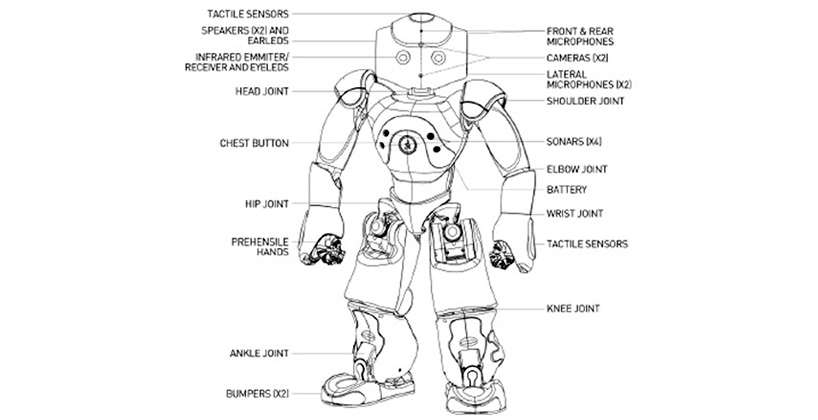 supporting wi-fi and ethernet ‘nao’ is also completely programmable. developers have written programs wherein ‘nao’ can offer a personalized weather report or connect and stream internet radio. the robot is also capable of processing infrared transmissions, permitting devices to communicate with one another and with many domestic appliances.

demo of the new ‘nao’