since its expansion in may 2016, BEAM (bigelow expandable activity module) has undergone radiation shielding experiments and routine microbial air and surface sampling by members of the ISS crew. their studies have shown that soft materials can perform as well as rigid ones for habitation volumes and that BEAM has performed as designed in regards to space debris. as of december 4, 2017, NASA has decided to keep BEAM on the team; the soft module will stay attached to the international space station a little longer — through 2020 at the very least. 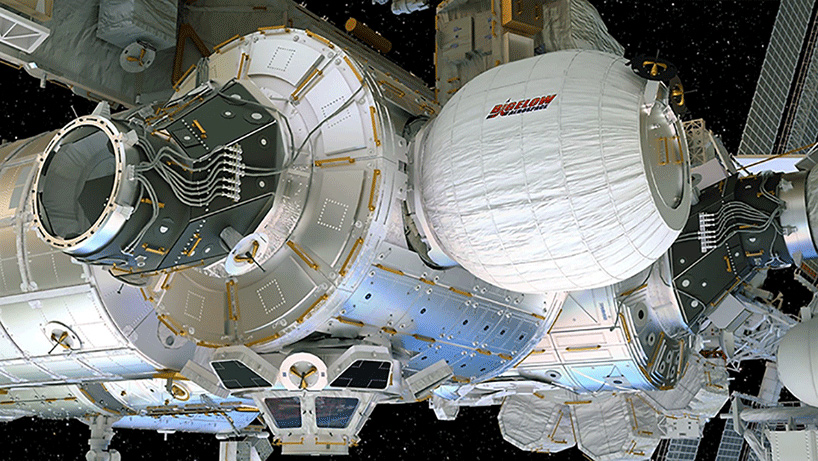 packed, the module has a volume of 1.4 m3 (50 ft). when expanded, 16m3 (565 ft). bigelow’s BEAM holds 130 cargo transfer bags of stowage, frees up vital room for astronauts, and is now decked out with a full suite of NASA’s thermal, impact, and radiation sensors. BEAM is about to become a lot more utilized on the ISS. 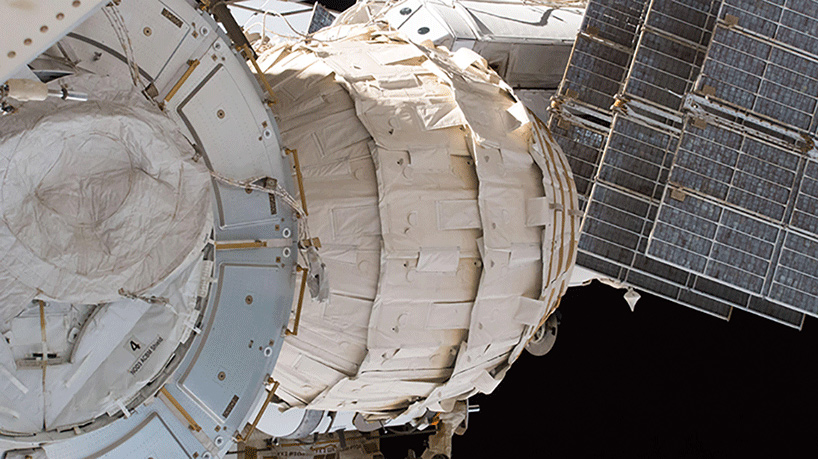 BEAM originally rode the eighth spaceX commercial resupply service mission into orbit in 2016. since then, space station crew members have entered bigelow’s expandable activity module more than a dozen times. all samples from experiments conducted inside return to earth for microbial analysis at the johnson space center. it’s standard protocol, but the NASA/bigelow friendship is far more than standard; this public-private partnership supports NASA’s objective to develop deep space habitation for human missions beyond earth, and it supports commercial capabilities for non-government applications (aka, the growth of the space economy). 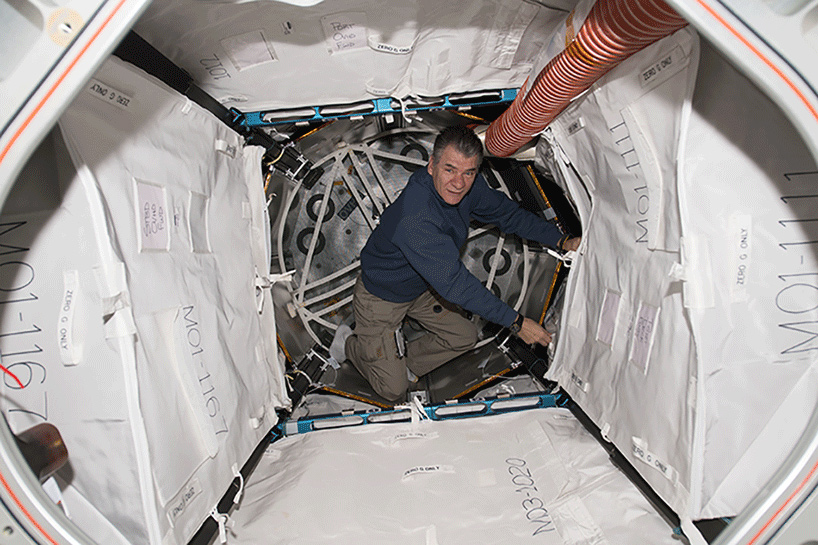 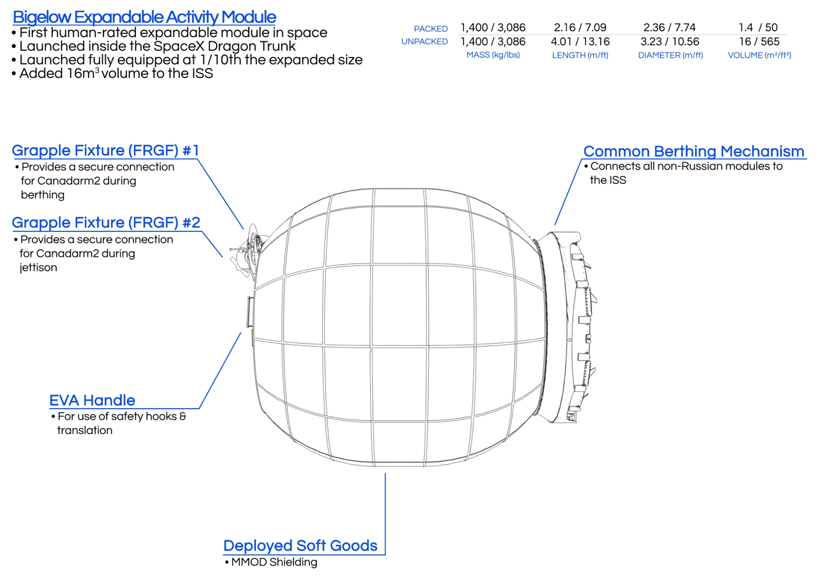 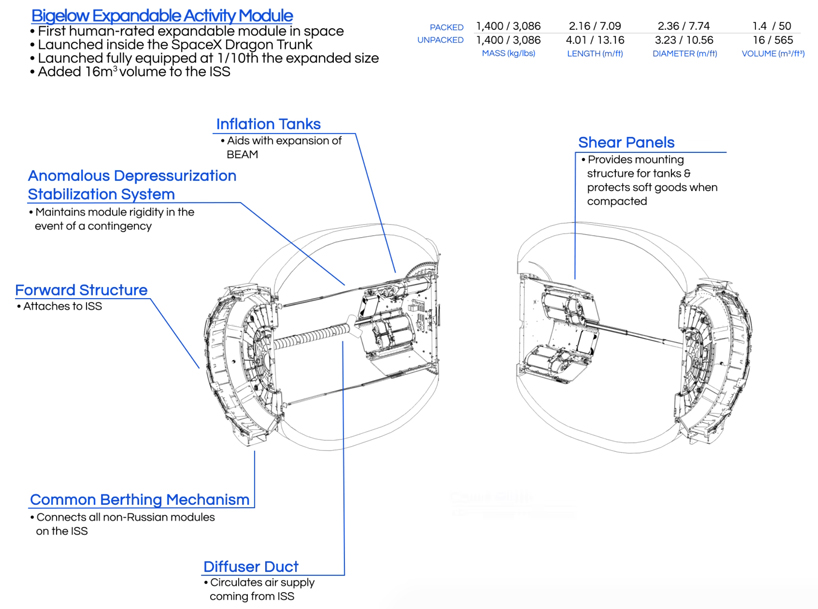