DART by NASA crashed Into an asteroid

At 7:14 p.m. ET on September 26th, NASA successfully filmed Double Asteroid Redirection Test (DART) crash into a tiny asteroid named Dimorphos for its first-ever test of planetary defense. NASA writes that if this test becomes successful, the same technique could be used to protect the Earth from a threatening asteroid impact in the future, should one ever be discovered or happened. The space agency’s attempt sets a foolproof protection mechanism for people living on Earth. According to NASA, ‘while the asteroid poses no threat to Earth, this is the world’s first test of the kinetic impact technique, using a spacecraft to deflect an asteroid for planetary defense.’

As seen in the video during the live crash of DART into Dimorphos, the space agency team rejoiced as visible images of the asteroid were captured by the attached camera (more below) of the spacecraft. Cluster of gray rocks zoomed in as DART got nearer to the asteroid before the screen cracked as it landed. The research team of the DART collision is now working on the scientific data and research that they can derive from the crash. 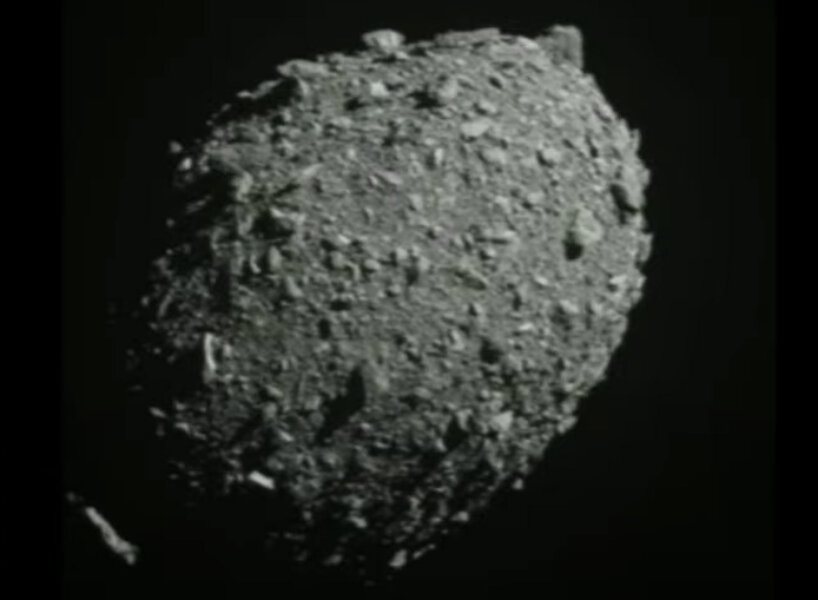 Photographing the impact for scientific research

As NASA writes, each camera will collect scientific data to inform the microsatellite’s autonomous system by finding and tracking the target asteroid Dimorphos throughout DART’s encounter. Parts of the camera’s overall goal of the landing include confirming the spacecraft’s impact, observing the evolution of the ejected plume, and potentially capturing images of the newly formed impact crater, and the opposite hemisphere of Dimorphos that DART will never see.

Editor’s note: designboom has updated the article since the crash occurred. 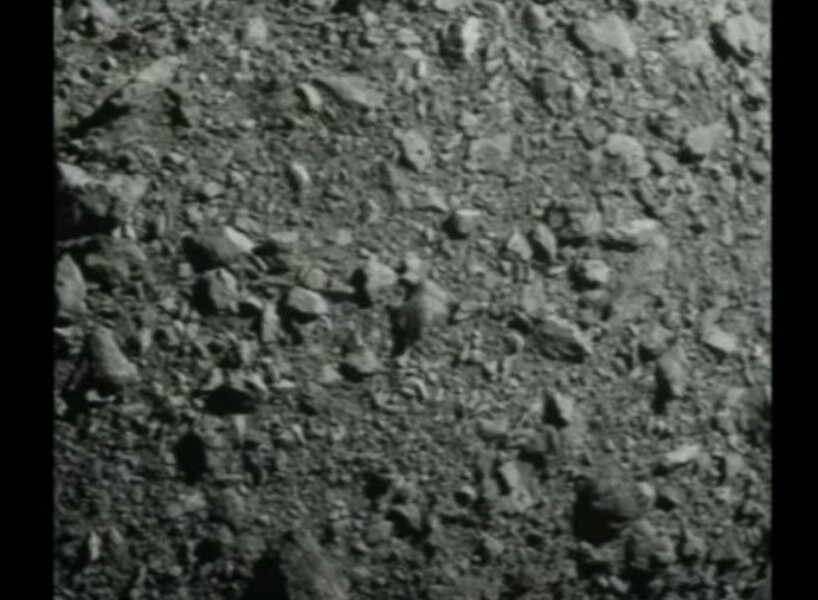 DART will have to rely on itself for the landing

The DART team of NASA has already moved forward with several navigation simulations to prepare its spacecraft for the impact and landing using Non-DRACO (or Didymos Reconnaissance and Asteroid Camera for Optical Navigation) images, but the team shares that it will be the capacities of DART that will be relied on in seeing and processing images of the asteroid Dimorphos and another asteroid Didymos. These images will guide the spacecraft toward the asteroid especially in the final hours before the impact. When the time reaches this point, DART will have to rely on itself to navigate the impact with Dimorphos without the space agency’s team intervening. 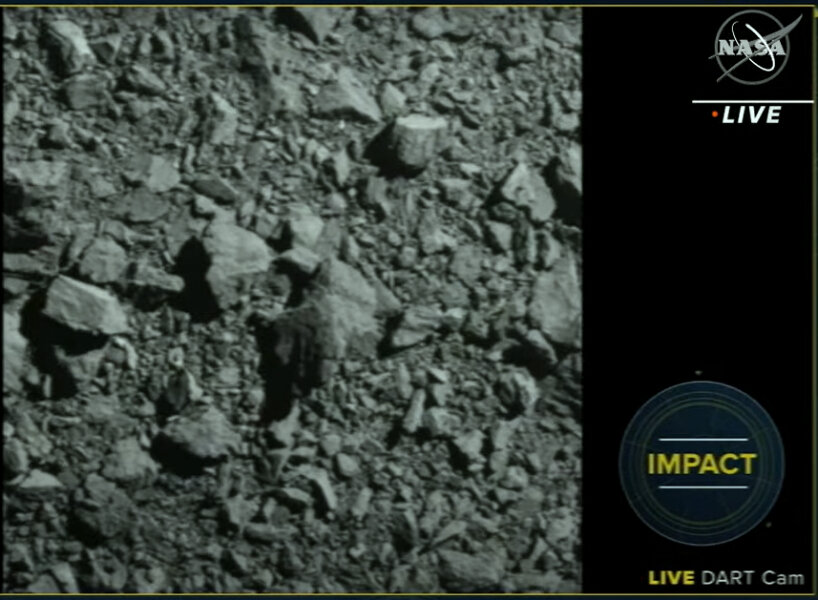 the landing of DART onto Dimorphos 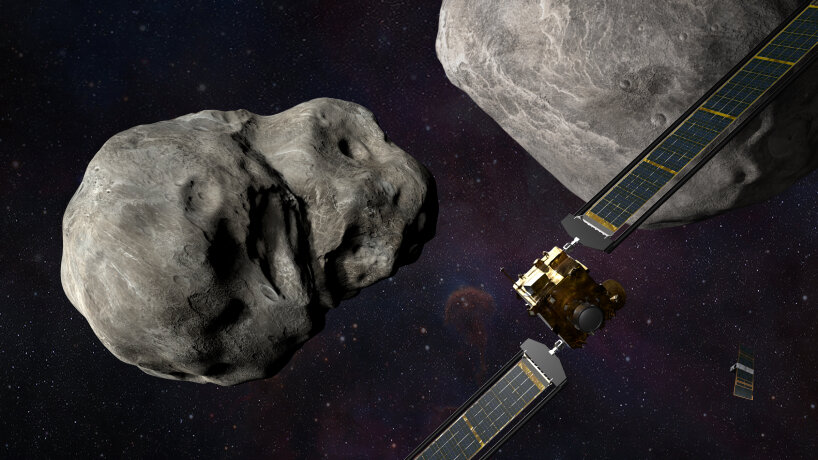 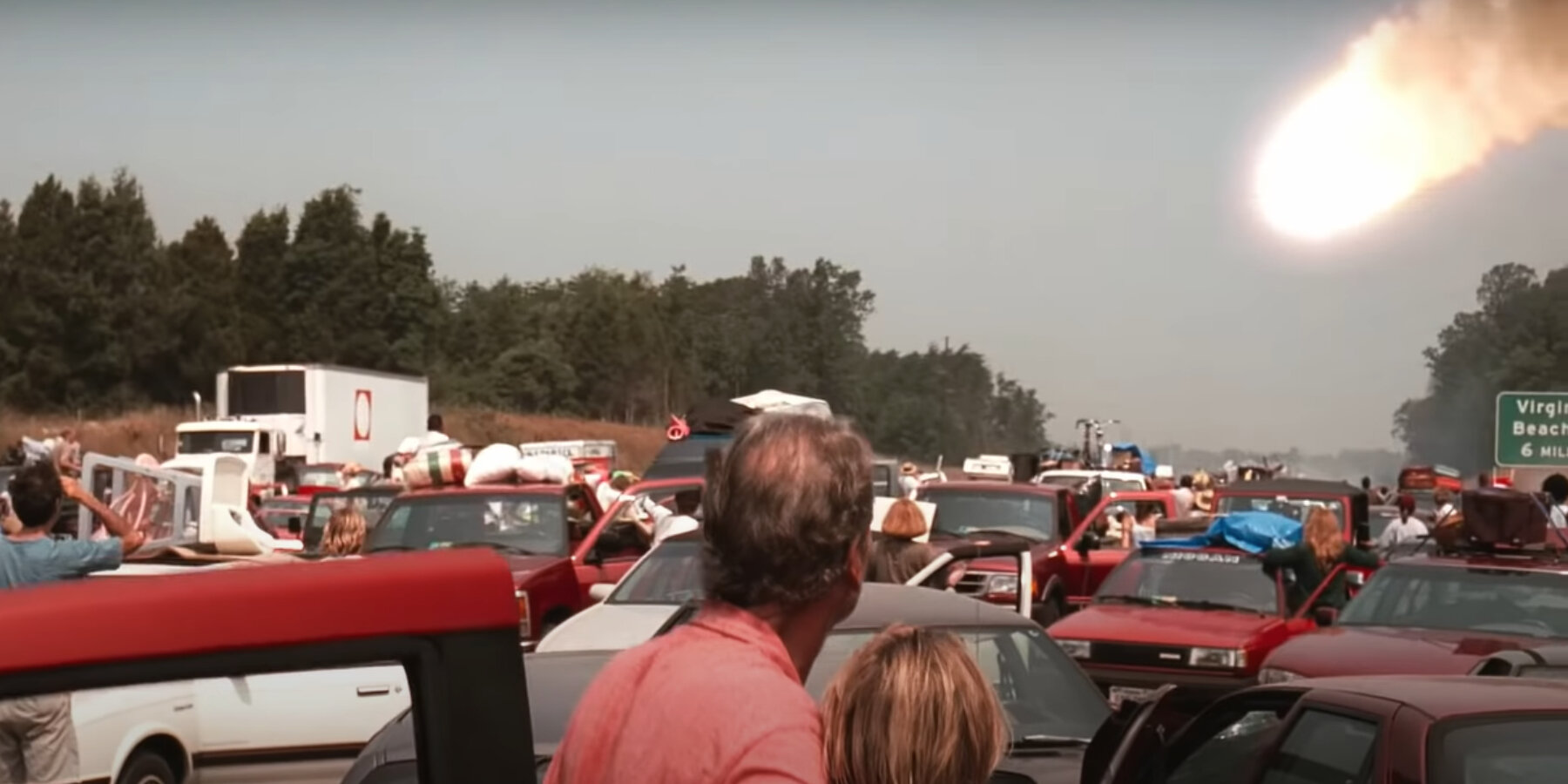 name: DART collision with an asteroid