if you’re struggling with the cold winter weather, give a thought to NASA‘s insight lander, which is now sending daily weather reports from the surface of mars. having touched down on the red planet on november 26th 2018, the spacecraft is now collecting information on temperature, wind and air pressure, and sending it back to earth. the tool offers a fun look into the environment of our neighbouring planet. 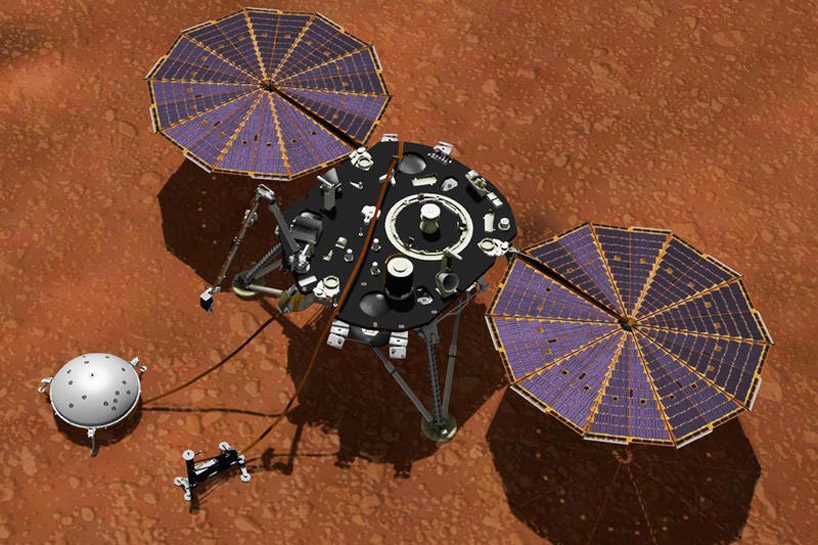 the data shows that mars does get quite cold, ‘warming’ up to 8° F (-13° C) and dropping down to temperatures as cold as -139° F (-95° C). environmental data is taken at elysium planitia, near mars’ equator by the insight lander’s meteorological sensors and then relayed back to NASA in calibrated one-hour averages. if you’re interested in mars’ past-week temperature readings, you can check out NASA’s mars insight mission website and twitter page. 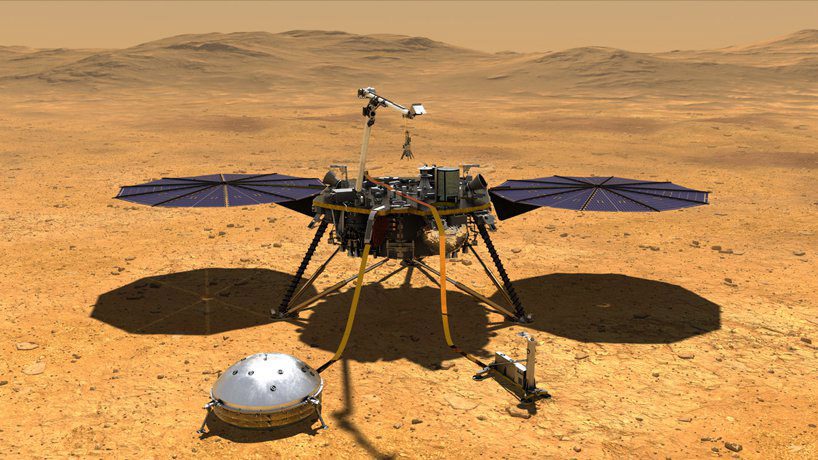 through a package of sensors called the auxiliary payload subsystem (APSS), insight will provide more around-the-clock weather information than any previous mission to the martian surface. the lander records this data during each second of every sol (a martian day) and sends it to earth on a daily basis. the spacecraft is designed to continue that operation for at least the next two earth years, allowing it to study seasonal changes. the tool was developed by NASA’s jet propulsion laboratory in pasadena, california, with partners at cornell university and spain’s centro de astrobiología. 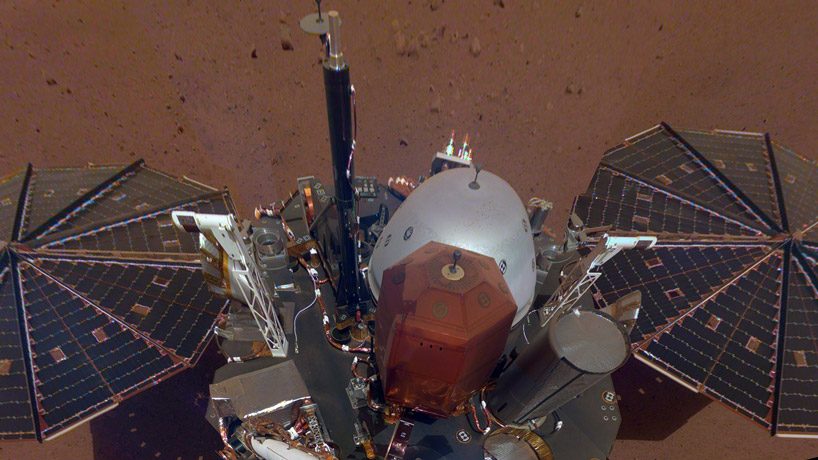 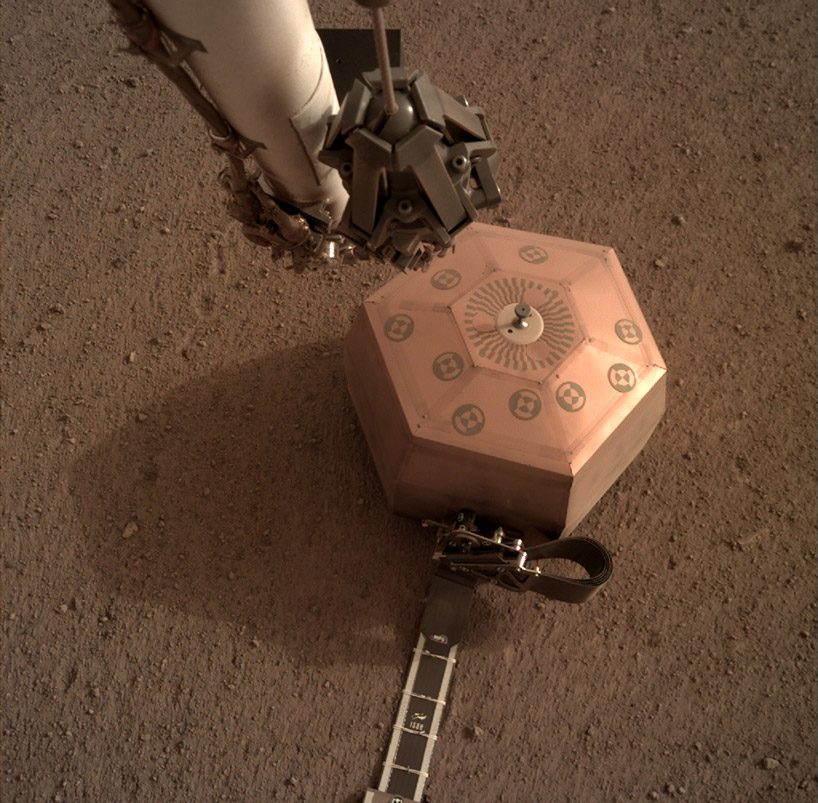 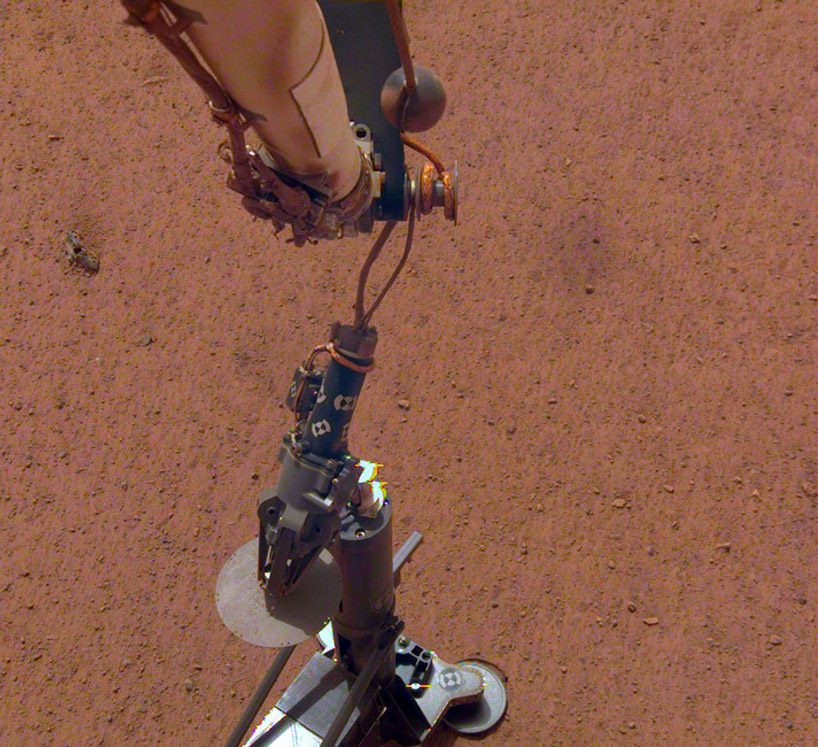 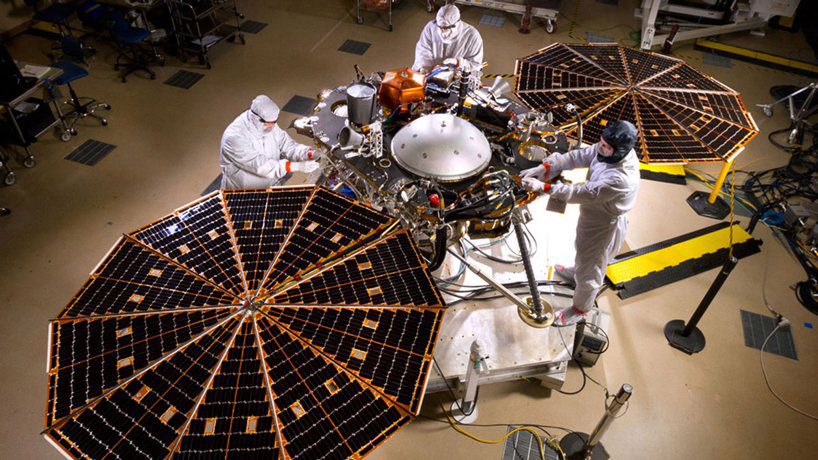