for the past few years, NASA has been developing its first all-electric experimental aircraft, the X-57 maxwell, and now, it’s ready for its next phase of testing: high-voltage functional ground testing. these most recent checks are being carried out at NASA’s armstrong flight research center in edwards, california, and they mark a critical step in the agency’s efforts to provide a feasible alternative to combustion engine aircraft. 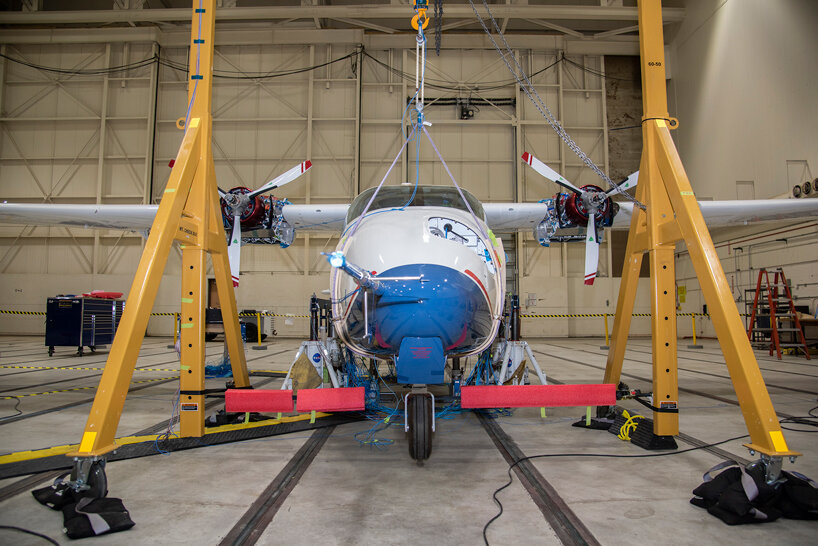 NASA’s main goal in developing the X-57 is to achieve zero carbon emissions in flight and to ultimately share ‘the electric-propulsion design, lessons learned, and airworthiness process with regulators, as new electric aircraft markets begin to emerge.’  to afford cleaner and quieter air travel, the final configuration of the X-57 will feature 12 high-lift propellers; ‘the propellers deploy during low-speed flight, such as take-off and landing, then passively fold back when not in use to then avoid additional drag at higher cruising speeds,’  says NASA. 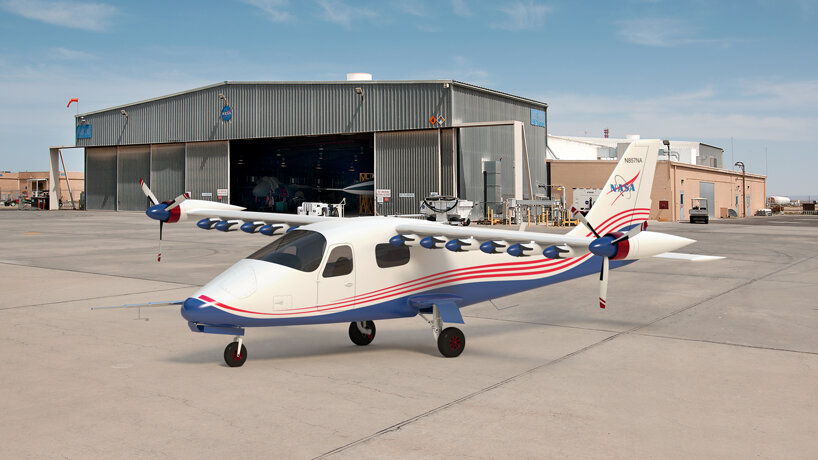 before the high-voltage functional ground testing, which will help engineers to ‘examine and validate the integrity of the vehicle for flight conditions’  NASA also put the X-57 through rigorous wind tunnel tests to check the propeller design, which you can see in the video above. over two weeks, the propellers were exposed to wind speeds from zero to over 90 knots, providing vital information on how the propellers will behave and perform in flight. the gathered data moves the X-57 one step closer to final take-off, and one step closer to commercial electric-powered aircraft. 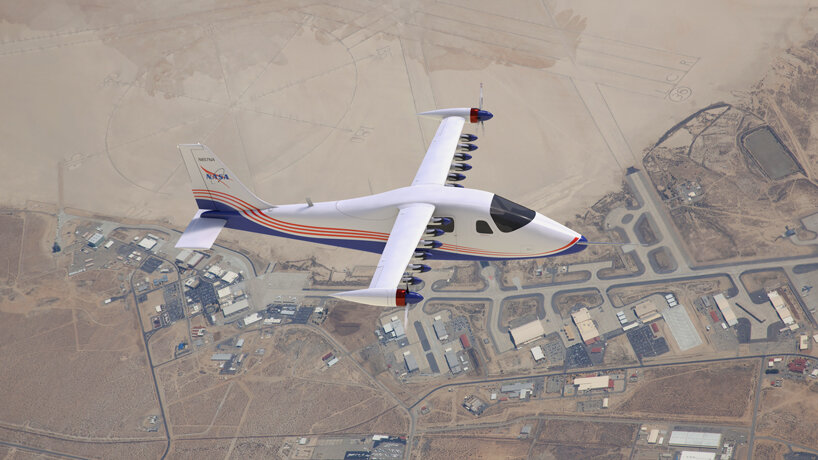