in exactly one year, NASA‘s james webb telescope — a tennis court-sized telescope covered in honeycomb mirrors — will make its way into space. on it’s list of duties, the device will study the solar system, directly image exoplanets, photograph the first galaxies, and explore the mysteries of the origins of the universe. 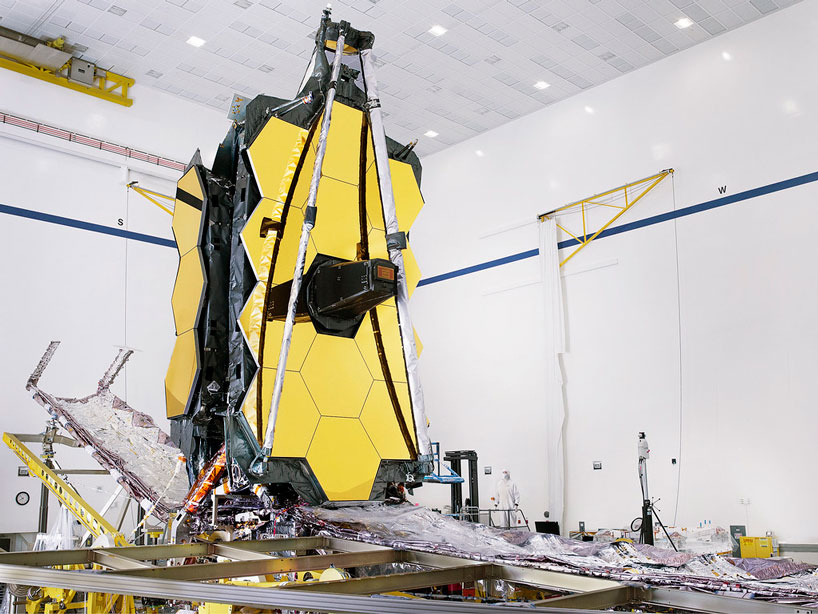 named after james E. webb, a NASA administrator during the apollo era, the webb telescope is a joint venture between NASA, the european space agency (ESA), the canadian space agency (CSA) and space telescope science institute (STSCI). its’ mission is to look back through time to when galaxies were young. webb will do this by observing galaxies that are very distant, at over 13 billion light years away. 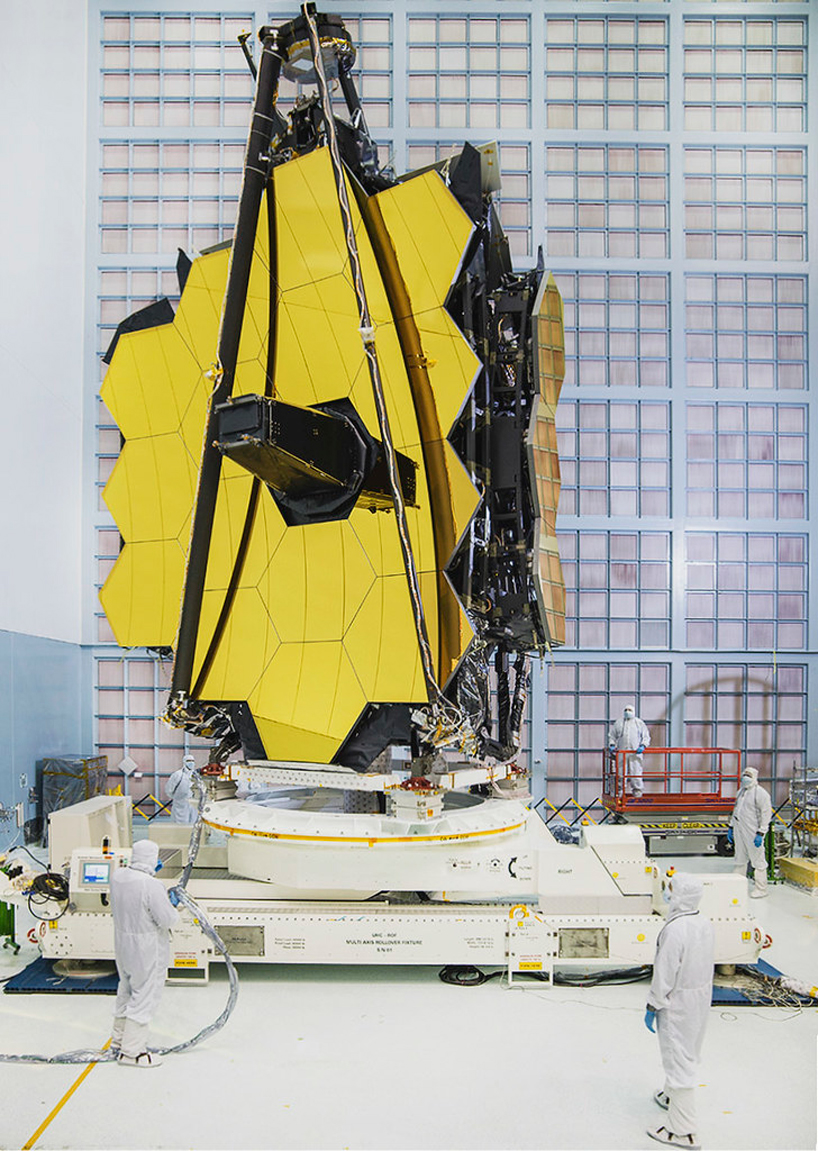 in order to do so, several innovative technologies have been developed for webb including a primary mirror made of 18 separate segments that unfold and adjust to shape after launch. made of ultra-lightweight beryllium — a metal that can endure extremely heat — this will ensure that the telescope holds its shape across a range of cryogenic temperatures, which is just what it would encounter in space on the webb telescope. this reflective surface will also act as the mirror needed to measure the light from these distant galaxies. 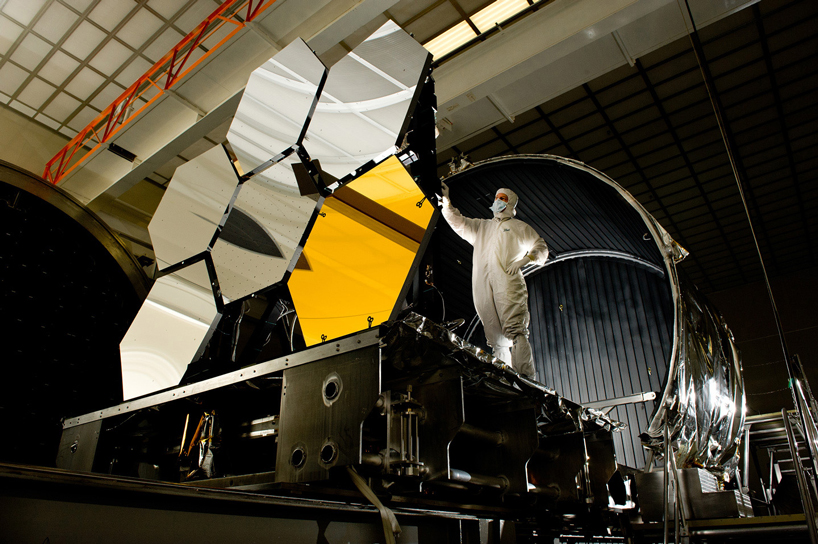 the telescope’s four instruments – cameras and spectrometers – have detectors that are able to record extremely faint signals. one instrument (NIRSPEC) has programmable microshutters, which enable observation up to 100 objects simultaneously. webb also has a cryocooler for cooling the mid-infrared detectors of another instrument (miri) to a very cold 7k so they can work. 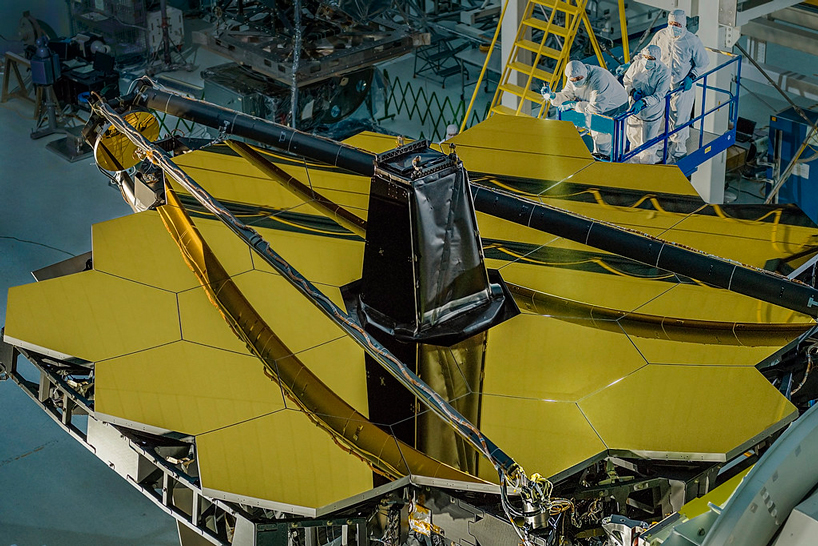 on tuesday, march 30, 2021, webb will launch on a european ariane 5 rocket from the guiana space centre to the northwest of kourou in french guiana. after that, it will observe the universe from the second lagrange point (L2) around a million miles/1.5 million kilometers from earth, sending its images back to earth via NASA’s deep space network.

at least that is the plan. NASA administrator jim bridenstine recently announced that the work on the james webb space telescope had been paused because of the coronavirus crisis. the statement said that both nasa and northrop grumman are ‘suspending integration and testing operations’ on the multi-billion-dollar observatory, which is currently set for some testing at a northrop grumman plant in california.