developed by NASA’s jet propulsion laboratory (JPL) in pasadena, california, the ‘mars helicopter’ aims to provide a better sense of direction for the engineers back on earth who control the martian rover. proposed as an add-on, the drone would fly ahead of the base-machine and search for various possible interest points, as well as offer images that scientists could study in further detail. with the best driving routes planned out, the distance traveled, when compared to the vehicle’s current range in a martian day, can potentially be tripled.

the NASA rover delivers a vast amount of wealthy information but is limited by its on-board cameras that cannot see beyond large rocks or inclines. as a low-flying scout, the 1.1meter drone which weighs 1kg, would provide new levels of visual knowledge that would be able to solve its optical problem. the concept technology is currently being tested by JPL in order to understand its restrictions in a different gravitational environment. 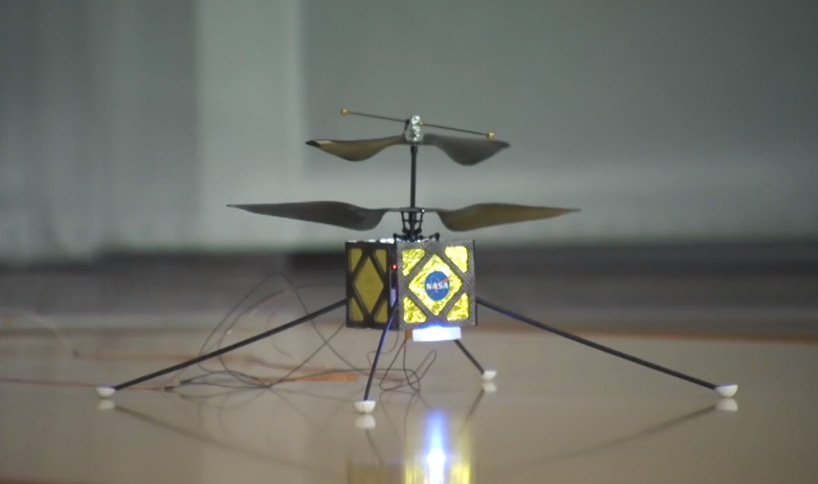