for the first time in decades, the international space station is to be fitted with a new space potty. NASA’s new microgravity toilet, named the universal waste management system (UWMS), is set for take-off soon – the original launch was delayed on october 1st 2020, due to poor weather. the $23 million USD commode offers more comfort and improved efficiency as, with a lack of gravity, even the most basic human biological process becomes a hazardous, challenging task. 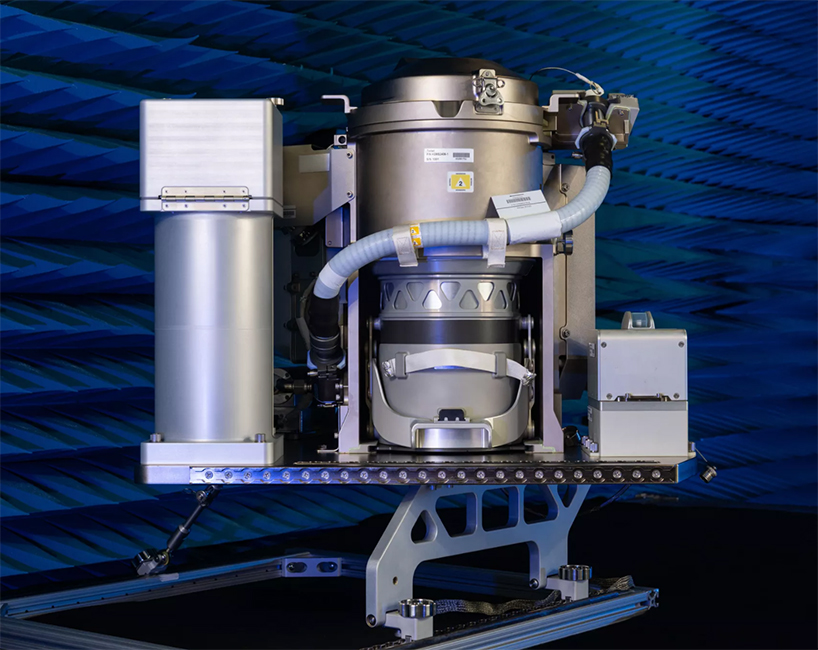 the universal waste management system
all images courtesy of NASA

NASA’s new microgravity toilet, the universal waste management system, is shaped for a more ergonomic design, which is more suited for women astronauts. measuring 71cm in height, the higher seat and more pointed funnel better accommodates for the female anatomy and ensures everything goes where required. foot restraints and handholds stop the user from floating away.

‘the funnel design was completely re-contoured to better accommodate the female anatomy,‘ says melissa mckinley, the project manager for the UWMS at NASA. ‘and particularly this is a concern when the crew members are trying to do dual ops — when they’re doing both defecation and urination at the same time.‘ 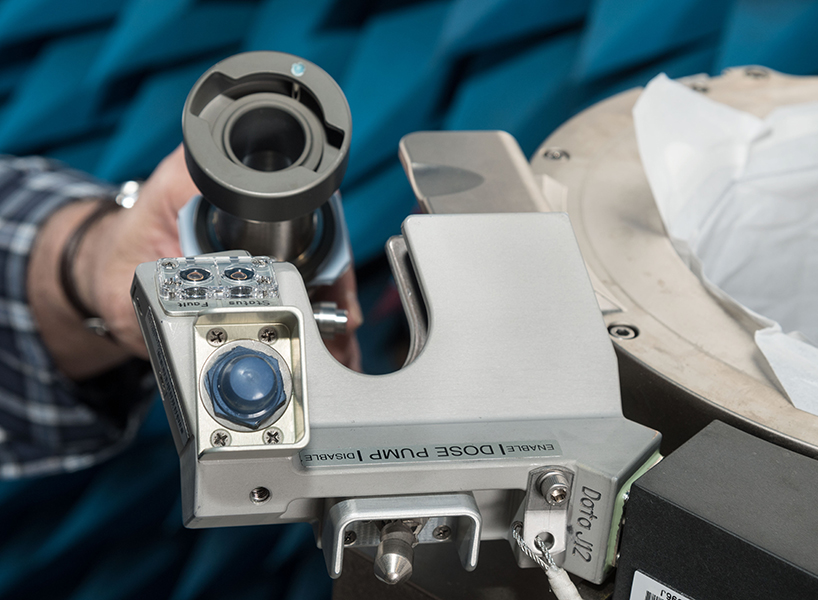 65% smaller and 40% lighter than the current one on the ISS, the 45kg-weight commode is made from titanium as well as other exotic, robust materials. a special 3D-printing technique was used to create these various parts from inconel, elgiloy and titanium. this requires less clean-up and maintenance time thanks to the use of corrosion-resistant materials.

once sat down, high suction pulls the urine and faeces away and into their proper receptacles. the air flow even starts automatically when the lid is lifted, in the aim of aiding odor control. toilet paper, wipes and gloves are disposed of in water-tight bags that are then compacted into a removable faecal storage canister.

a tour of the current toilet on the international space station

separating the matter is key; pre-treated urine can be fed either into a regenerative system which recycles water for further use, or simply stored. this universal design feature makes the toilet suitable for short or long journeys as well as different spacecrafts. lunar missions, for example, are relatively short but a roundtrip mission to mars can take two years with no opportunities to top up on water supplies. the ISS acts as a test location to validate long-term life support and recycling systems.

‘we recycle about 90% of all water-based liquids on the space station, including urine and sweat,‘ explains NASA astronaut jessica meir. ‘what we try to do aboard the space station is mimic elements of earth’s natural water cycle to reclaim water from the air. and when it comes to our urine on ISS, today’s coffee is tomorrow’s coffee!‘ 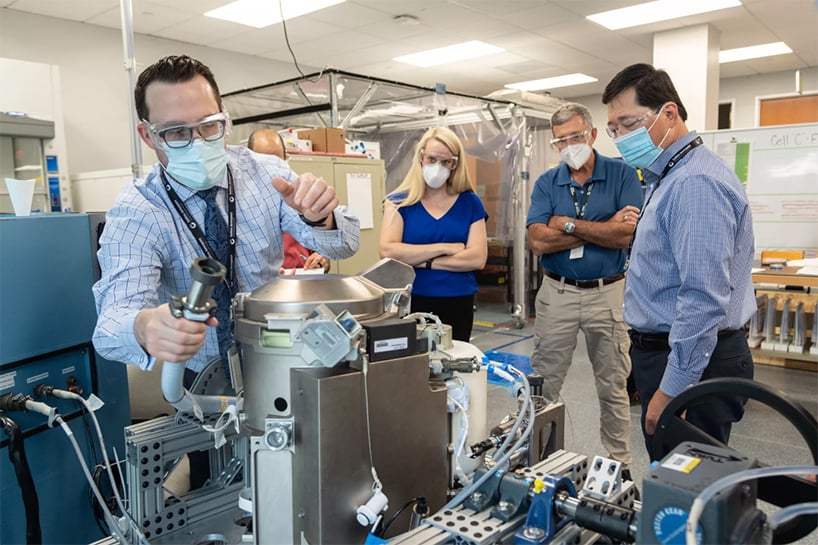 universal waste management system is set to be used for the orion mission to take humans back to the moon. NASA are still exploring new concepts for longer missions like artemis, which is a program to land the first woman and the next man on the moon by 2024, through a design competition.

Dec 07, 2022
TOP 10 renewable energy solutions of 2022
this year, designboom introduces a new round-up of BIG stories: the most impactful solutions coming out of the renewable energy industry.
technology
170 shares
connections: +530