The imagined eerie sound when one floats in outer space resembles, if not matches, the sonification of NGC 1300 that NASA has released for the public to listen to. The agency asked if one had ever wondered what the music of the spheres would sound like. While it may just be a passing thought, it might have crossed the mind, unconsciously and out of curiosity. Through the agency’s Hubble, it brings not only the cosmic visuals but also the sensorial experience of the astronomical marvels, from the dot-like stars that sprawl across outer space to the turbine-swish soundscapes.

The spiral galaxy of NGC 1300 holds clusters of young stars, pink clouds of star formation, and dark lanes of dust, a prototype of barred spiral galaxies. ‘Barred spirals differ from normal spiral galaxies in that the arms of the galaxy do not spiral all the way into the center, but are connected to the two ends of a straight bar of stars containing the nucleus at its center,’ the agency writes. In NASA’s image of the galaxy, the Hubble captures the star clusters, some forming regions together, blue and red supergiant stars, and the dust lanes trace out fine structures in the disk and bar. 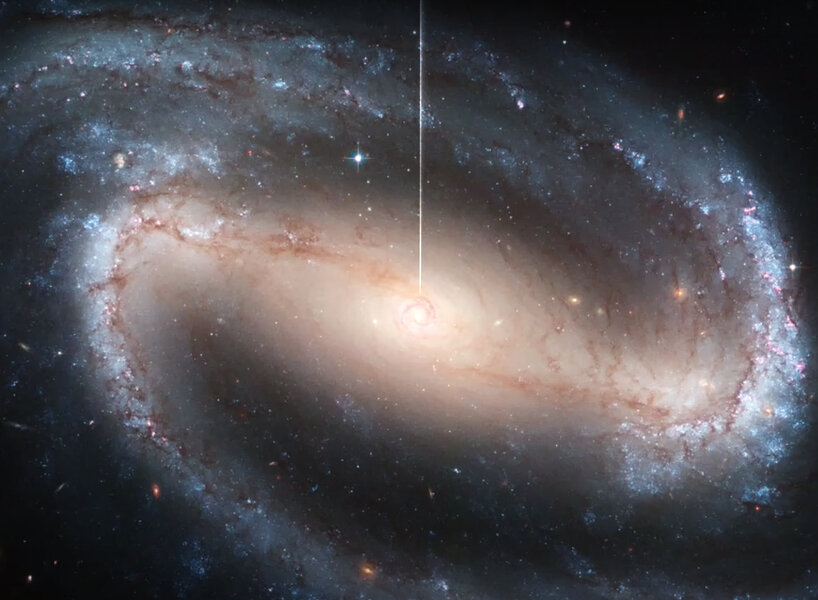 image by NASA, ESA, and The Hubble Heritage Team (STScI/AURA)

Other distant galaxies appear visible in the background and can be seen through the densest regions of NGC 1300. To represent this image with sound, scientists assigned ‘louder volumes to brighter light,’ as the agency writes. ‘Light farther from the center is pitched higher as a counterclockwise radar scans across the galaxy. NGC 1300 resides nearly 70 million light-years away in the constellation Eridanus.’ Listening to the video above, the hollow sound vacuums, spiraling and continuing so, as if a void tugging into the vastness of the universe or expelling air from the lungs through pursed lips. 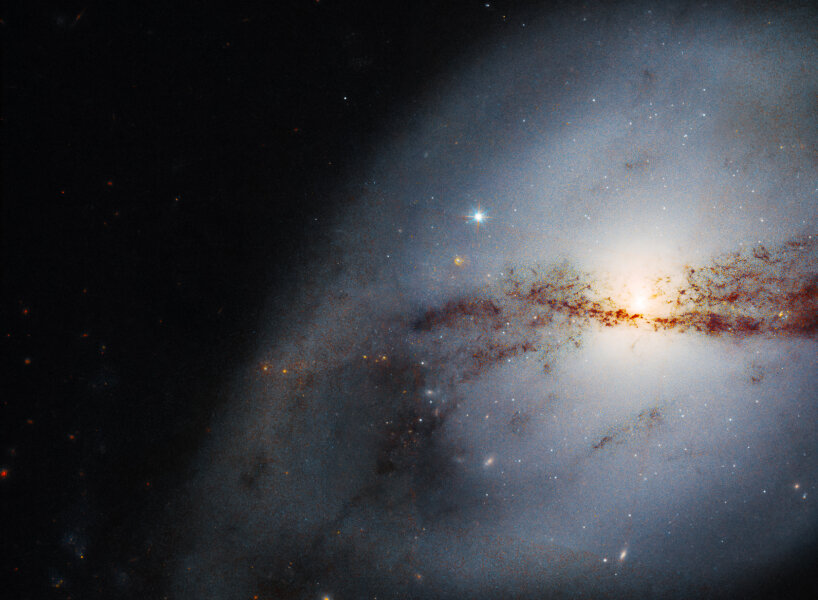 From data to sound

NASA translates data into sound. ‘Through data sonification, the same digital data that gets translated into images is transformed into sound. Elements of the image, like brightness and position, are assigned pitches and volumes. Each translation below begins on the left side of the image and moves to the right. No sound can travel in space, but sonifications provide a new way of experiencing and conceptualizing data. Sonifications allow the audience, including blind and visually impaired communities, to ‘listen’ to astronomical images and explore their data,’ the agency writes. 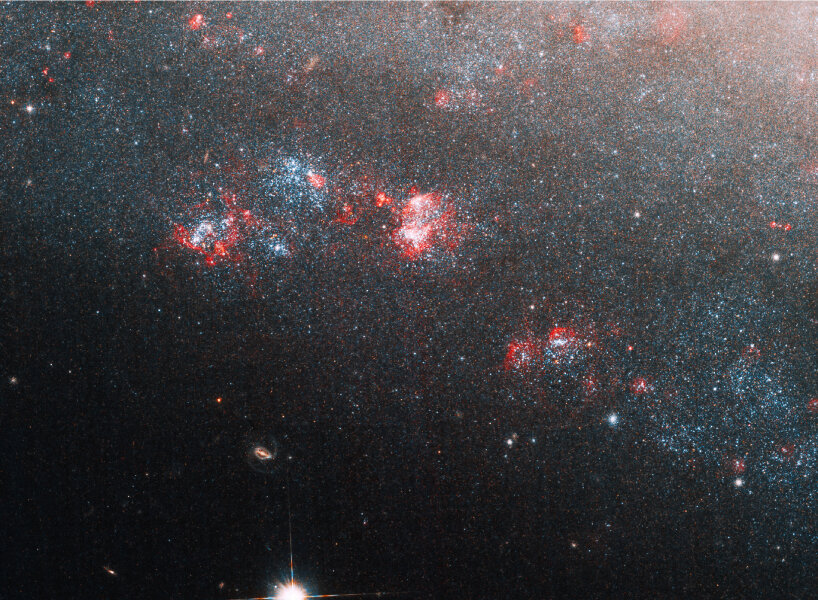 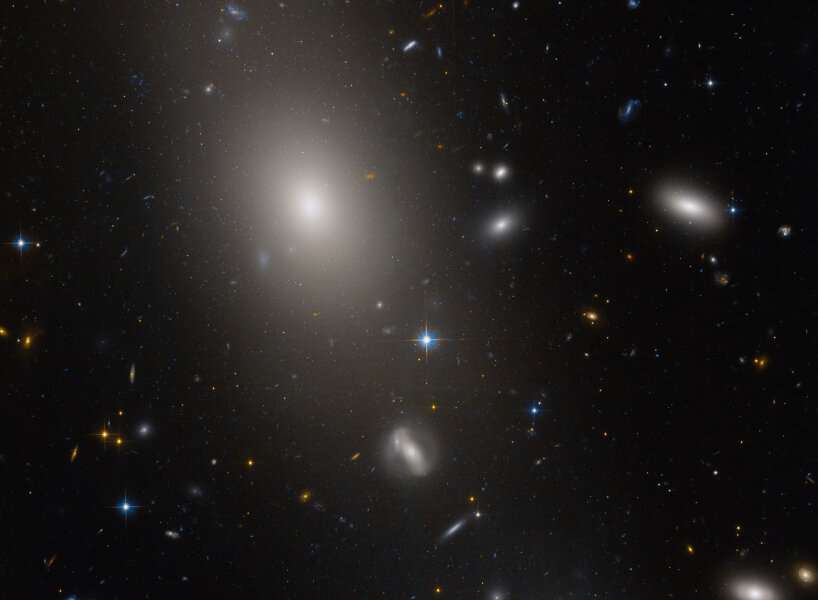 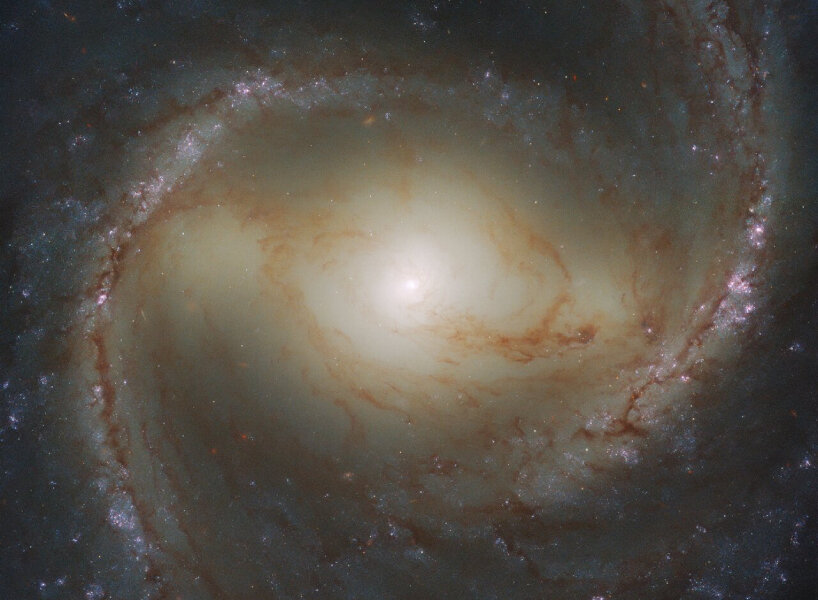 image by ESA/Hubble & NASA, J. Lee and the PHANGS-HST Team