On June 15th, NASA‘s Perseverance Mars Rover took to Twitter that the team spotted its first trash on Mars, a piece of a thermal blanket that they think may have come from the rover’s descent stage, the rocket-powered jet pack that set it down on landing day back in 2021. As the team zoomed in on the image, they discovered the shiny object stuck between the Martian rocks, rigid in its stance as nothing and no one could brush it away from its position.

The thermal material protected Perseverance from extreme temperatures as it traveled to Mars in 2021 and landed safely in the territory, thanks to its space-travel design. ‘That shiny bit of foil is part of a thermal blanket – a material used to control temperatures. It is a surprise finding this here: My descent stage crashed about 2 km away. Did this piece land here after that, or was it blown here by the wind?’, NASA tweets, still finding out how the material managed to grace the Martian land. 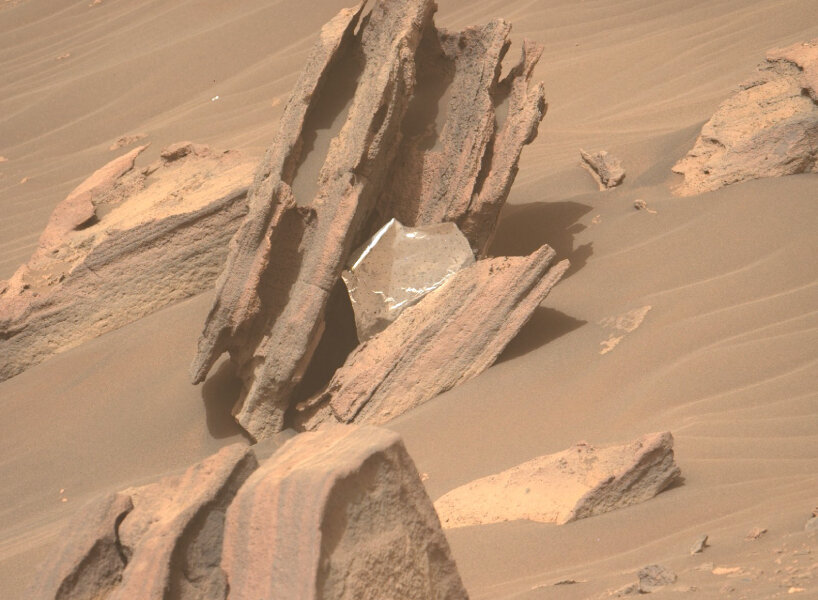 Perseverance landed on Feb. 18, 2021, and the team has been spending the weeks since landing checking out the rover to prepare for surface operations. A key objective for Perseverance’s mission on Mars lies in astrobiology, including the search for signs of ancient microbial life. As the space agency puts it, the rover will characterize the planet’s geology and past climate, paving the way for human exploration of the Red Planet, and be the first mission to collect and cache Martian rock and regolith (broken rock and dust).

The next NASA missions, in cooperation with European Space Agency (ESA), aim to send spacecraft to Mars to collect these sealed samples from the surface and return them to Earth for in-depth analysis. The Mars 2020 Perseverance mission forms part of NASA’s Moon to Mars exploration approach, which includes Artemis missions to the Moon that will help prepare for human exploration on the Red Planet. NASA’s Jet Propulsion Laboratory, which is managed for NASA by Caltech in Pasadena, California, built and manages operations of the Perseverance rover. 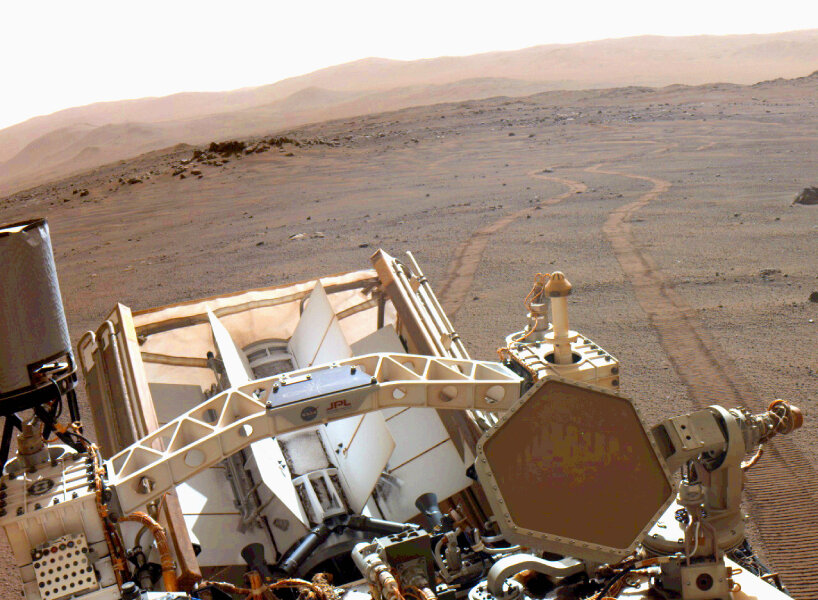 NASA’s perseverance rover finds a piece of trash on mars

NASA also posted the images of the team who wrapped Perseverance Rover up in thermal blankets. ‘Think of them as spacecraft dressmakers. They work with sewing machines and other tools to piece together these unique materials,’ NASA tweets. In 2016, NASA spoke to one of their spacecraft dressmaker, Lien Pham. She had been making thermal blankets at NASA’s Jet Propulsion Laboratory in Pasadena, California, for 16 years then. Sewing the thermal blankets too tight or too loose can experience failures in regulating the temperature of the spacecrafts, so they need to be cut in form.

A thermal blanket has to provide just the right amount of heat, not too much and not too little, for the spacecraft to operate correctly. NASA writes that Pham is a member of Flight Technicians Services, a group at JPL that contributes to all stages of spacecraft assembly, and her particular team, which designs and fabricates the protective thermal blankets, is called the shield shop. As Pham shared, they use multiple layers of Mylar films with Dacron netting to separate them. ‘For the outermost surface, we use Kapton film or Beta cloth, which resists temperature change. We also use gold Kapton, which is good for conducting electricity. There is a black material called carbon field Kapton. That is for a charged environment, with a lot of electricity. It dissipates the charge,’ she told NASA.

Pham also said that the toughest material to work within her field of work is Teflon. ‘Some spacecraft require it, but the tape does not stick to its surface. Tape is a part of the blanket-making process,’ she said. At one point, the team asked themselves how they could build the material if the tape did not stick. Soon, they came up with a fabrication method that creates a hem as one would see in clothing, where the material is folded and then sewn. 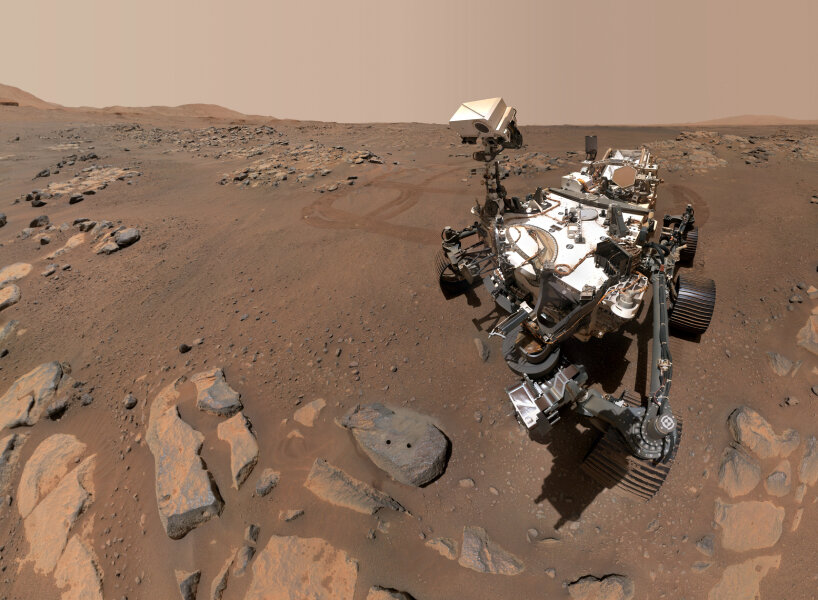 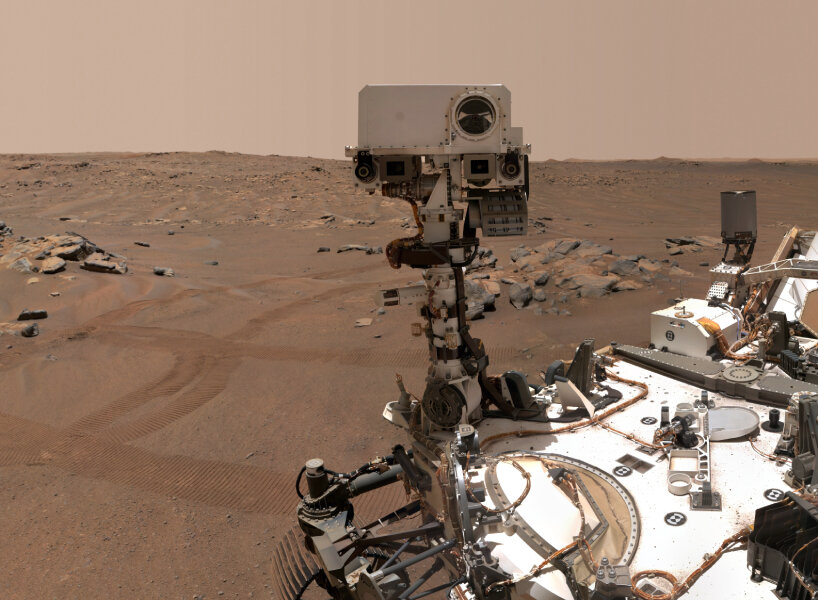 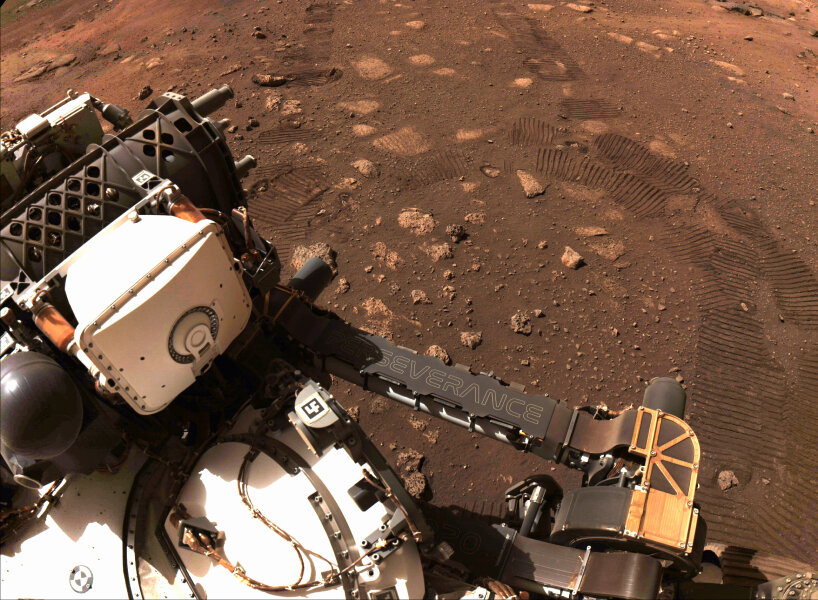 NASA’s perseverance rover finds a piece of trash on mars