scientists from NASA have revisited one of the most iconic images taken with the hubble space telescope. the image, dubbed the ‘pillars of creation’ in the eagle nebula, was taken in 1995 and reveals incredible details in infrared light.

in the new take above, NASA scientists present the same view of the pillars but in infrared light ‘which pierces through obscuring dust and gas.’ the image is an iconic astronomical photograph depicting the visible light, meaning the part of the electromagnetic spectrum that the human eye can see. 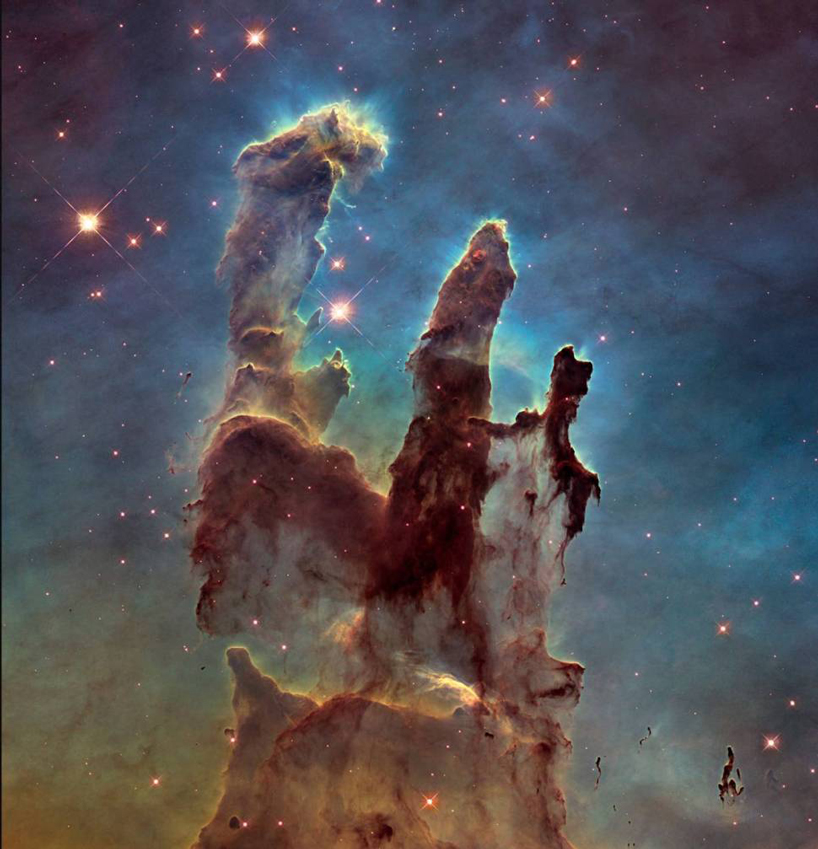 the pillars captured in the image stretch about 4 to 5 light-years long and the eagle nebula spans a vast 55-70 light-years. they appear as very delicate, silhouetted shapes held within deep space.

‘here, the pillars are seen in infrared light,’ explains nasa editor yvette smith. ‘which pierces through obscuring dust and gas and unveil a more unfamiliar — but just as amazing — view of the pillars. the better-known image is of the pillars in visible light.’

‘in this ethereal view the entire frame is peppered with bright stars and baby stars are revealed being formed within the pillars themselves. the ghostly outlines of the pillars seem much more delicate, and are silhouetted against an eerie blue haze.’

the eagle nebula is part of a region of active star formation that’s about 5,700 light-years away. it was discovered by swiss astronomer jean-philippe loys de chéseaux in 1745.