robots are mechanical or virtual artificial agents, typically guided by a computer program or electronic circuitry.

meet PUFFER, the pint sized new space rover from NASA. short for Pop-Up Flat Folding Explorer Robot, PUFFER’s structure takes influence from origami, folding and expanding to allow the friendly-looking bot to roam where no space rover has gone before. the creature’s lightweight design is capable of completely flattening itself, tucking in its wheels, and crawling into corners where other larger robots cannot fit. apt for skittering up sharp slopes and wriggling under rocks, several of the paper-like microbots can be flattened like cards and stacked one on top of another. 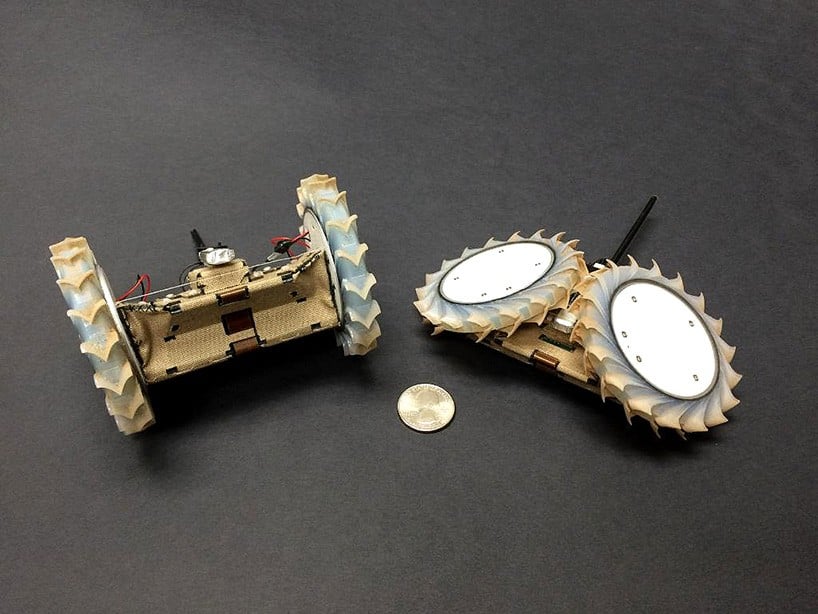 the palm-size robots are designed to hitch onto larger rovers, before detaching, popping up and going solo to explore areas that might otherwise be too risky for a full-fledger rover to go. ‘we can see these being used in hard-to-reach locations, squeezing under ledges, for example,’ explains jaakko karras, PUFFER’s project manager at NASA’s jet propulsion laboratory (JPL). the bots are designed to be just as portable as a compass or a rock hammer, meaning that advanced scientific research can be done on the fly.

the palm-size bot folds down to crawl under rocks

PUFFER’s body was inspired by origami, and mimics the movement of small animals or insects. the paper prototype was then substituted with a printed circuit board—like those found in smartphones—which integrates the electronics into the robot’s body. PUFFER’s 3D printed wheels can be folded over the bot’s main body to allow it to crawl, and the little chap even has a solar panel on its belly, allowing it to flip over and recharge in the sun.

PUFFER’s two-wheeled frame allows it to crawl up slopes

at the moment, the PUFFER robot runs off bluetooth and can be controlled remotely. but in the future, the JPL design team would like to add autonomy, allowing a whole squad of bots to conduct science as a mobile team. ‘small robotic explorers like PUFFER could change the way we do science on mars,’ adds karras. ‘we think it’s am exciting advance in robotic design.’

PUFFER can crawl over uneven surfaces

slippery slopes are an easy feat for the PUFFER bot 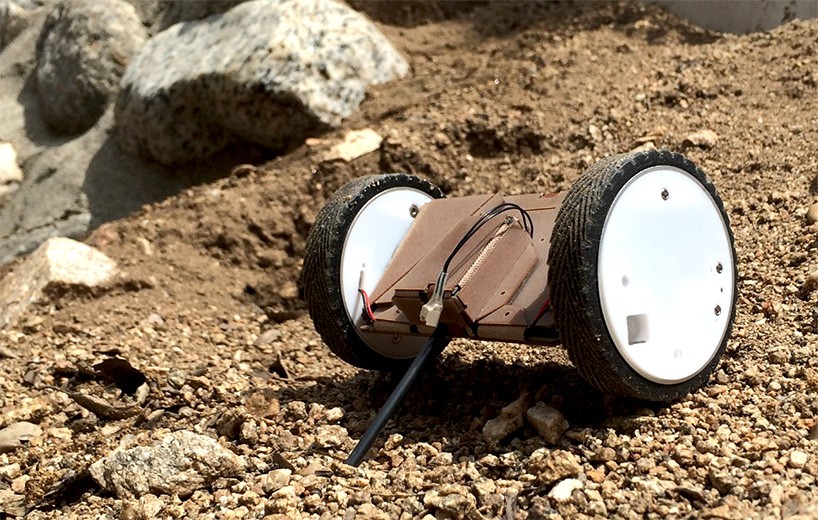 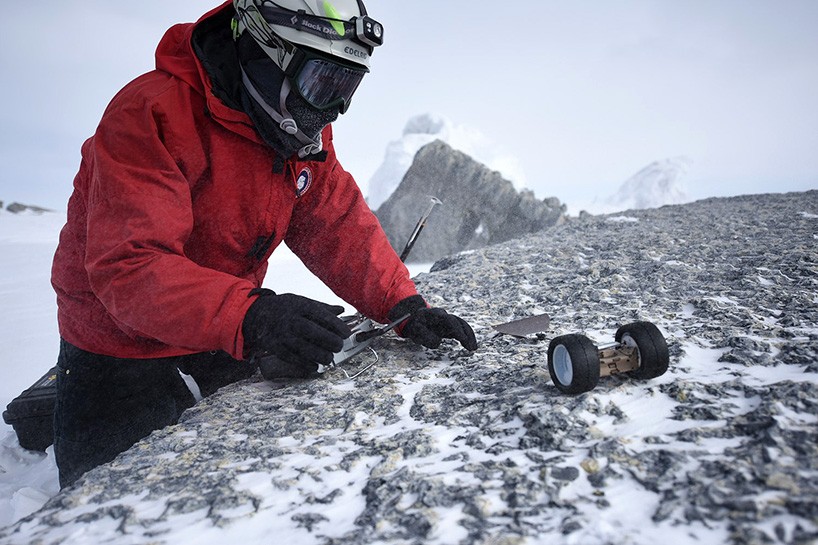 PUFFER was tested on mars-like terrain 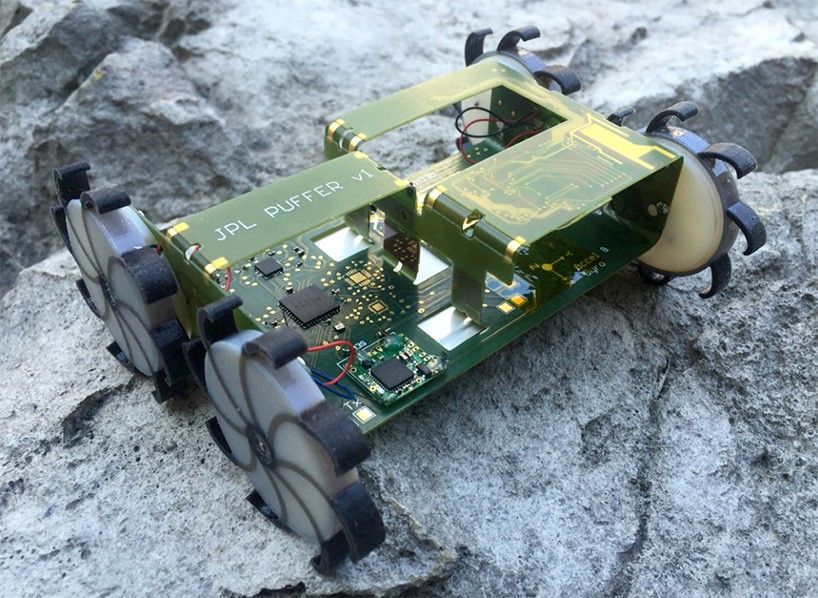 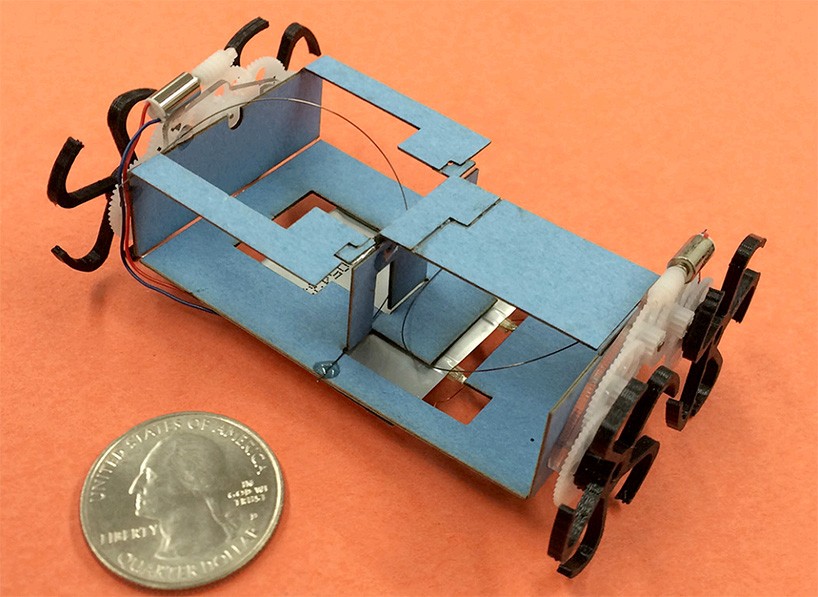 PUFFER started out life as origami on wheels 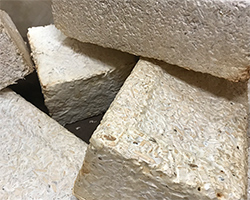 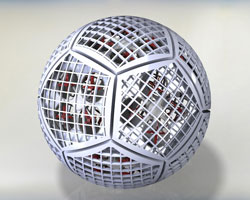