editor’s note: NASA postpones moon mission launch due to engine problem. The Artemis I mission was about to liftoff on August 29, 2022. However, a problem related to one of the four engines led to the cancellation of the moon rocket’s debut. According to NASA officials, a hydrogen leak on board was discovered some minutes before the countdown and couldn’t resolve until the scheduled take-off. Besides, the weather conditions were also not favorable during the launch window, with mission manager Mike Sarafin commenting ‘we would have been no-go for weather at the beginning of the launch window due to precipitation’. He continues, ‘the team was tired at the end of the day, and we just decided that it was best to knock it off and to reconvene tomorrow’.

The next launch window opens on Friday, 2 September, with a second backup window opening on Monday, 5 September. The first one will open at 12:48 p.m. EST and last two hours.

NASA’s big moon rocket is heading to the moon

Almost half a century after the last Apollo mission launched to the lunar soil, NASA is returning to the Moon with Artemis I — named after Apollo’s mythological twin sister. Spanning 300-foot in height, the Space Launch System and the Orion spacecraft will blast off on August 29, 2022. Orion will launch atop the most powerful rocket in the world and fly farther than any spacecraft built for humans has flown before. During the first mission, the spacecraft will be unmanned to test every new component for future flights that will bring astronauts to the Moon and eventually to Mars.

NASA’s new Space Launch System rocket and Orion spacecraft is expected to liftoff between 8:33 a.m. and 10:33 a.m. from Kennedy Space Center in Florida, with backup launch windows on September 2 and September 5.

After launching from Earth, Artemis I will be a 42-day mission, taking Orion into orbit around the Moon and then back to Earth. During the journey, the Orion spacecraft will travel 40,000 miles beyond the Moon, surpassing the record set during Apollo 13. Orion will stay in space longer than any human spacecraft has, without docking to a space station, and return home faster and hotter than ever before. 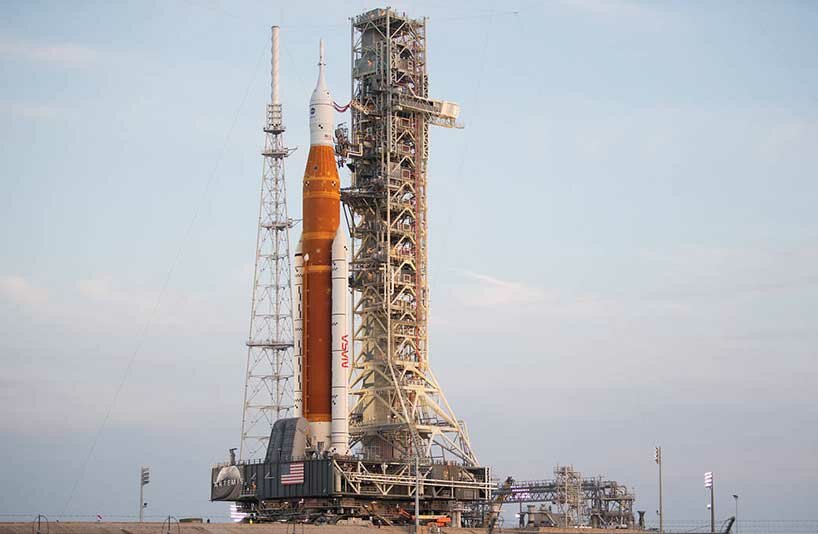 We Are Going: Artemis I on Launch Pad

NASA’s Space Launch System (SLS) rocket with the Orion spacecraft aboard is seen atop the mobile launcher as it is rolled up the ramp at Launch Pad 39B, Wednesday, Aug. 17, 2022, at NASA’s Kennedy Space Center in Florida

Following this, Artemis II is scheduled for 2024 as the first crewed flight of the program. It will be a 10-day mission with a crew of four that will orbit the Moon and then return to Earth. Artemis III is targeted for 2025. Like the second mission, it will be crewed by four astronauts, but when Orion enters the Moon’s orbit, it will dock with a Starship vehicle from SpaceX. Then, two members of the crew will use the Starship to land on the Moon’s surface near the lunar south pole. After a week of exploring, the Starship will transport the astronauts back to the lunar orbit, where they will return to Orion and travel back to Earth. Both of those missions depend on how Artemis I will turn out. 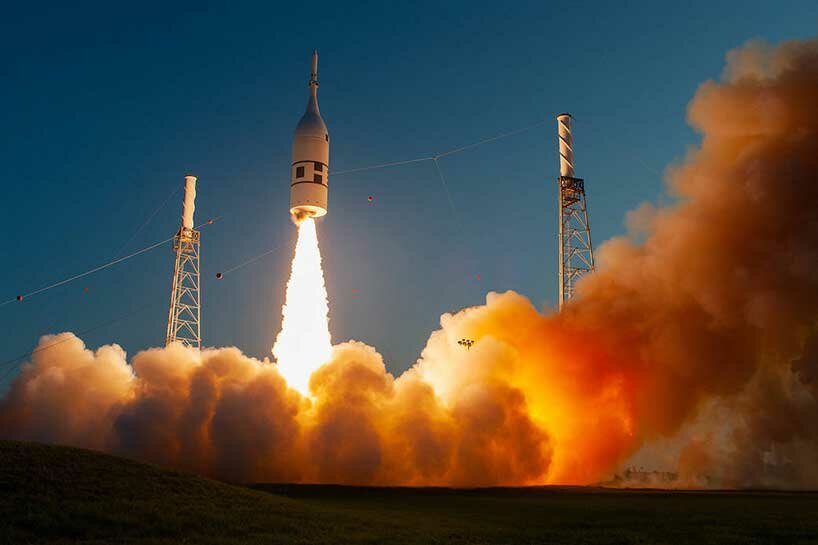 The mission team aims to realize this program for research, economic benefits, and inspiration for a new generation of explorers. Even though it’s an American program, NASA builds a global alliance and explores deep space for the benefit of all. Through the Artemis program, the mission team plans to build a base camp on the Moon and a gateway in lunar orbit. This will allow robots and astronauts to discover more and execute more science than ever before. With Artemis I, NASA lays the foundation for human exploration into space, where astronauts will build and begin testing the systems near the Moon needed for lunar surface missions and exploration to other destinations.

‘The primary objectives of the Artemis I flight test are to demonstrate the Orion heat shield at lunar return re-entry
conditions, demonstrate operations and facilities during all mission phases and retrieve the spacecraft after splashdown. In the course of completing these goals, the team aims to successfully demonstrate the SLS rocket’s capability, carry out the mission as planned, and ensure a safe return prior to the first flight with crew on Artemis II. Additional secondary objectives will be accomplished as possible throughout the mission that may support future development or mission planning efforts. These objectives will enable NASA to evaluate the performance of Orion, SLS, and the supporting ground systems for certification of the respective systems that will support future crewed missions,’ stated on NASA’S website.

NASA has said its Artemis program will pave the way for future missions to the lunar vicinity, including the landing of the first woman and first person of color on the Moon. 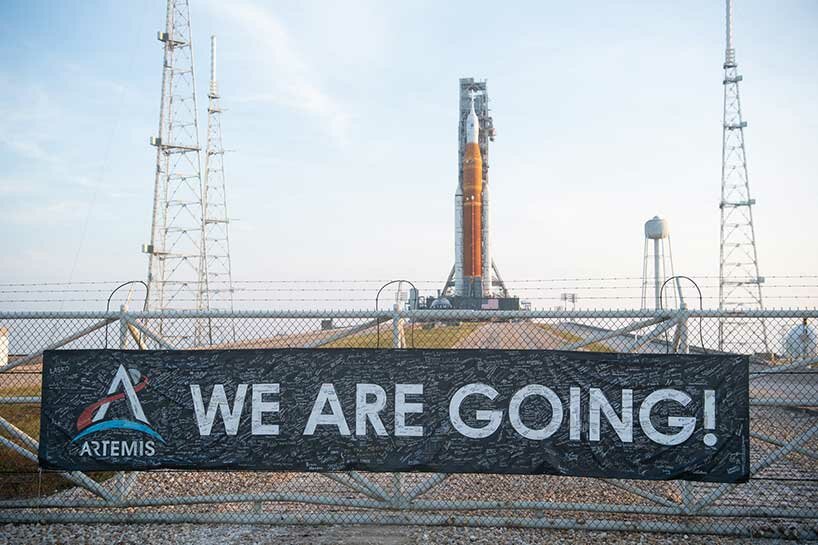