NASA has unveiled a transformer-like robot prototype which could be used to explore titan. the shapeshifter is made of smaller robots that can morph into rolling spheres, flying drones, swimming submersibles. 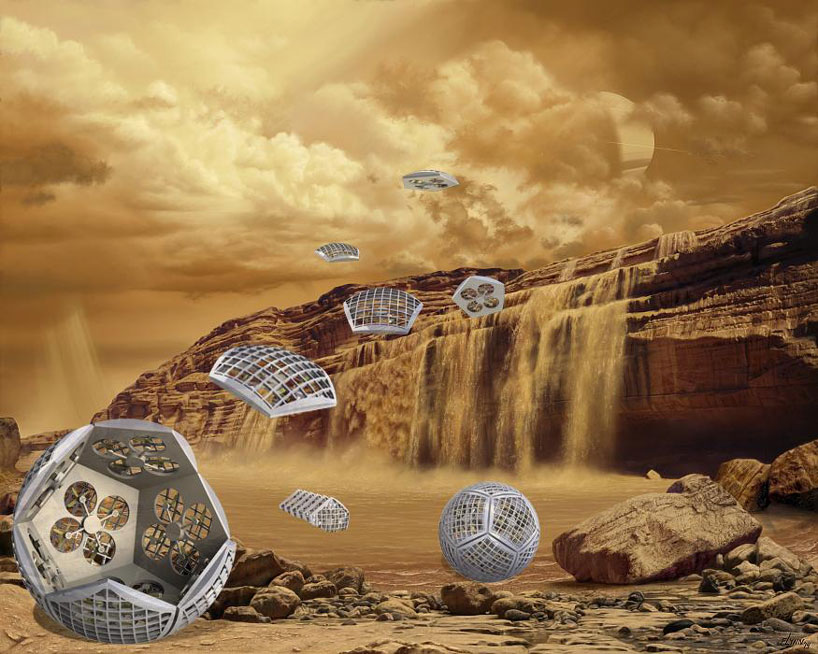 JPL principal investigator ali agha envisions shapeshifter as a mission to saturn’s moon titan. the proposed robotic platform is capable of mobility across domains including flying in the atmosphere, rolling on a smooth surface, navigating subsurface voids, floating on a lake surface and propelling under an ocean.

‘we have very limited information about the composition of the surface. rocky terrain, methane lakes, cryovolcanoes – we potentially have all of these, but we don’t know for certain,’ said agha. ‘so we thought about how to create a system that is versatile and capable of traversing different types of terrain but also compact enough to launch on a rocket.’ 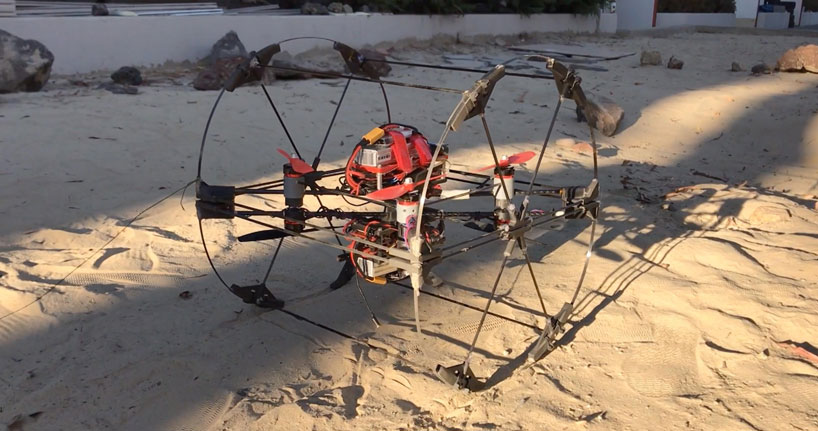 the concept features a self-assembling robot that is made up of series of smaller robots called ‘cobots.’ these cobots house a small propeller and awould be able to move independent of one another to fly along cliffsides of scientific interest. the cobots could also work together to form a daisy chain and maintain contact with the surface when exploring caves or other crevices.

each cobot is extremely simple with minimal design consisting of a few propellers as actuators. shapeshifter can morph into a ball that rolls on the surface, a flight array that can fly & hover above-surface and move in subsurface voids, and a torpedo-like structure to swim under-liquid efficiently, among other mobility modes. 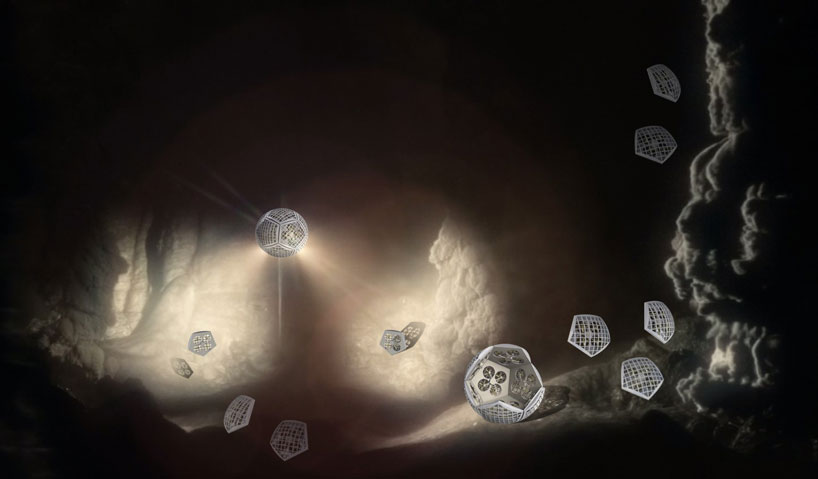 agha envisions a lander like the european space agency’s huygens probe, which could serve as an energy source for these robots, after deploying them. it would also carry the scientific instruments to perform in-depth sample analysis. the cobots could then work to transport this lander to different locations.

‘it is often the case that some of the hardest places to get to are the most scientifically interesting because maybe they’re the youngest, or they’re in an area that was not well characterized from orbit,’ said jason hofgartner, JPL lead scientist for shapeshifter. ‘shapeshifter’s remarkable versatility enables access to all of these scientifically compelling places.’

the shapeshifter team will submit their concept to NIAC’s phase ii selection process in 2020. the next mission to titan will be dragonfly, NASA’s first rotorcraft lander, which is scheduled to launch in 2026.