NASA are stepping straight into the future of textiles with their 4D printed ‘space fabric’—a metallic material intended to be used like ‘chain mail’ to protect astronauts and spacecraft alike during their missions. although made of metal, the material remains foldable and retains the ability to change shape easily, making it apt for wrapping around spacecraft, or even to fabricate astronaut spacesuits. the material could even be used to keep machinery warm when exploring chilly locations like jupiter’s ice ‘europa’ moon. 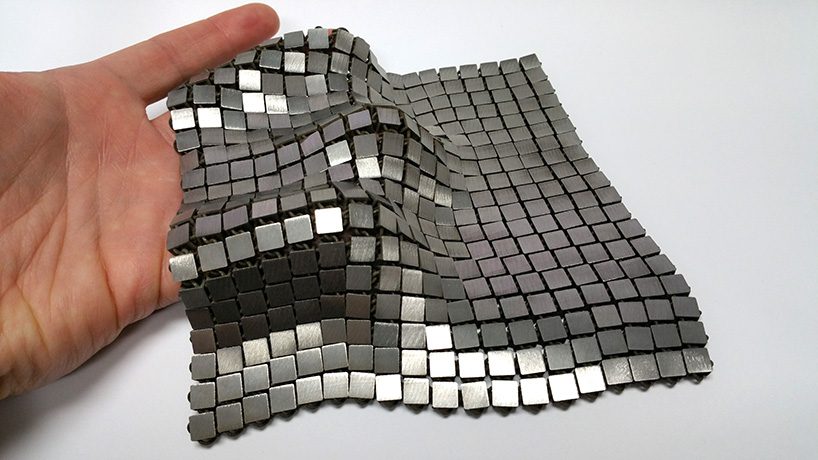 the material is being developed by NASA’s jet propulsion laboratory, with the project led by raul polit casillas. the woven metal materials are made up of tiny silver squares strong together, yet manufactored all in one piece using 3-D printing technologies. so where does the fourth dimension come from? ‘we call it 4D printing because we can print both the geometry and the function of these materials,’ explains polit casillas. ‘if 20th century manufacturing was driven by mass production, then this is the mass production of functions.’ so, the chosen functionalities of NASA’s material are reflectivity, passive heat management, foldability, and tensile strength. whilst one side of the fabric reflects light, the other absorbs it, acting as a means of thermal control. 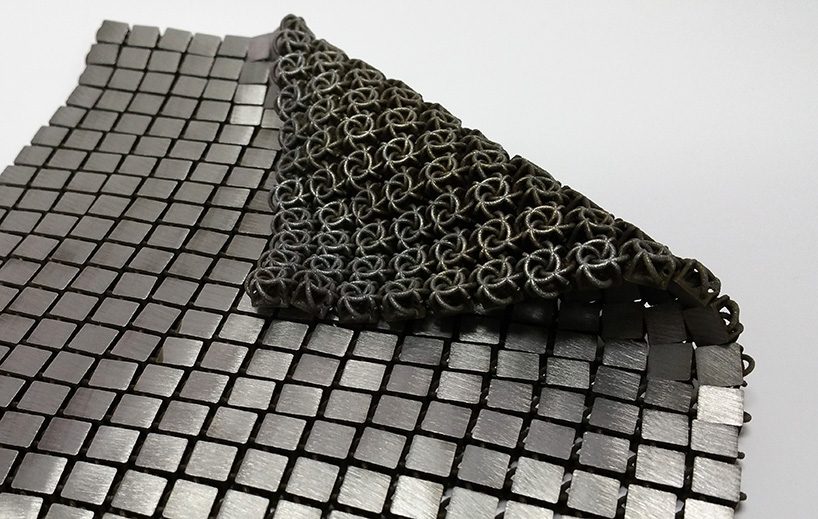 the JPL team have big ambitions for their fabric, not only wanting to try it out in space, but manufacture it away from earth as well. in the future, the idea is for astronauts to be able to print out materials as and then they’re needed, and even recycle old materials allowing them to be reused. the idea would be ideal in a deep space environment, where astronauts are trapped in space with just the materials they take with them.