for the first time, NASA has managed to grow red romaine lettuce on the international space station. using their ‘vegetable production system’ or ‘veggie’ as they’re calling it, the unit is capable of producing salad type crops to provide the crew with palatable, nutritious and safe source of fresh food and a tool to support relaxation and recreation. it provides lighting and nutrient delivery, but also utilizes the cabin environment for temperature control and carbon dioxide sources to promote growth. 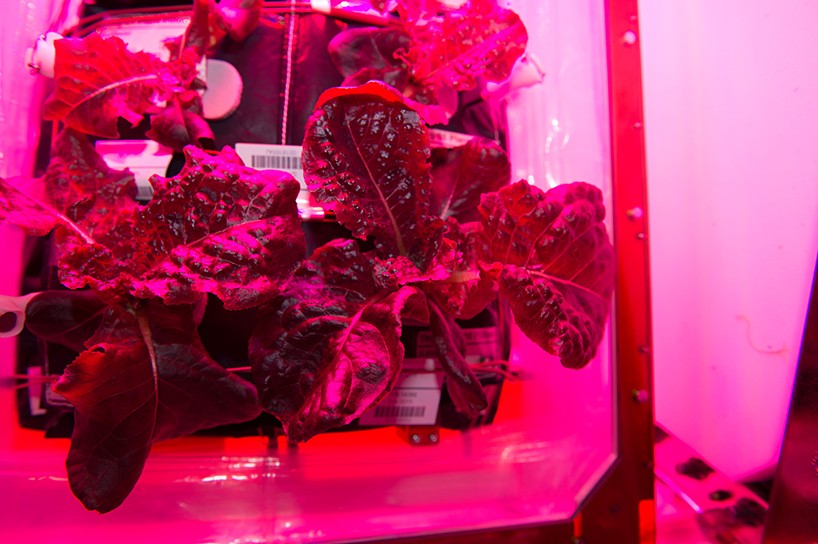 the unit uses red, green and blue LEDs to help the lettuce grow

the ‘veggie’ unit features a flat panel light bank that includes red, blue and green LEDs for plant growth and crew observation. using LED lights to grow plants was an idea that originated with NASA in the late 1990s according to dr. ray wheeler, lead for advanced life support activities in the exploration research and technology programs office at kennedy space center in florida. he discovered that blue and red wavelengths are the minimum needed to get acceptable plant development. the green LEDs simply help to augment the human visual perception of the plants, but aren’t need as much as the other two. 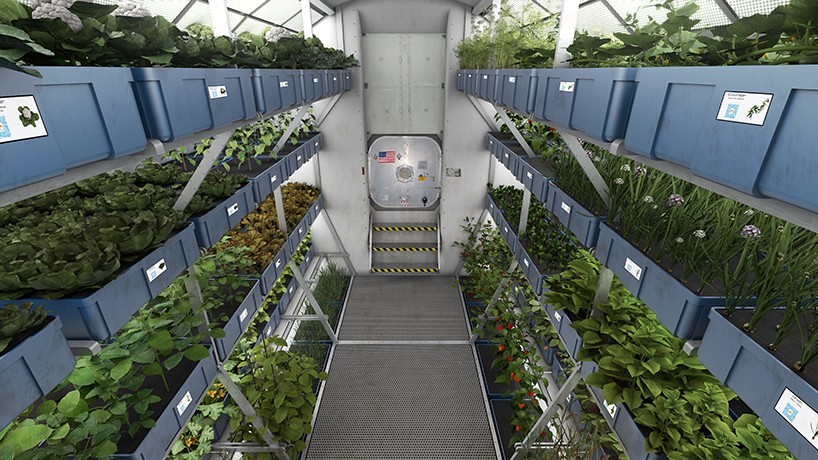 currently the astronauts need to clean the leafy greens with citric acid based sanitizing wipes (possible salad dressing potential there) before consuming them. the ‘expedition 44’ crew members can only eat half the crop and set aside the other half to be packaged and frozen on the station until it can be returned to earth for further scientific analysis.

this is a big big deal because it will provide future pioneers with a sustainable food supplement, which will be a critical part of their journey to mars. the NASA veggie project will also help with vegetable production back on earth, where it can be applied in urban plant factories where electrical light and water conservation is needed.