NASA HOLOPORTS THE FIRST HUMANS FROM EARTH TO SPACE

NASA is using 3D telemedicine technology to teleport doctors to the ISS. In a recent release, the Space Agency has unveiled images of NASA flight surgeon Dr. Josef Schmid, industry partner AEXA Aerospace CEO Fernando De La Pena Llaca, and their teams, being the first humans holoported from Earth all the way into space.

‘This is a completely new manner of human communication across vast distances,’ Schmid said. ‘Furthermore, it is a brand-new way of human exploration, where our human entity is able to travel off the planet. Our physical body is not there, but our human entity absolutely is there. It doesn’t matter that the space station is traveling 17,500 mph and in constant motion in orbit 250 miles above Earth, the astronaut can come back three minutes or three weeks later and with the system running, we will be there in that spot, live on the space station.’ 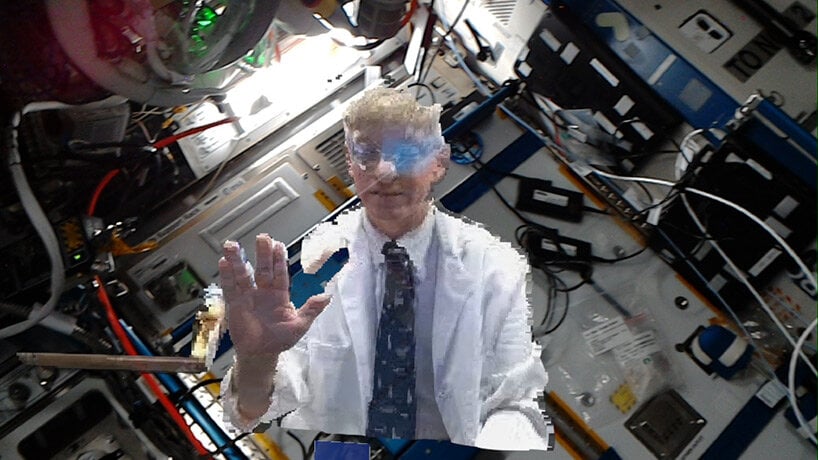 Over the past 30 years, NASA has played a significant role in the development of telemedicine. Their latest holoportation uses a type of capture technology that allows high-quality 3D models of people to be reconstructed, compressed and transmitted live anywhere in real time. These models are then combined with HoloLens, a mixed reality display that allows users to see, hear and interact with roomer participants in 3D. This technology has been used by Microsoft since 2016, but it is the first time it is used in such an extreme environment like space.

NASA is currently experimenting with more ways to use this technology, and states the next step includes combining holoportation with augmented reality.

‘Imagine you can bring the best instructor or the actual designer of a particularly complex technology right beside you wherever you might be working on it. Furthermore, we will combine augmented reality with haptics. You can work on the device together, much like two of the best surgeons working during an operation. This would put everyone at rest knowing the best team is working together on a critical piece of hardware,’ Schmid said. 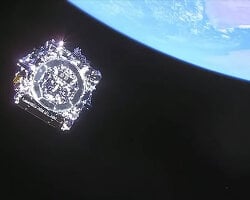