the original robonaut, a humanoid robot designed for space travel, was developed 10 years ago by the robot systems technology branch at the national aeronautics and space administration‘s (NASA) johnson space centre in collaboration with DARPA . during the past decade, NASA has gained significant knowledge in how to build robot technologies for space applications, helping NASA cast a new era of space exploration.

for the current version of the robonaut, known as robonaut2 or R2, NASA and general motors are working together to accelerate the development of the next generation of robots and related technologies for use in both the automotive and aerospace industries. the 300-pound robot consists of a head and a torso with two arms and two hands. 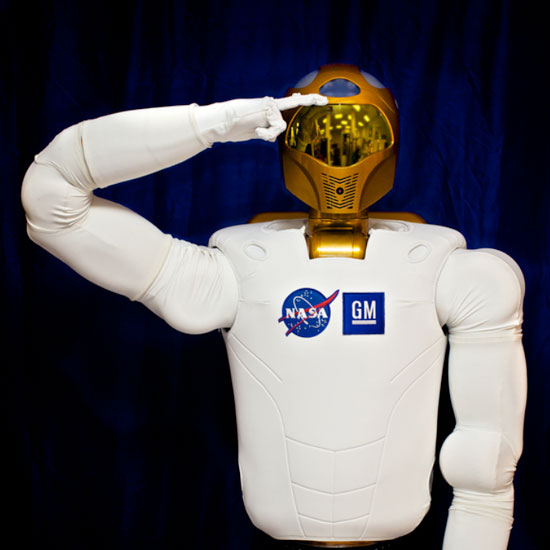 the R2 is a dexterous anthropomorphic robot. like its predecessor, it is capable of handling a wide range of extra-vehicular activity (EVA) tools and interfaces, but has speeds that are more than five times faster than the original robonaut. the R2 is also more compact and even more dexterous, and features a wider range of sensing. the R2 system includes: extended finger and thumb travel, extreme neck travel, high resolution camera and IR systems, miniaturized 6-axis lad cells, optimized overlapping dual arm dexterous workspace, redundant force sensing, series elastic joint technology and ultra-high speed joint controllers.

the dexterity of the robo allows it to use the same tools that astronauts currently do, removing the need for specialized tools just for robots. it has the ability to take over simple repetitive, or especially dangerous tasks on places such as the international space station. because the R2 is approaching human dexterity, tasks such as changing out an air filter can be performed without modifications to the existing design. 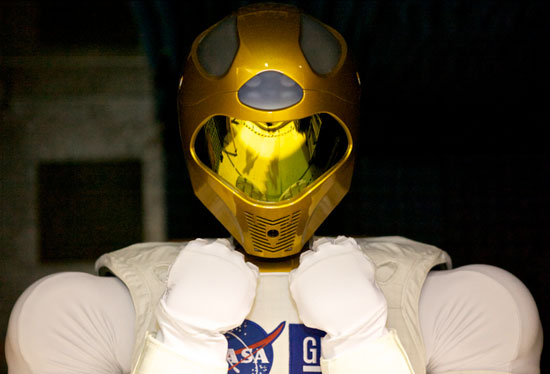 the R2 will be first every humanoid robot to go into space next month, joining the international space station’s crew, helping researchers build a robot that can carry out dangerous or repetitive tasks in space that would otherwise be performed by a human. testing the robot inside the station will provide an important intermediate environment. robonaut2 will be tested in microgravity and subjected to the station’s radiation and electromagnetic interference environment. the interior operations will provide performance data about how a robot may work side-by-side with astronauts. as development activities progress on the ground, station crews may be provided hardware and software to update R2 to enable it to do new tasks. for now, R2 is still a prototype and does not have adequate protection needed to exist outside the station in the extreme temperatures of space. 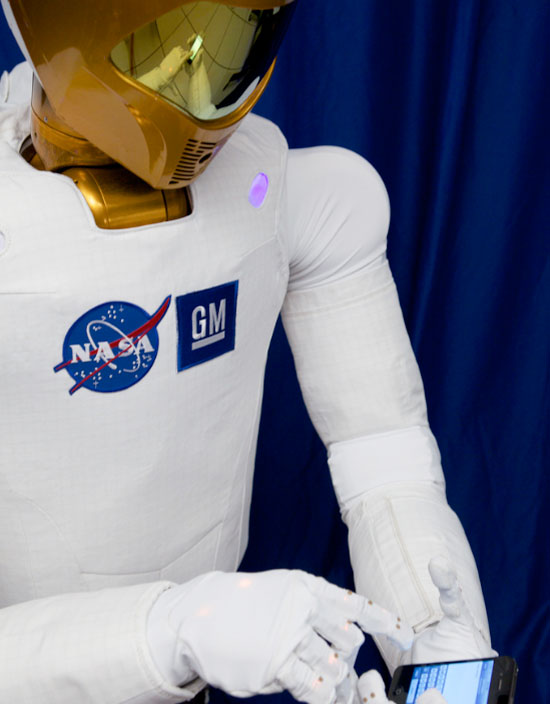 from space, the robot will also be sending twitter updates of the journey from the account of @astrorobonaut, however, the R2 will not be composing tweets on its own. the team from the NASA’s johnson space center in houston, texas are behind the 140-character messages. 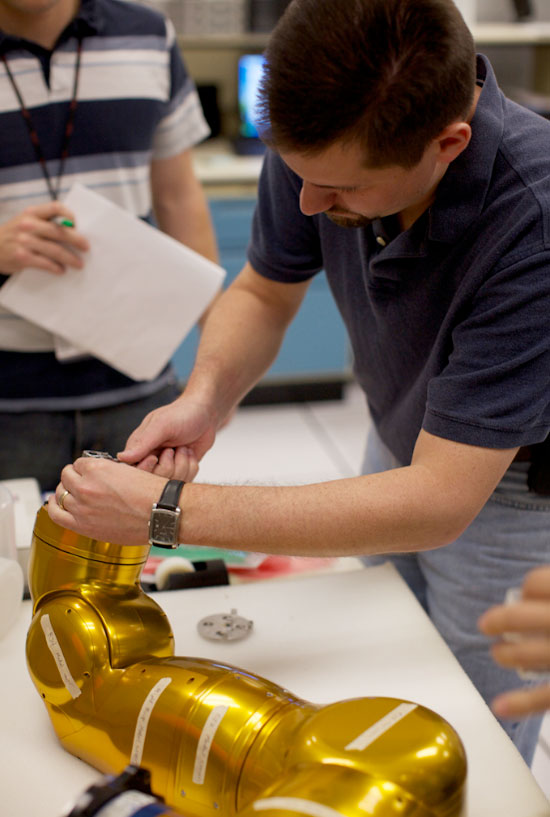 working on the mechanical dexterity of the robot

‘this project exemplifies the promise that a future generation of robots can have both in space and on earth, not as replacements for humans but as companions that can carry out key supporting roles. the combined potential of humans and robots is a perfect example of the sum equaling more than the parts. it will allow us to go farther and achieve more than we can probably even imagine today.’ – john olson, director of NASA’s exploration systems integration office at NASA headquarters in washington 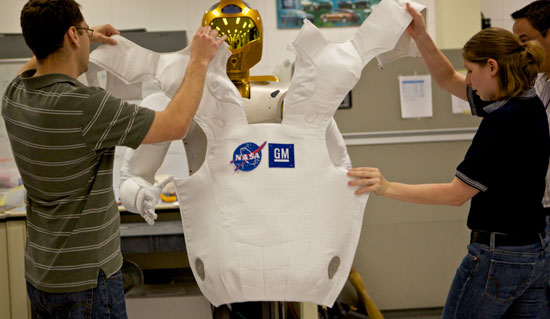 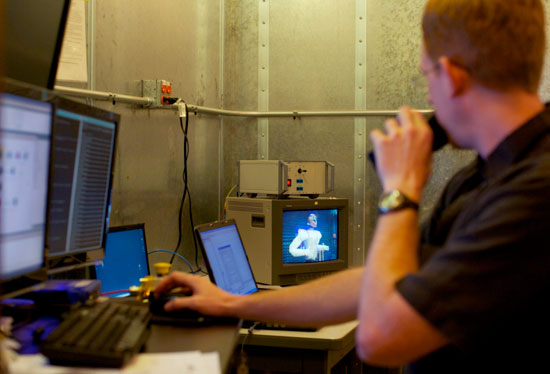 monitoring the activity of the R2 at ground level 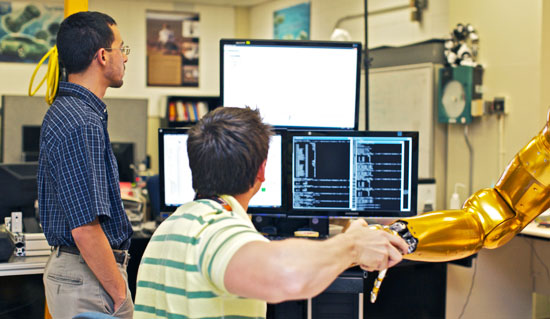