blue might be the world’s most popular color, but it is so rarely found in nature that scientists have resorted to artificial dyes and chemicals to create all of our favorite blue products — including sweets, drinks, cosmetics, and clothing. these synthetic dyes, which are typically made from petrochemicals, are still raising concerns about their environmental impact and safety as food additives, with researchers struggling to find an all-natural alternative. now, the long search might actually be over, as pamela denish, a graduate student in UC davis’ innovation institute for food and health, and her colleagues have discovered a blue pigment in red cabbage, similar to the artificial food coloring brilliant blue FCF or E133. 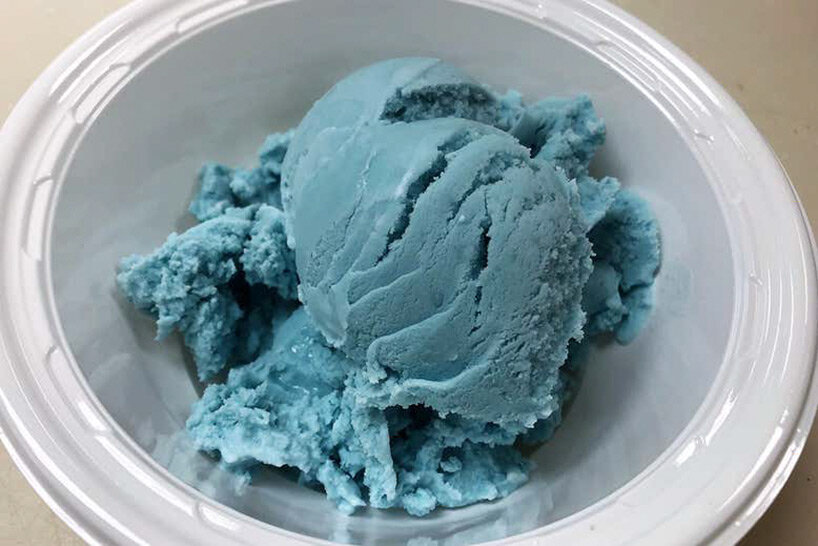 according to rebecca robbins from the mars wrigley global innovation center in the US, who was also involved in the UC davis study led by pamela denish, the reason why the color blue is so uncommon is that complex molecular structures are required to absorb the right wavelengths of light to give a blue appearance. in other words, there isn’t really a true blue pigment in nature, and both plants and animals have to perform ‘tricks of the light’ in order to look blue. 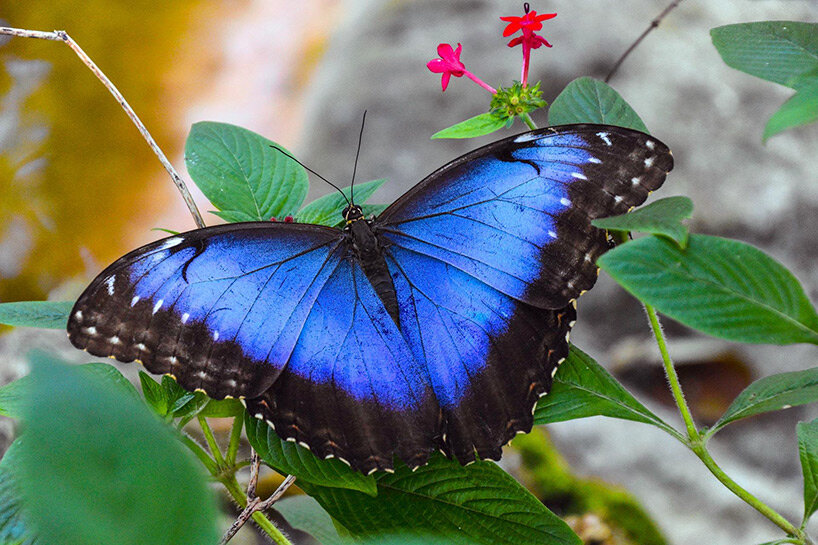 if the wings of the blue morpho butterfly were shaped differently their blue color would disappear
image by charles patrick ewing, via the university of adelaide

this natural blue pigment discovered by denish and her team at UC davis is a type of anthocyanin molecule that is only present in small amounts in red cabbage. researchers found they could make larger quantities of this dye by treating the dominant red-colored anthocyanins with a specially designed enzyme that turned them blue. so far, the dye has been used to color ice cream, doughnut icing, and sugar-coated lentils, with all test foods remaining blue for 30 days in storage.

the natural blue dye is still undergoing tests before being used in wide-scale food production. however, kumi yoshida from nagoya university in japan, one of the study authors, has shared that since ‘red cabbage anthocyanins have a long, long history in our diets’, it is unlikely that the new pigment will cause adverse health effects.

name: discovery of a natural cyan blue
research led by: pamela denish and the university of california, davis
in collaboration with: mars wrigley global innovation center