climate change and rising temperatures have been tough on california in 2015. the last major drought happened in late 1970s, but only 20 million people resided in the state. now nearly 40 million live there, and that’s a troubling statistic. a san francisco based start up called nebia believes this will be the deciding factor, – californians need to play a major role to meet the minimum 25% mandatory cuts in water usage. they’ve decided to focus on those long showers people are taking everyday, and redesigned a shower head from scratch. 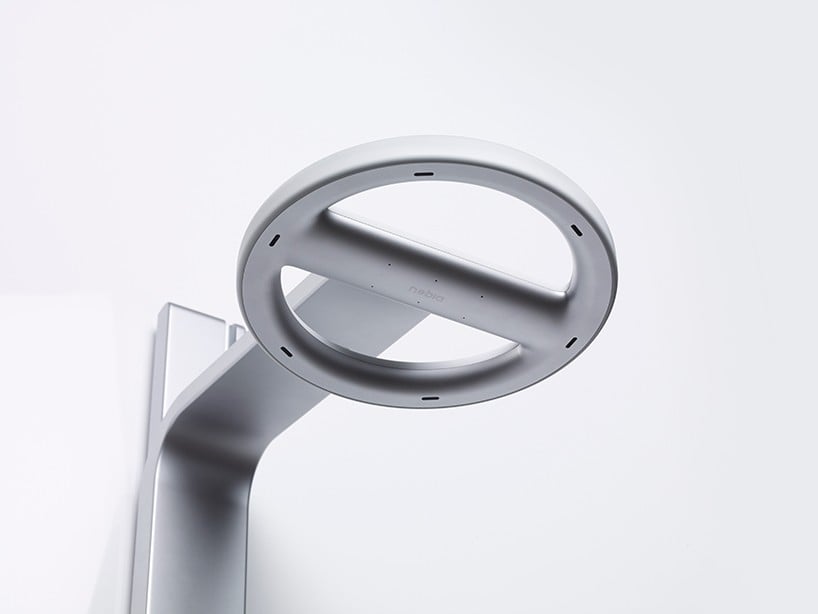 the form was designed by box clever

‘showers have been the same for 100 years’, explains co-founder and CEO, philip winter. ‘not only do we need a more efficient solution, we need an all around better experience in our daily routines. ‘we set out to create a better shower experience first, and save as much water as possible. it turns out the age old belief that more water equals a better experience isn’t necessarily true.’

the nebia shower head atomizes water into a millions of tiny droplets, creating a water spray ten times greater than that of a regular shower. they’ve done this by researching and developing an advanced nozzle system influenced by thrusters from space rockets. this better system boasts waters savings of up to 70%. they estimate that 200 billion gallons of water can be saved annually, if every person in the sate were to switch to a their shower. the company asked box clever to frame a design alongside the technology with an elegant, and simple form. the result is functional, easy to install system that could really disrupt the shower head industry. 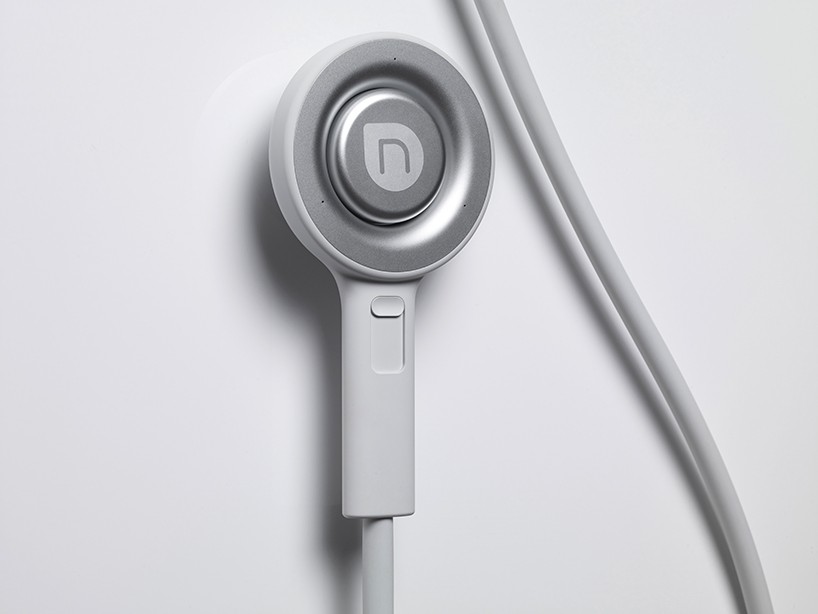 nebia is currently running a campaign on kickstarter, which is accompanied by serious silicon valley investors like apple CEO tim cooke and y-combinator. expect to see the shower head in may 2016, where hopefully california will still have water to offer. 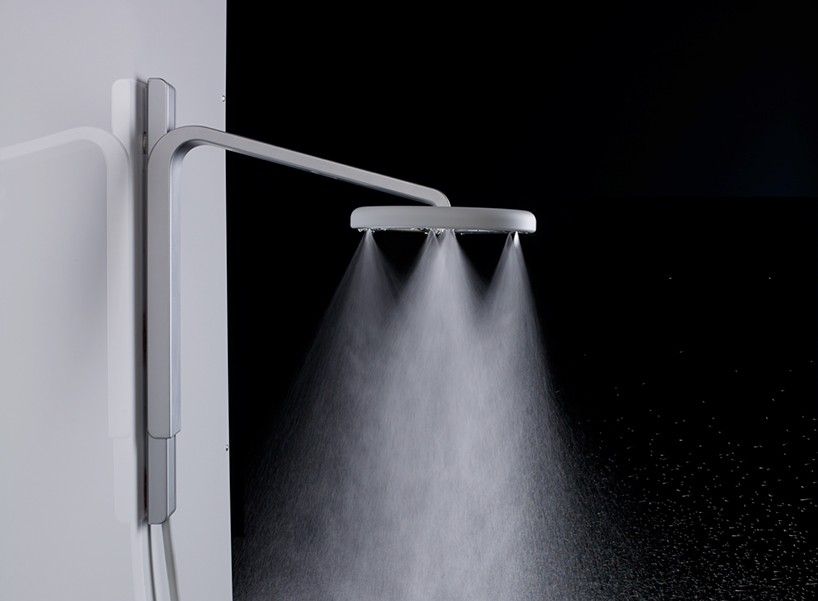 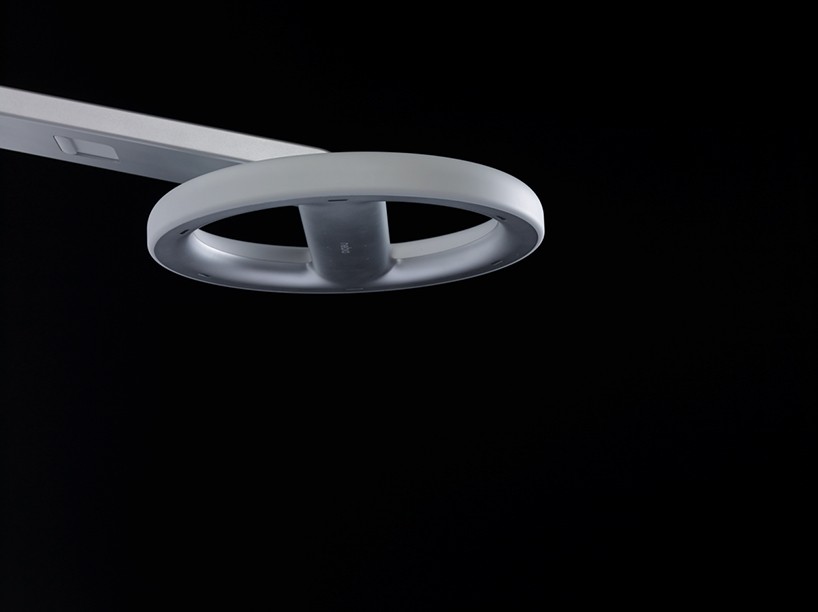 the head rotates up to 45 degrees 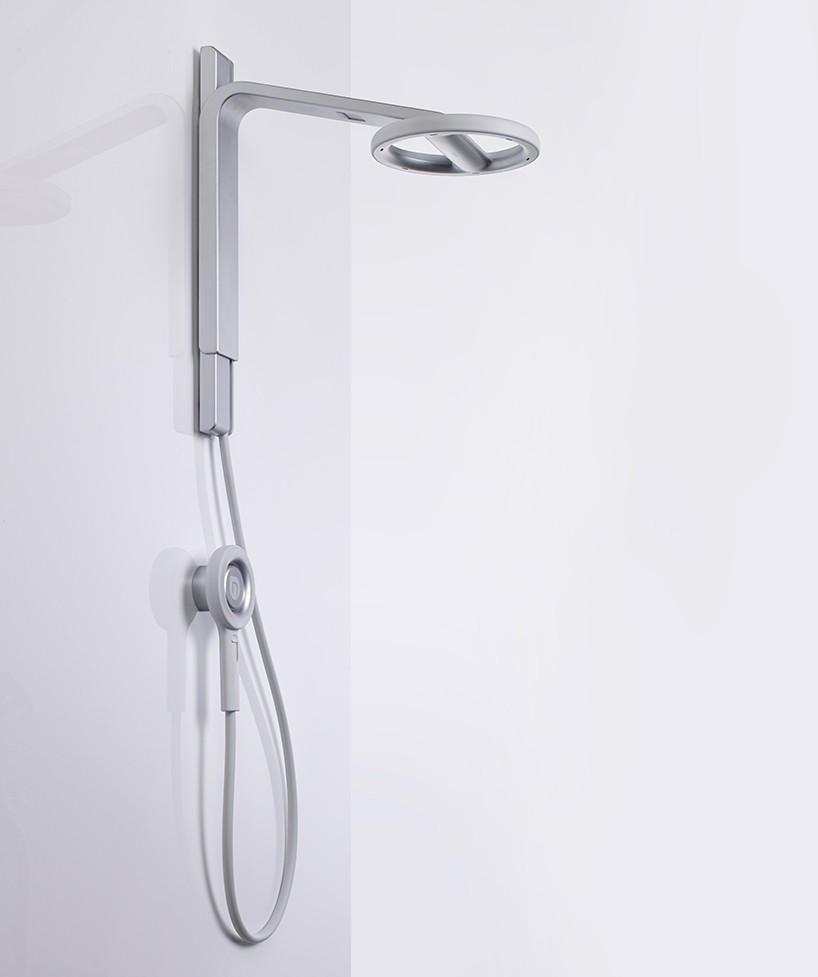 the arm also slides up and down