nervous system has created the ‘kinematics 4D print dress’ which scans bodies to fabricate custom-fit garments from an intricately patterned structure of 2,279 triangular panels interconnected by 3,316 hinges. the manufacturing process used to generate complex forms, printed the dress as a single folded piece at the shapeways factory in new york city. the ‘kinematics dress’ required no assembly and represents a new approach to manufacturing by integrating design, simulation and digital fabrication to create customized products.

the manufacturing process of the printed dress
video courtesy of shapeway

the museum of modern art has acquired the dress which behaves as a continuous fabric to flexibly conform and fluidly flow in response to body movements, and its software as a permanent collection. the smart folding strategy employed by nervous system, compresses the garments into a smaller form for efficient fabrication that can print larger structures than the machine could normally create. 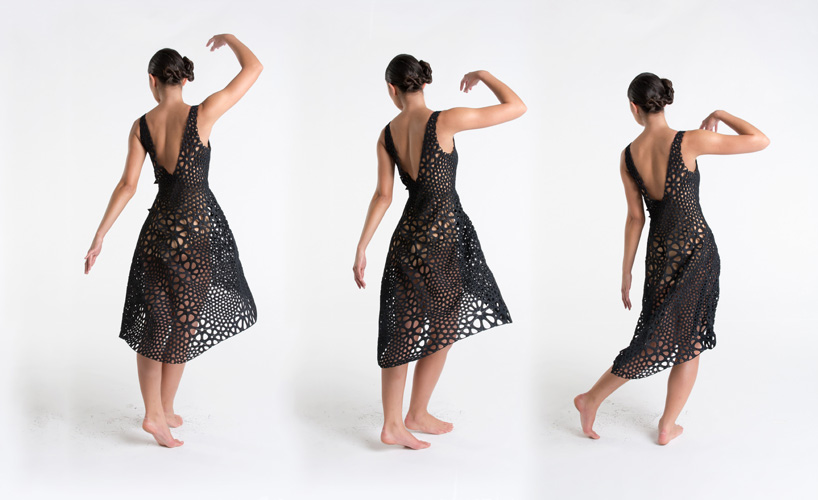 the dress responds to the wearer’s body 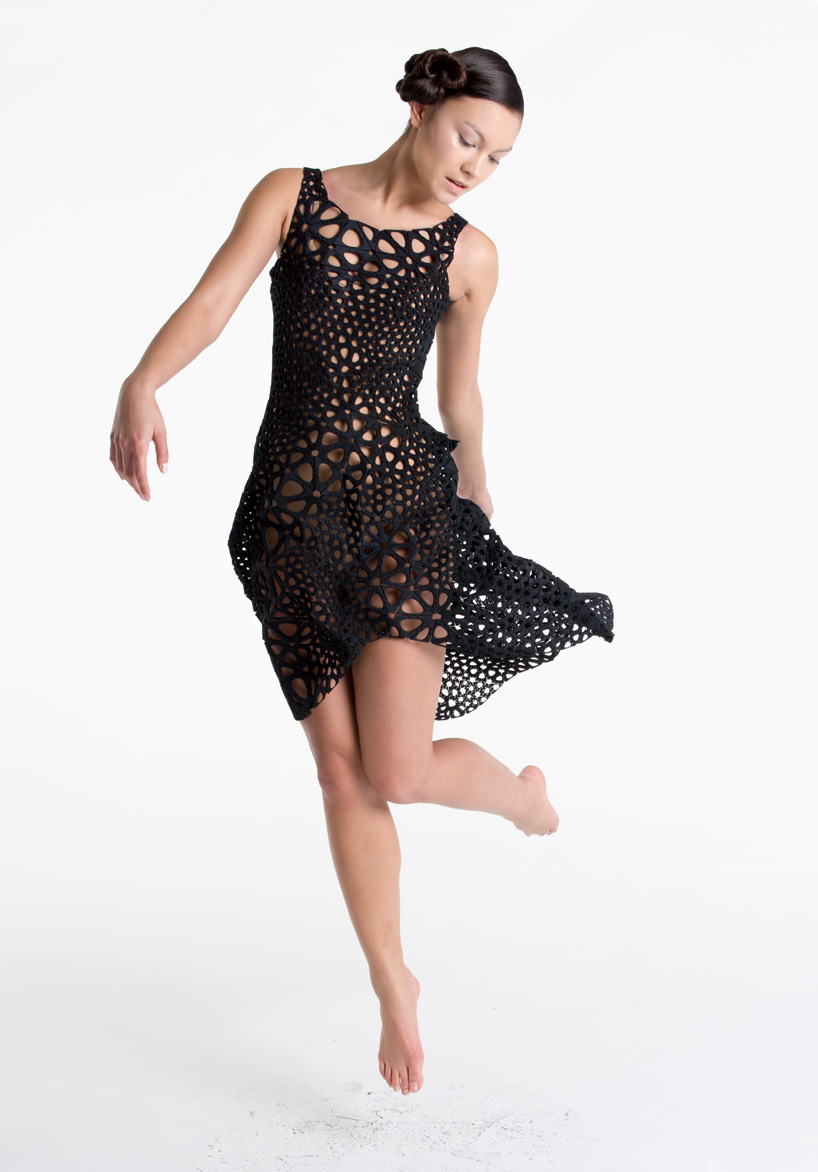 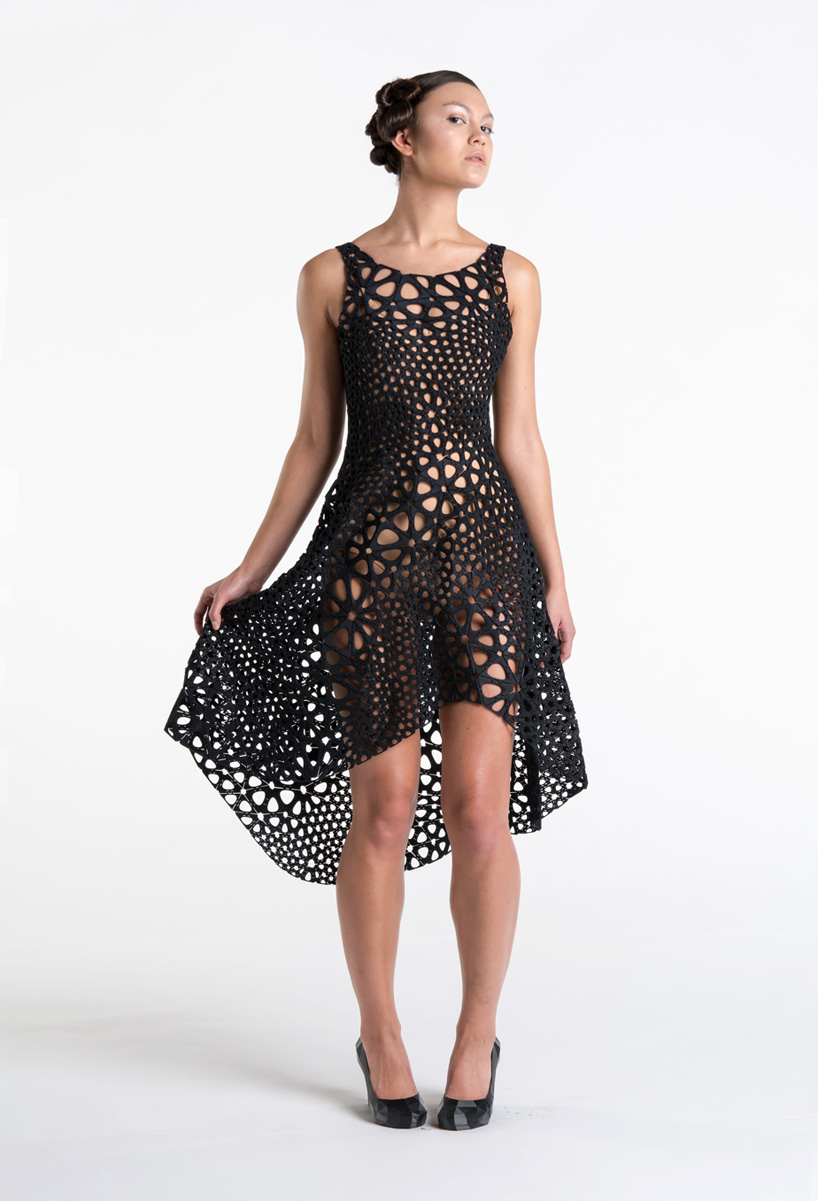 it is composed of thousands of unique interlocking component 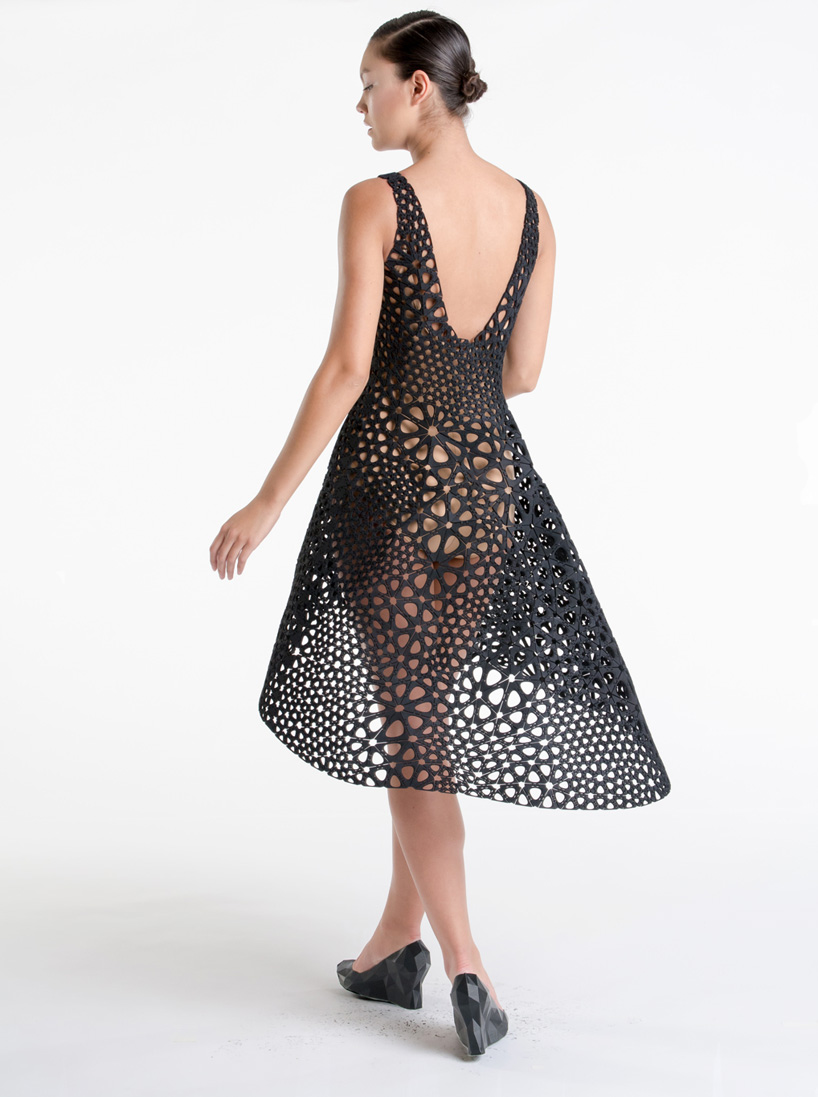 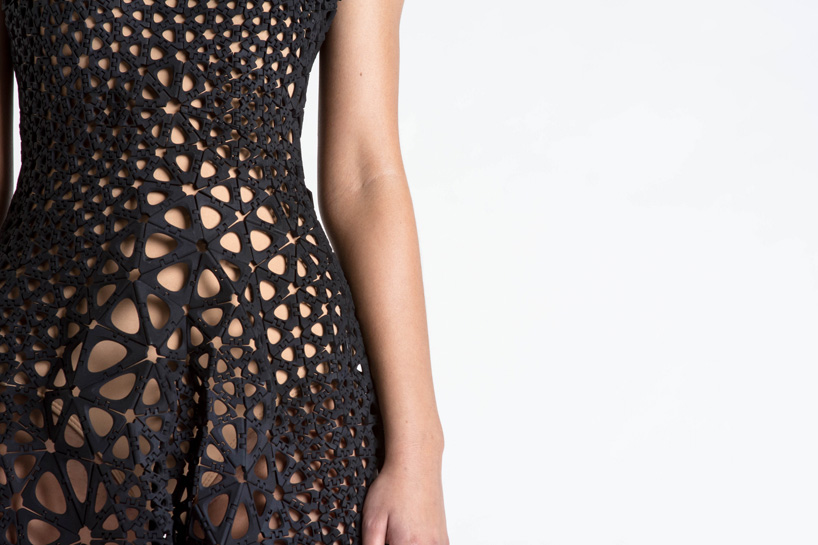 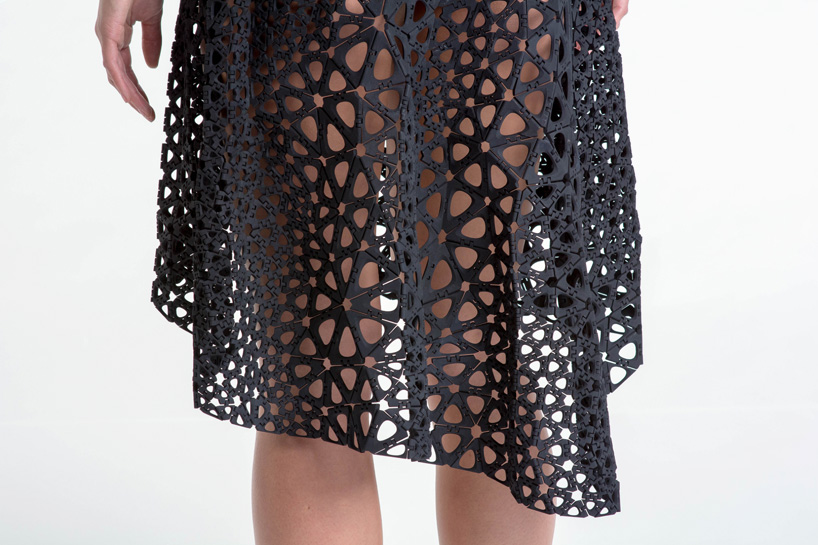 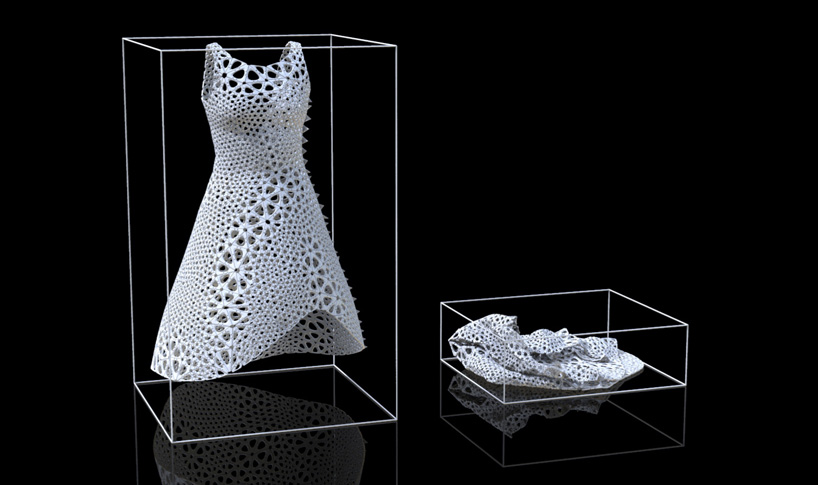 the dress folds into a compact shape 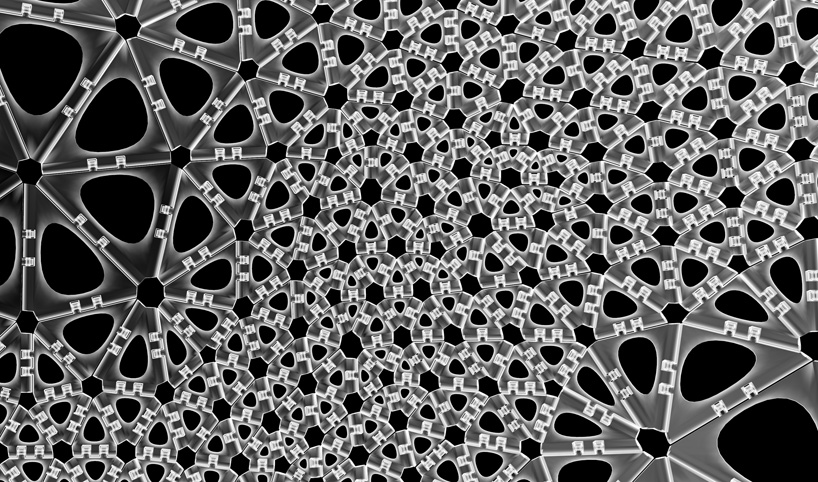 render image of the complex shape 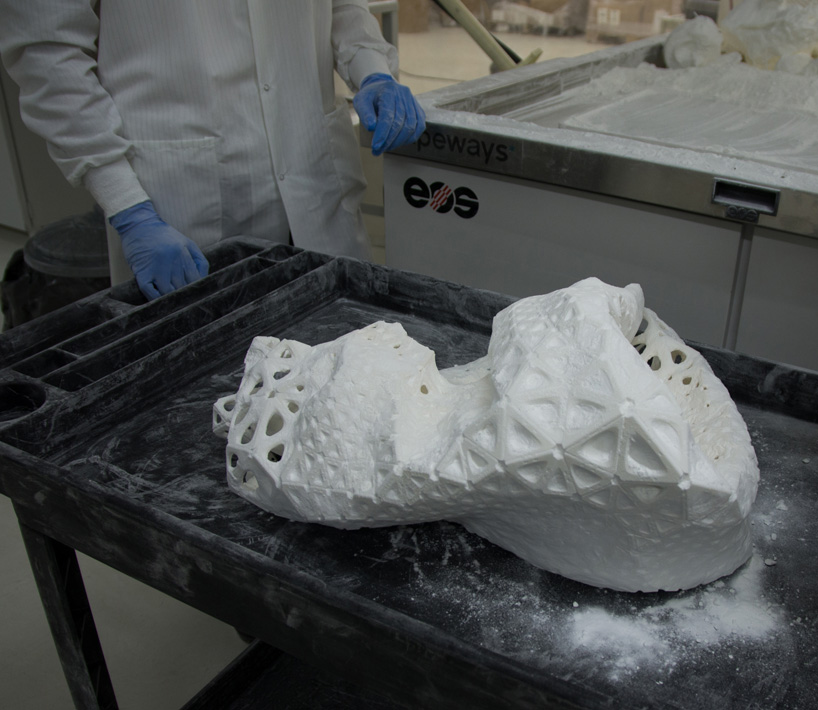 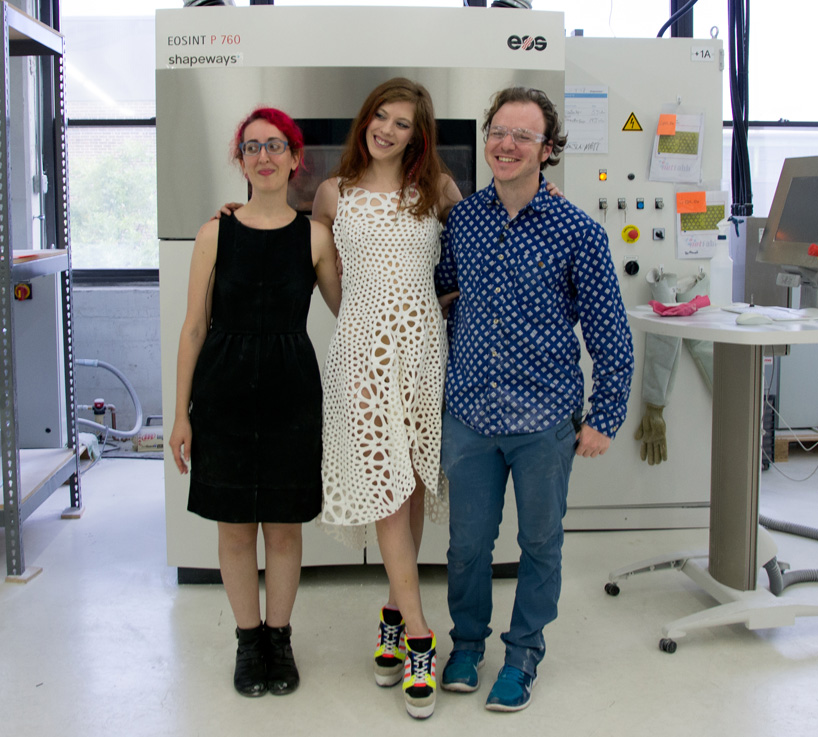 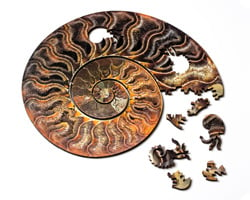 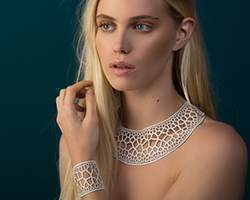 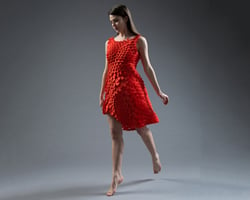 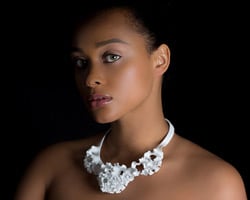