China has recently launched the world’s first Maglev ‘Sky Train’ transport system that runs power-free thanks to permanent magnetic tracks that keep the carriages suspended indefinitely in mid-air, gliding smoothly and silently. A first test run of the 800-meter-long Red Rail was successfully completed in Southern China’s Xianggou County at speed reaching 80km/h. The project’s next phase will see an increase in both track length (7.5 km) and maximum speed (120 km/h). 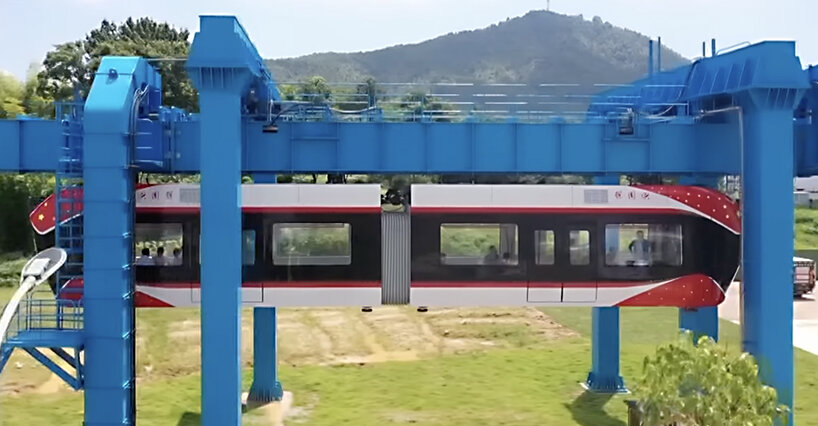 The Maglev (or Magnetic Levitation Train) transportation system, available today in three countries, was first envisioned by American inventor Robert Goddard and engineer Emile Bachelet in the first half of the 1900s. Fast-forward to 1984, when the Maglev system was officially introduced to the public sector for commercial use.

These trains typically run on two sets of electromagnets, whereby repulsive forces triggered by opposite poles help lift, propel, and move the carriages forward without friction. 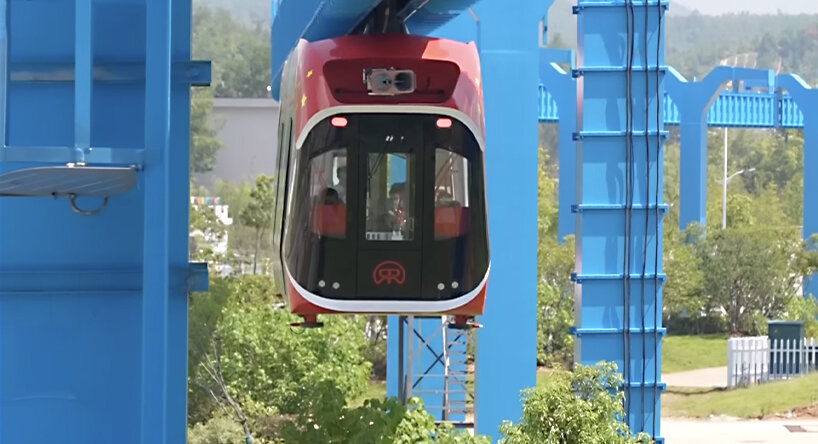 a two-carriage system that can hold 88 passengers

However, this new ‘Sky Train’ system takes electricity out of the equation, using only magnets composed of rare-earth metals that ‘create a constant repelling force [which] can lift a train with 88 passengers and keep it floating even without power,’ states South China Morning Post. Specifically, the Red Rail train, supported by blue-colored steel poles, is lifted 10 meters above the ground.

‘Its most prominent feature is zero-power suspension, which can save at least 31% of the energy normally needed to suspend trains using previous electromagnetic levitation technology,’ comments Chief Red Rail Expert Yang-Bin. 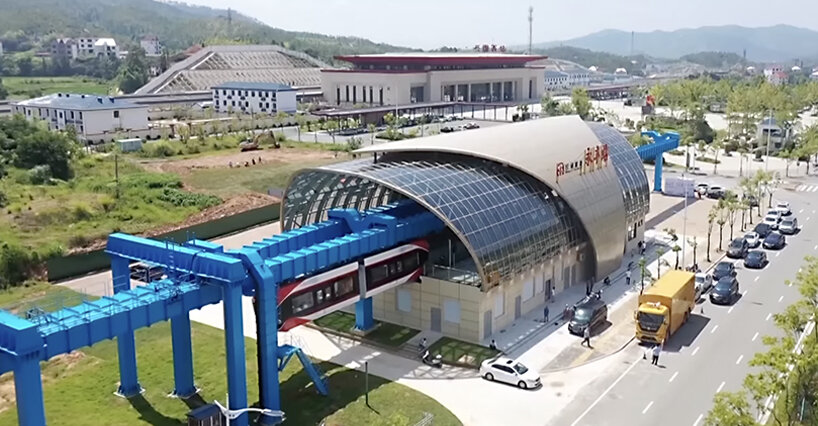 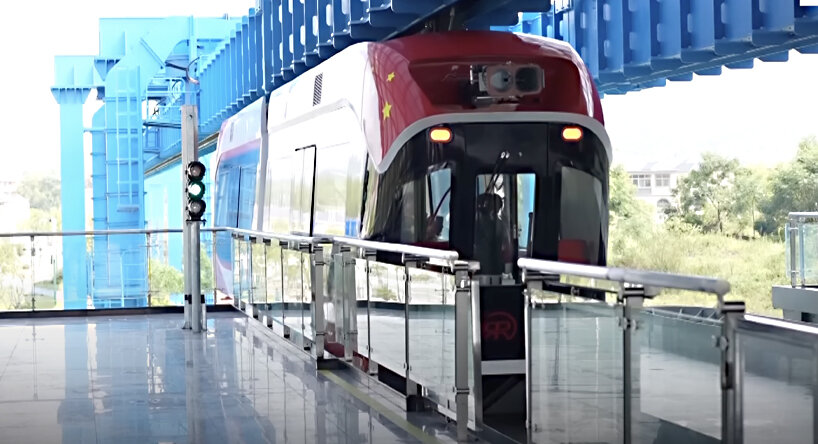