‘zooka‘, a bluetooth speaker by industrial design studio new, is developed as a truly portable sound solution for tablets, smartphones, and even laptops and computers.

composed of durable silicone, the speaker provides five times the volume of the built-in speakers on most handheld devices, with increased fidelty. ‘zooka’ connects wirelessly via bluetooth to iPhone, iPad, or any other portable device or computer, although it also contains a 3.5mm audio input to manually plug in any non-bluetooth-compatible devices. the device also fits over the tops of tablets and laptops, including over tablet smart covers. it charges via miniUSB, providing over eight hours of media content on a single charge.

‘tablets are made to move, adapt, and flow from one use to another,‘ explains drew downie, part of the design team; and so peripherals should follow the same logic. docking stations are counterproductive; instead ‘zooka work[s] with your tablet [or smartphone]. it goes where you go.‘

the product is currently seeking funding via a kickstarter campaign, aiming for an august release. ‘zooka’ is produced in orange, green, blue, brown, gray, and black, plus a special glow-in-the-dark model for kickstarter pledgers and with red and purple models planned for future release. 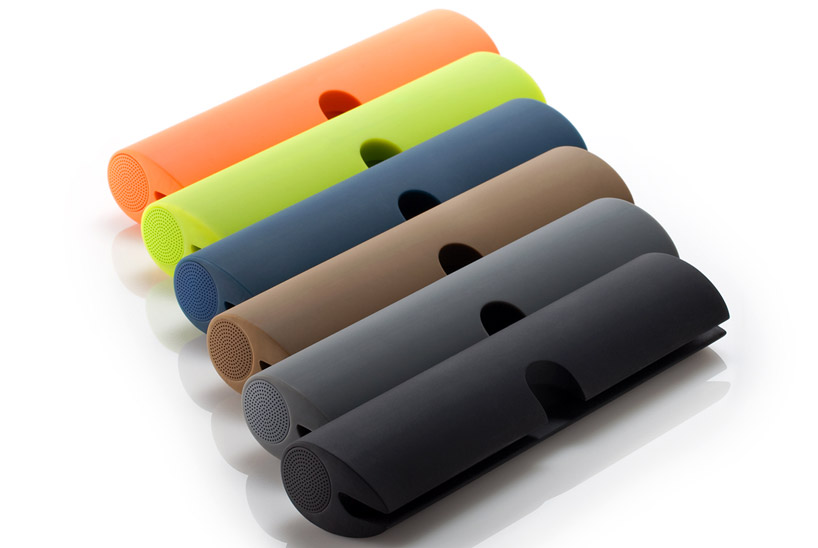 full view of the speakers of the current production line 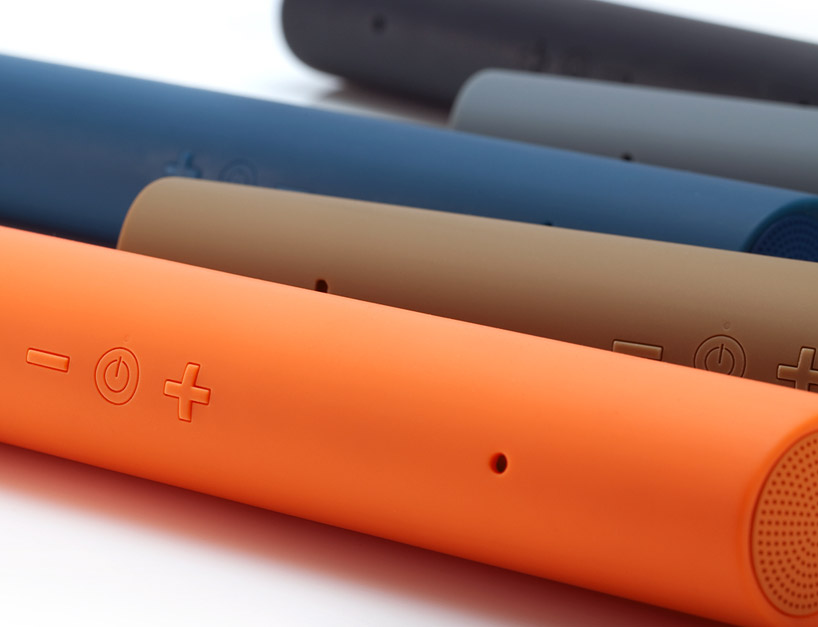 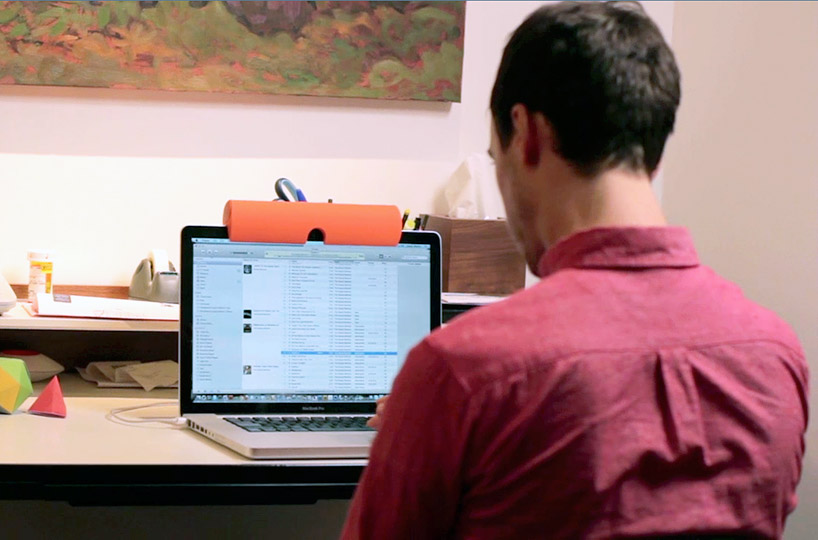 the bluetooth device can also hook physically onto tablets and laptops the durable silicone speaker can double as a hand grip 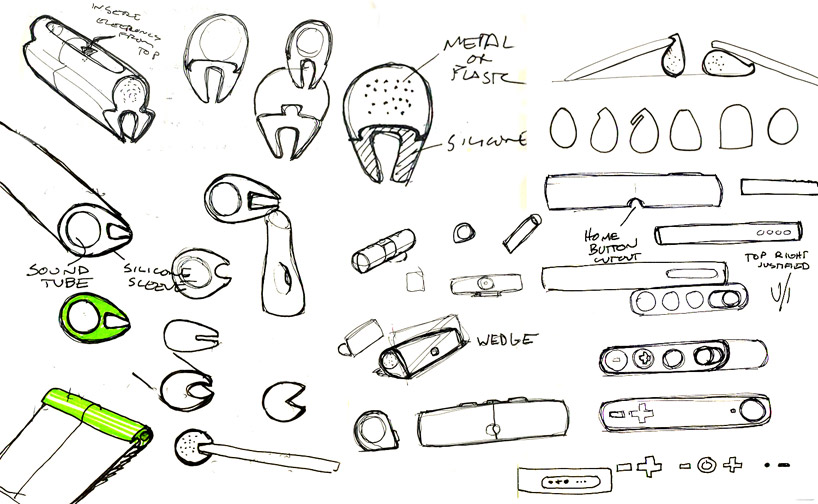