newdealdesign partnered with san francisco company VivaLnk to create ‘fever scout’ – a flexible and soft wearable thermometer that helps parents and caregivers keep on top of a child’s temperature when they’re not feeling well. wirelessly connected to a smartphone using bluetooth technology, the device automatically and continuously measures temperature so parents can monitor their children and give them the best care possible. made for kids, ‘fever scout’ attaches securely with a gently removable adhesive strip, monitors temperature for up to a week on a full charge, is rechargeable and reusable.

the flexible patch is playful and colorful and stands out to children and parents alike. while the physical design exceeds traditional medical device styles, it is also based on a strong technological understanding. separating bluetooth and sensors as far from one another as possible helps increase connection range and measurement efficacy, while color acts as a subtle cue indicating how to place the ‘fever scout’ for optimal monitoring. 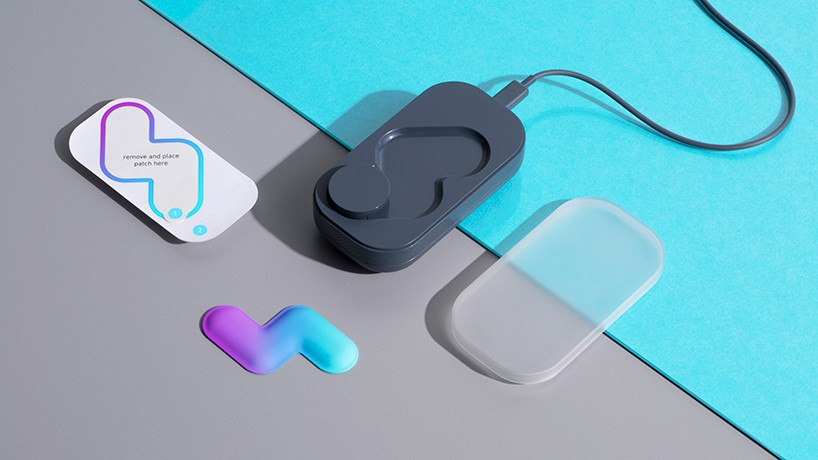 the app that accompanies the wearable works with iOS and android platforms, and is designed to eschew complexity for intuitiveness of use. a simple tap ensures quick paring between ‘fever scout’ and one’s phone, and two main modalities provide both base and in-depth levels of interaction. a temperature alert level selected during paring automatically pushes notifications to the device when a certain temperature or event takes place when certain temperatures are reached, or events take place, thus reducing reliance and stress associated with in-app update fatigue. 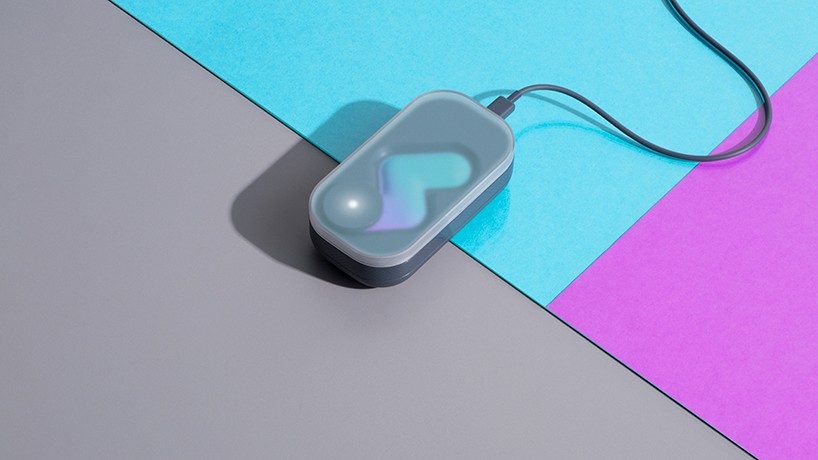 the sensors last a week on a full charge

if one chooses to go further, the app also can provide temperature data over the first critical 12-hour interval of an illness. spikes and lulls become quickly visible, while annotations provide a second layer of in-depth information. detailed charts and notes generated through the app can be saved so that you can gain insight into what is working to help your child over the course of their malaise, and can also be easily exported digitally to your doctor.

finally, the ‘fever scout’ can monitor multiple children and users — they can be easily added and managed — while an ad-hock network of WiFi ensures that as long as it is connected with the flexible patch, a parent or caregiver can stay informed through their personal account, or vivalnk’s cloud service. 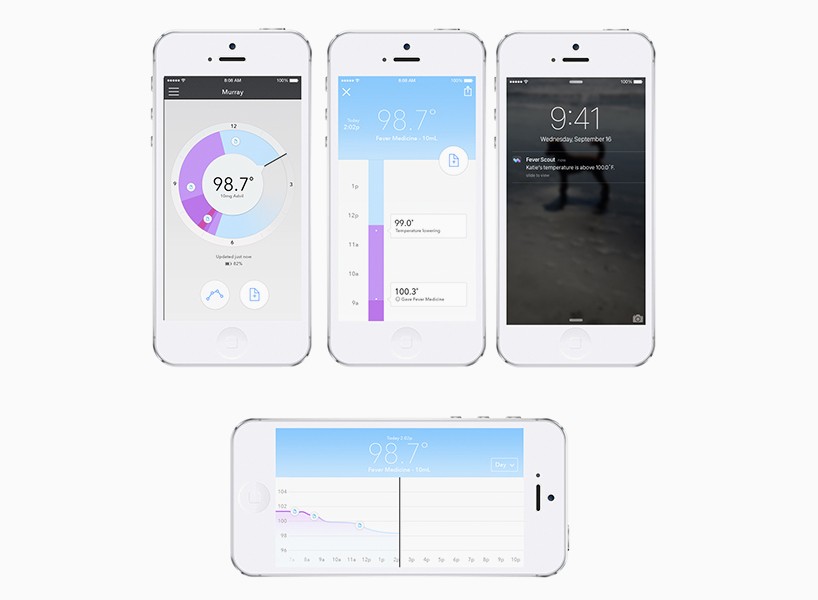 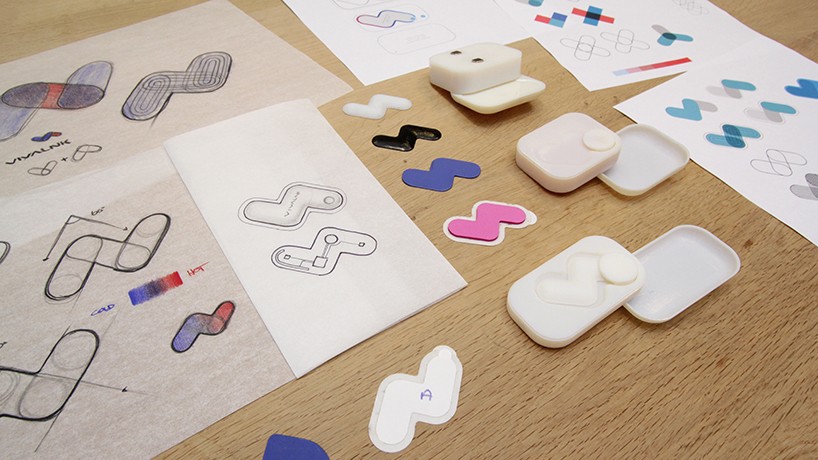 the design process by newdealdesign 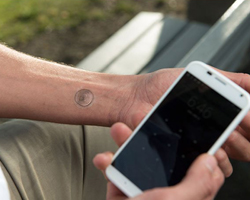