nexa3D introduces the ‘NX1’ – a fast-paced printer that integrates a new system using self-lubricant sublayer photo-curing technology. this method dramatically changes the 3D printing experience by cutting the time take from hours to minutes and brings professional-quality high-resolution 3D printing to everyone.

the ‘NX1’ is an unibody desktop printer designed in italy by stanislao migliorino for extreme precision and performance. the ‘NX1’ tank is built as a unique body with the linear bearings of the four arms. this ensures an alignment between build platform, tank and light source. the motor in the heart of the machine imparts a central thrust force to the build platform, using four mechanical arms. this avoids any mechanical stress to deliver print accuracy. 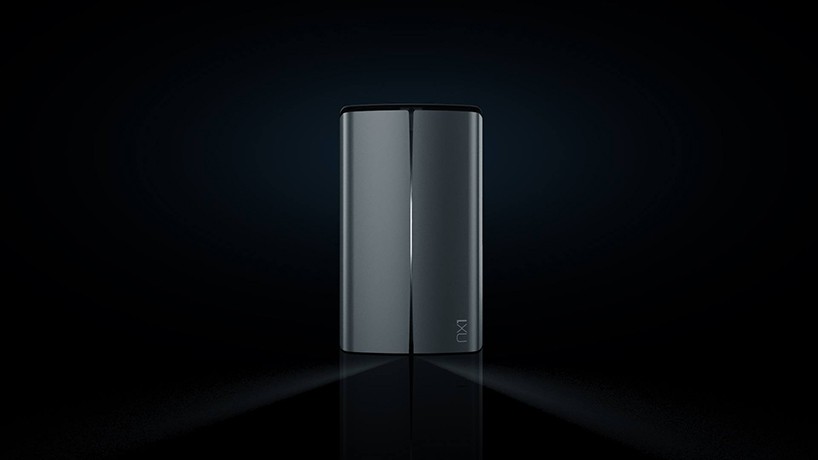 the recently developed printing process interposes a transparent self-lubricating film between the bottom of the tank, the photo-curing resin, and the light source. by gently releasing a layer of oil, this allows the finished resin to solidify while suspended on the substrate. the heart of the ‘NX1’ system is the oil because it produces a sublayer that prevents newly formed layers from sticking to the magnetic build platform. the resulting process can print a one-inch (25,4mm) part in about three minutes. other 3D printers use a complex refill process, but the team at nexa3D designed a clean, safe integrated resin cartridge system that eliminates the need for complicated refills. the 3D printer also offers a self-cleaning system to ensure other colors won’t bleed into the next 3D printing job. the nexa3D ‘NX1’ 3D printer is available for pre-orderer on kickstarter. 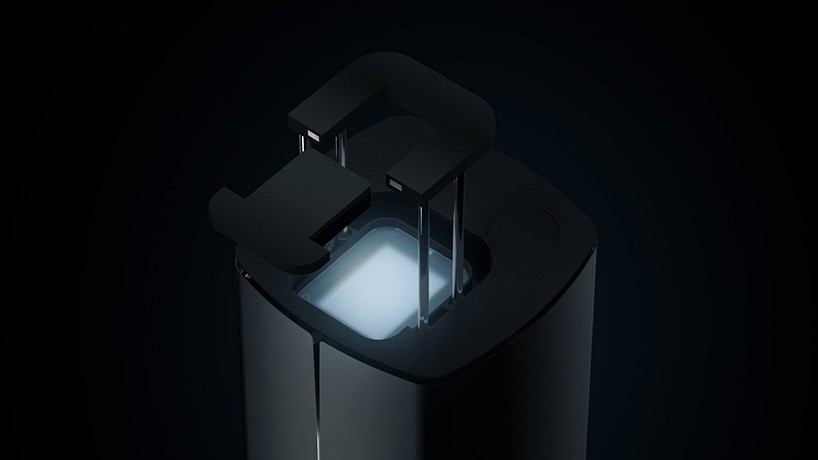 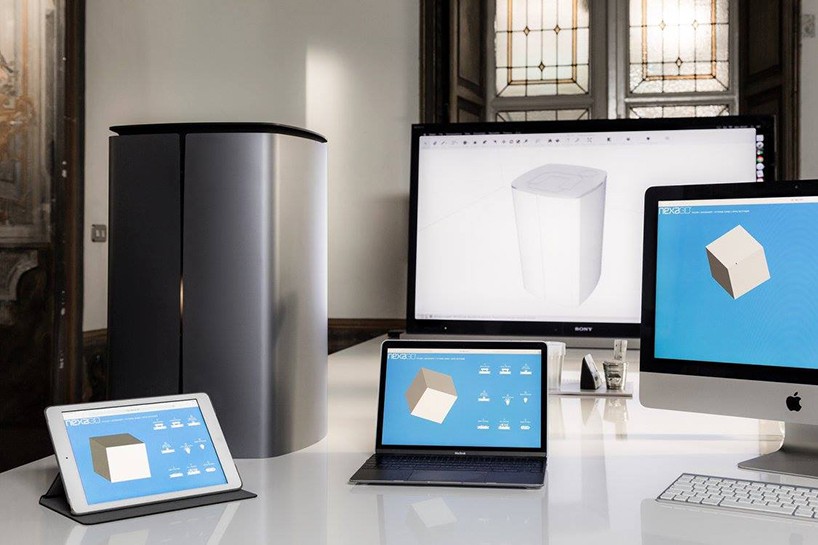 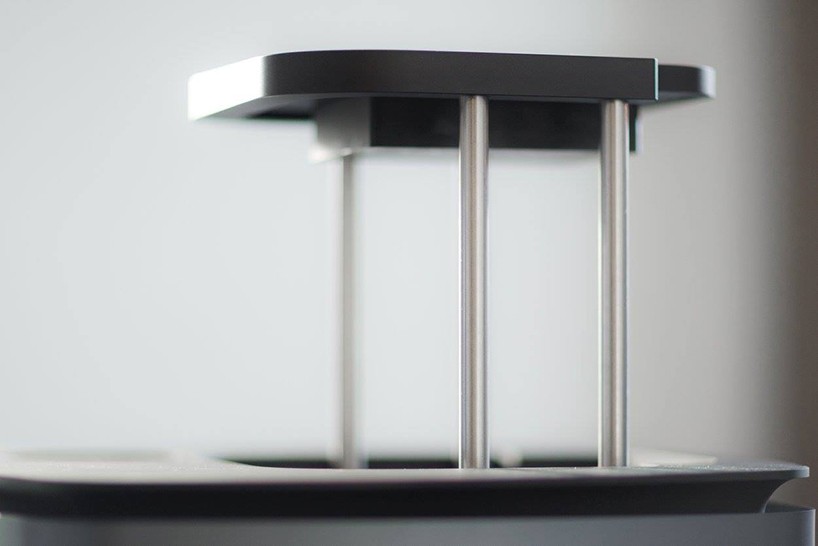 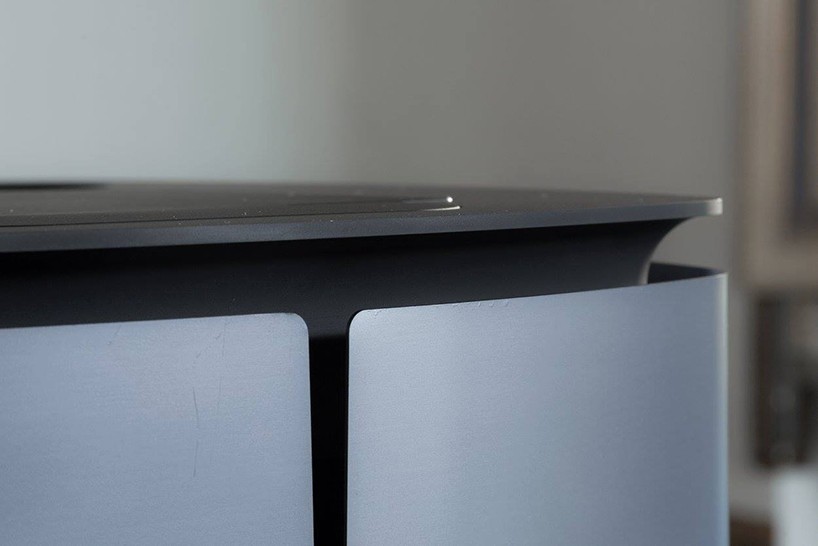 the edges of the printer also act as a venting system 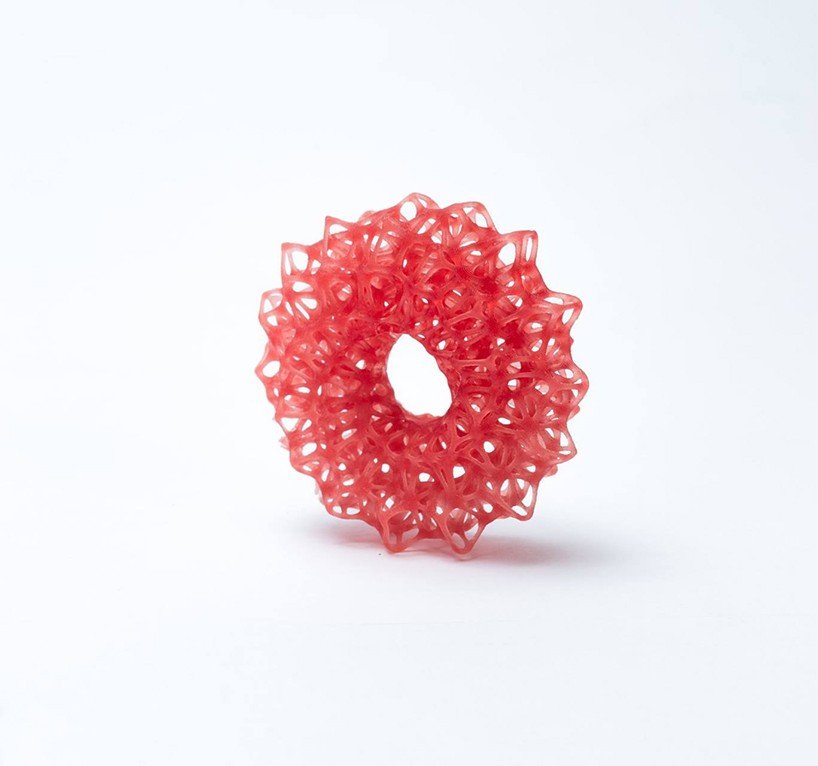