nike shift have created two electric motorcycles; ‘rebel’ – a modified 1987 honda ‘rebel 250’ which is powered by the guts of a golf cart drivetrain – as well as the ‘leafy savage’ which holds a battery pack from a nissan leaf and frame donated from a 2003 suzuki ‘savage’, as well as the enertrac motor which provides a maximum power output of 40 hp. the black enertrac motor can be found in the rear hub of the night shift bike . it doesn’t need a transmission. the wires that connect to the controller are located under the right side of the swing arm. when riders let off the throttle, the motor switches polarity and recharges the battery through regenerative braking. where the motor used to be is where a battery pack of cells from the ‘leaf’ electric car can be found, wired in series for a total of 116 volts.  there are four flat-pack lithium manganese oxide (limn2o4) batteries in each of the 14 cells on the bike. 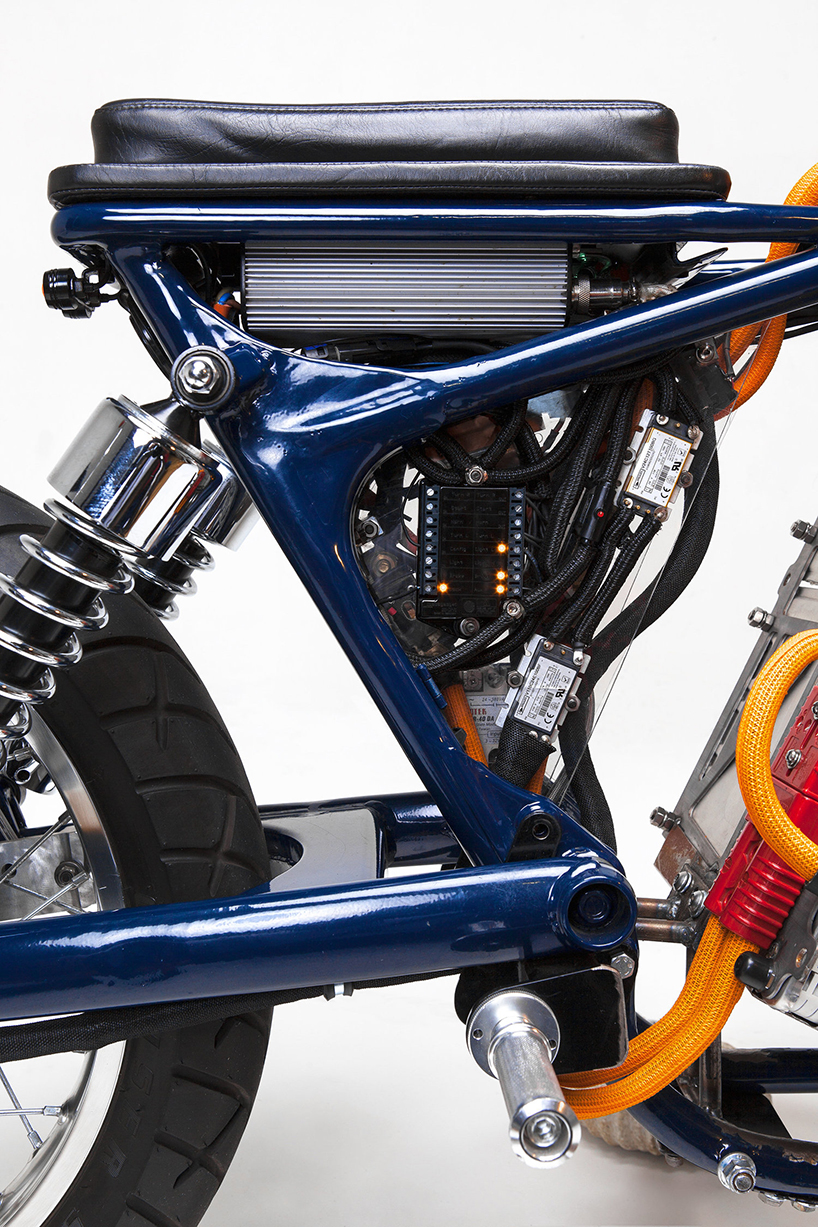 under the seat is a silver kelly controller rated for 250 amps which manages the electricity flowing between the motor and the battery. when riders twist the throttle, the controller adjusts the duration and spacing of pulses being sent to the motor. the harder the twist, the longer the pulses, and the smaller the gaps between them. this keeps the bike from ripping out from beneath you and creates a silky smooth power delivery. users can connect a laptop to the controller through the blue data port above the license plate and adjust the power curve for better acceleration or more range. its currently setup for quick but balanced city riding and a range of 100 miles approximately. sitting where the gas tank used to be is an eltek charger that can provide up to 3000 watts at 220 volts. it is currently wired for 110 v and can connect to any household outlet via an extension cord through a charge port located below and behind the seat. it will charge in under three hours. 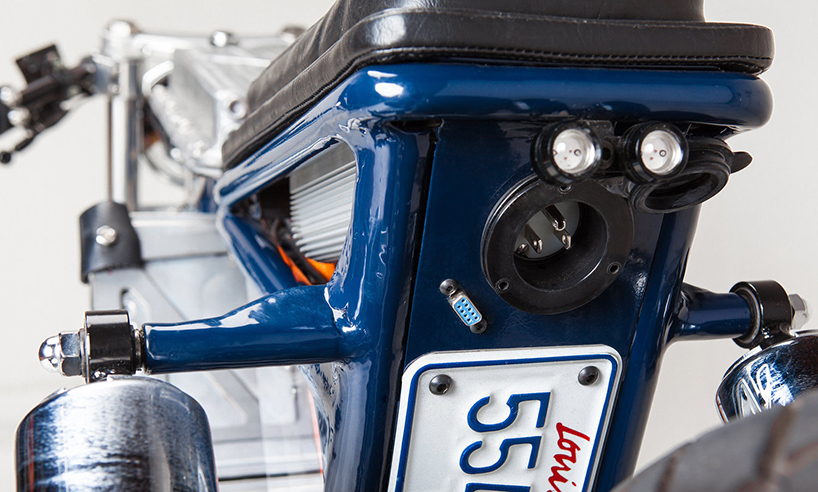 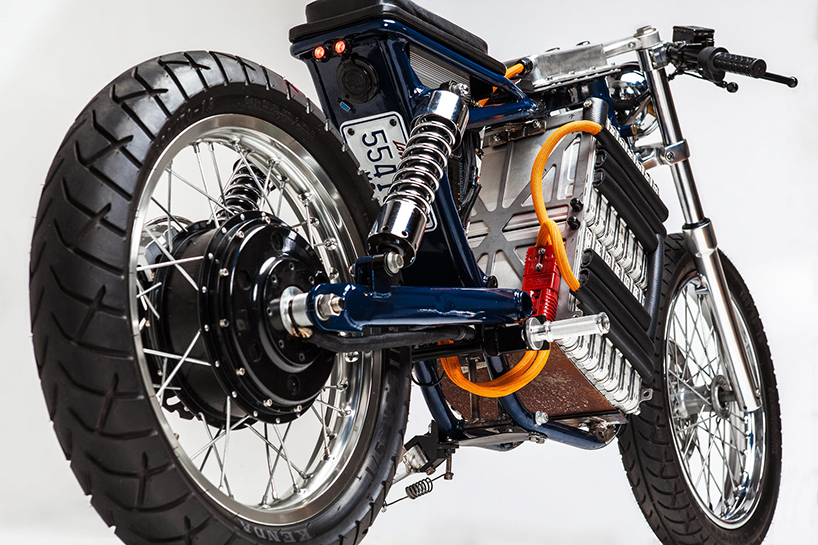 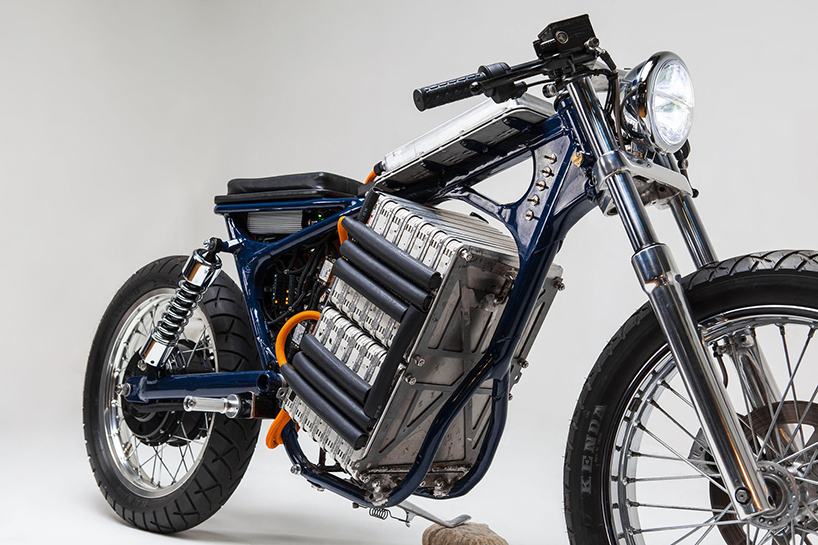 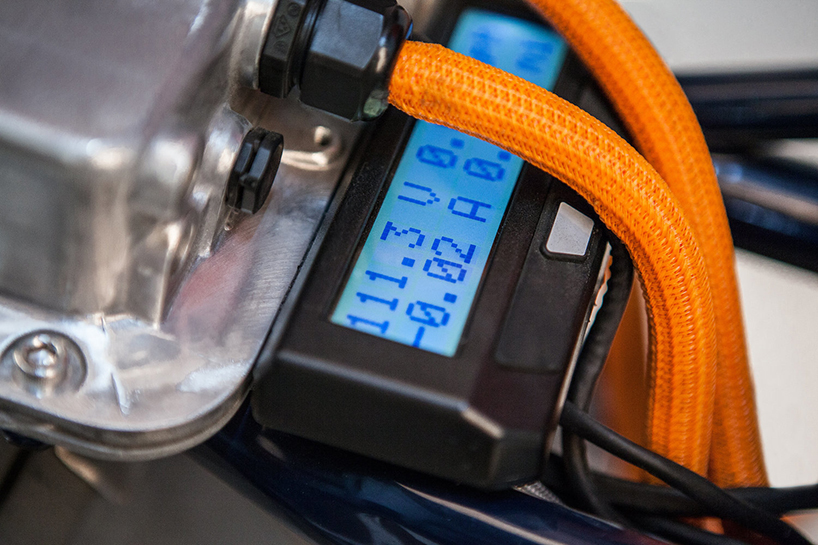 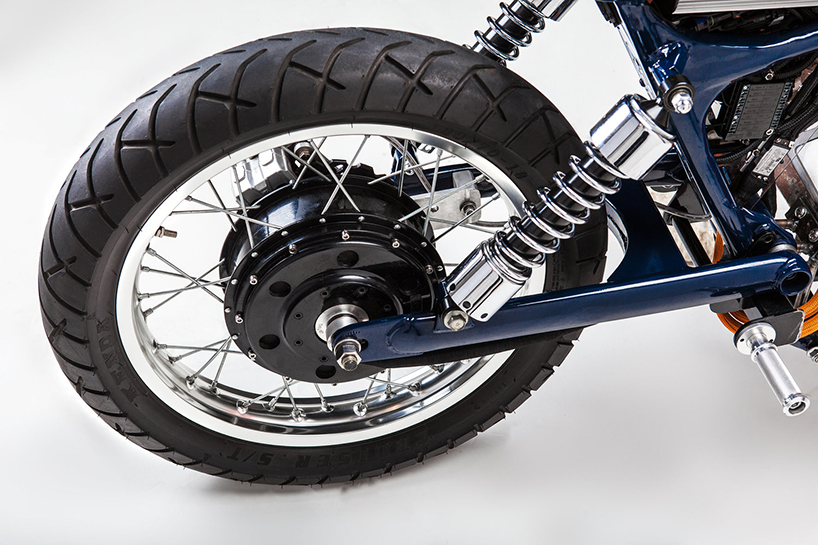