field – a london based studio – created an audio/visual installation for nike ‘free run’ called a ‘force of nature’. the experience is an interactive treadmill fit with custom sensors, that takes the runner through a passage of immersive visual effects that boosts the feelings of getting into the rush of running. ‘force of nature’ is a reflection of the running journey by applying different pattern and perspective forms that are influenced by the athlete to help him or her to run faster, stronger and farther. the setup involves microsoft’s kinect sensors that focus on gesture based motions and a custom intuitive treadmill to generate an active display effected by the runner’s movements. ‘force of nature’ was directed and designed by co-founder of field marcus wendt, who specializes in shareable digital artifacts through advanced technology and research led approaches. the project was developed for the april 2015 Nike innovation summit at truman brewery in england. 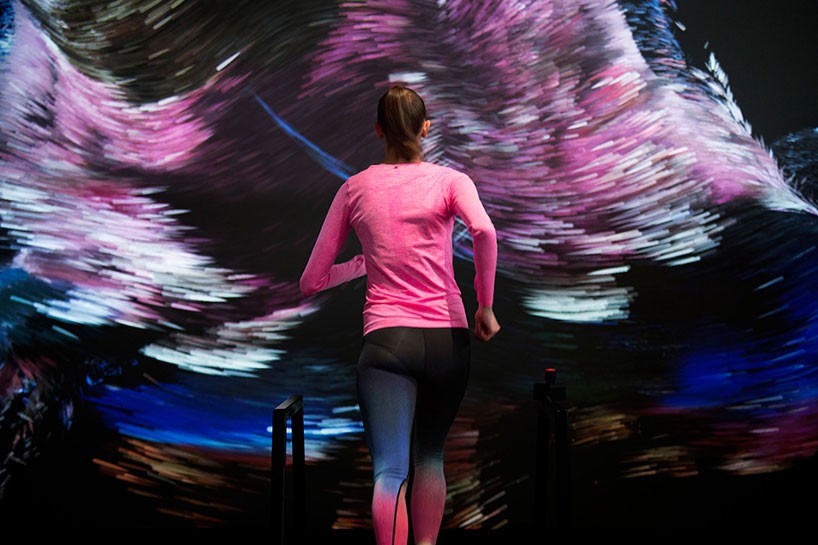 the visuals change depending on the runners colors, movement, tempo and speed 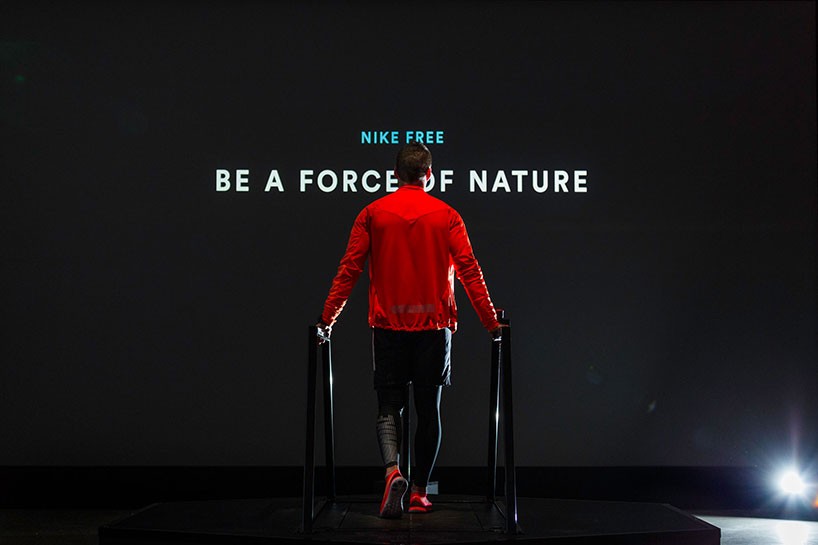 visual introduction of the experience 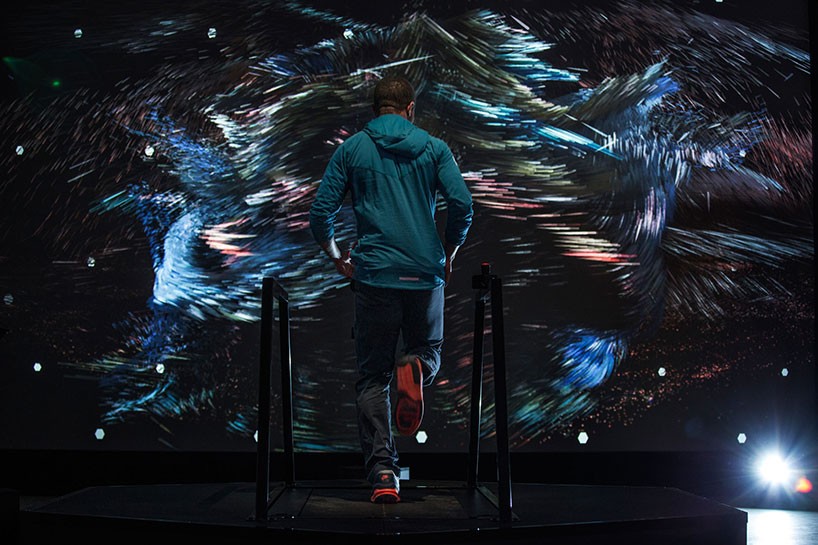 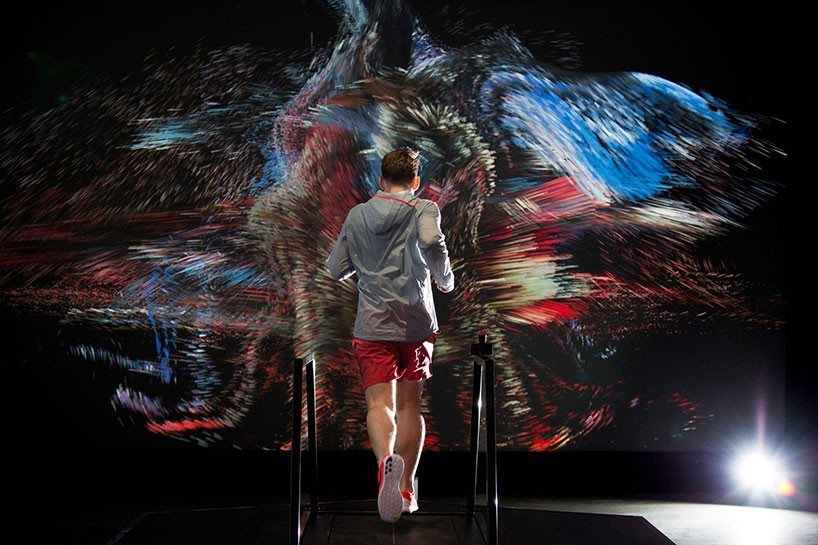