for the first time, nintendo has collaborated with german luxury car manufacturer mercedes-benz on the latest mario kart franchise for the Wii U video game console, to offer a variety of new features for players around the world. the newest update for the eighth installment of the driving series, which becomes available august 27th – 22 years after the launch the first game in the series, super mario kart in 1992 – allows users to download three different automotive classics from mercedes-benz: the 1937 W125 F1 silver arrows, the 300 SL roadster from the 1950s and the current mercedes-benz GLA sports utility vehicle in a convertible form. the update also coincides with the start of the ‘mercedes cup’, a worldwide online tournament in which mario kart 8 players can race each other for the ultimate glory. 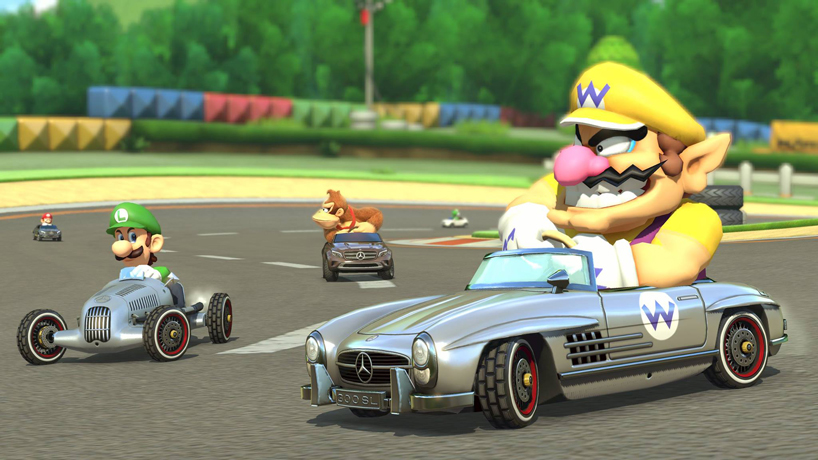 wario battles luigi and donkey kong in his 300 SL roadster 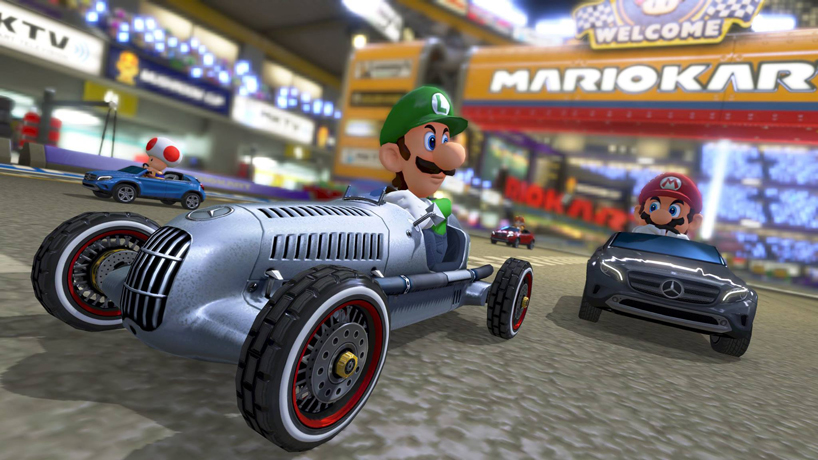 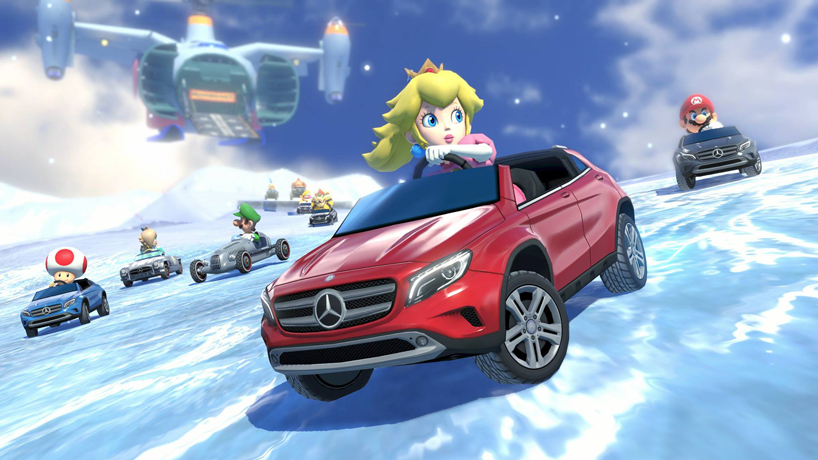 peach in the GLA convertible 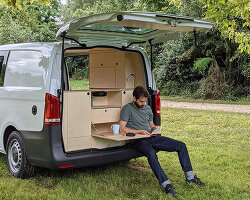