a new wii controller, launched alongside the new ‘wii u’ console, combines screen, touch input, and conventional buttons into a single device

nintendo‘s ‘wii u’ console was just announced at E3 2011, alongside a multi-input game controller for the device that doubles as its own screen for both gaming and navigation of websites or other media.

at 1.8 inches thick, 6.8 inches wide, and 10.5 inches long, the ‘wii u’ console is backwards compatible with all wii accessories and games, loading 12-centimeter high-density and wii optical discs. up to four wii remote controllers can interface with the device, which supports HDMI audio and video output, up through 1080p.

together the new products offer new ways of interacting with wii games. the system is designed to switch seamlessly between viewing on a an external screen and on the controller itself, and in fact a monitor is no longer necessary for wii devices to interact with one another. in addition, in a golf game, for example, the ‘wii u’ controller can be played on the floor to simulate the virtual golf ball and the ‘roughness’ of the grass or sand surface, while a wiimote is used as a club.

full view of the controller

rear view of the controller

the ‘wii u’ console 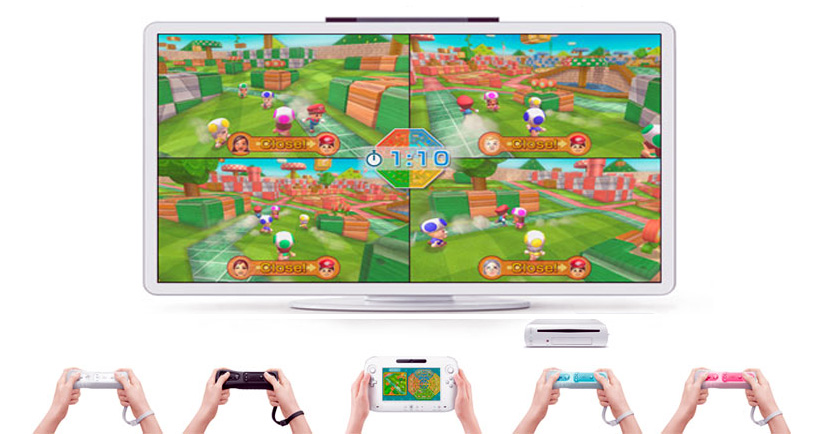 backwards compatibile with all other wii accessories, the console can integrate with up to four other controllers

video overview of device use