following up on the release of nismo smartwatch concept presented the 2013 frankfurt international motor show, japanese automaker nissan has unveiled ‘3E’, a set of augmented reality glasses designed to connect a driver to the car. due to make its first public appearance at the 2013 tokyo motor show next week, the wearable device can connect to the internet, allowing users to overlay real-time vehicle telemetry on the small heads-up display (HUD), record projected images, and communicate with others by sending information to their AR headset. although nissan hasn’t released more details on the concept, it’s suspected that it will feature a low energy bluetooth connection, and will pair to the car using a smartphone app like the nismo smart watch. 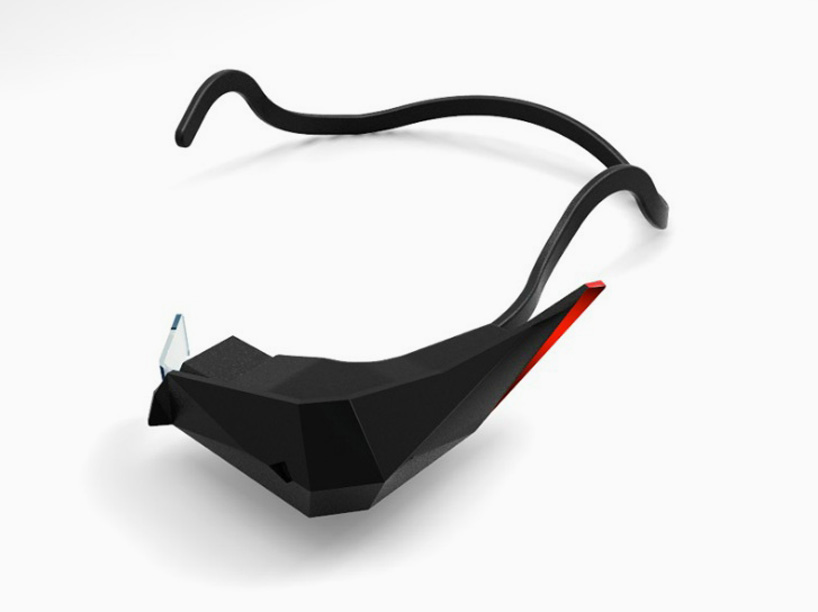