debuted at the detroit auto show 2012 as a near-future production concept, the e-nv200 by nissan is an all-electric version of the company’s nv200 multiuse minivan. the car is designed to support a driving range similar to nissan’s electric ‘leaf’, featuring a similar zero-emission drivetrain composed of a 48-module lithium-ion battery and 80kW synchronous motor, engineered to deliver 100% of its torque immediately for instant response.

the 4-door vehicle’s exterior includes large glass roof panels. its charging port is located behind a small panel on the vehicle’s hood. inside, the dashboard features a flat central touch display and LCD instrument panel. the car seats five, and the three rear seats can be folded towards the front of the vehicle to increase cargo space. 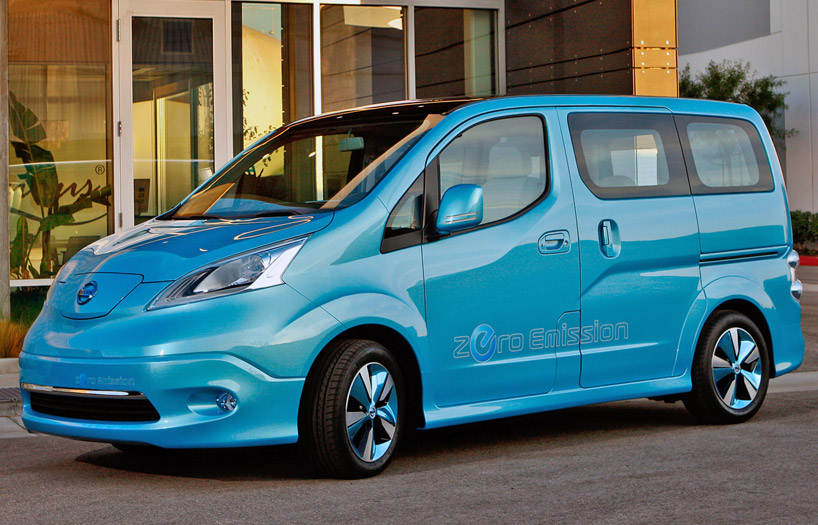 front and side view

prototype electric vans similar to the e-NV200 are currently in beta testing in london, in conjunction with fedex. the vehicle is designed for versatile family use as well as potentially in the commercial sector. the combustion-engine nv200, off of which the van’s design is based, is to be the official taxi of new york city beginning in 2013 through the ‘taxi of tomorrow‘ project. 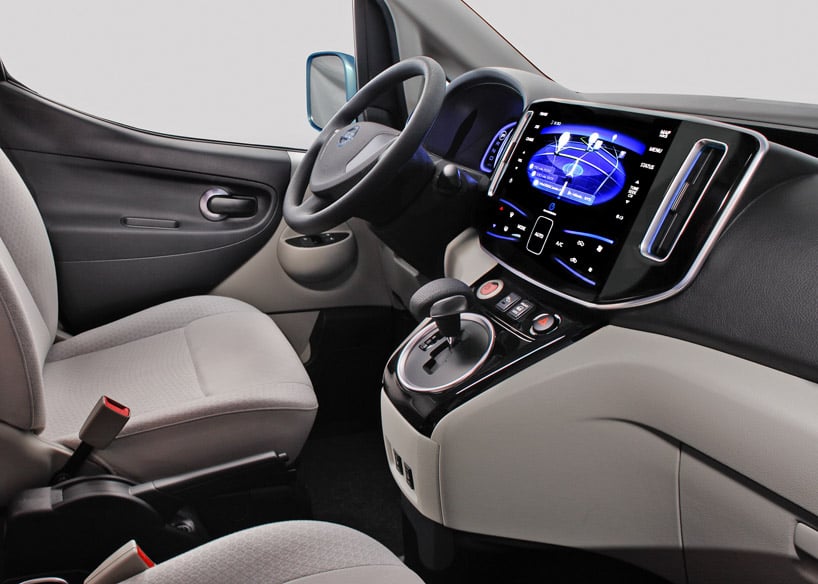 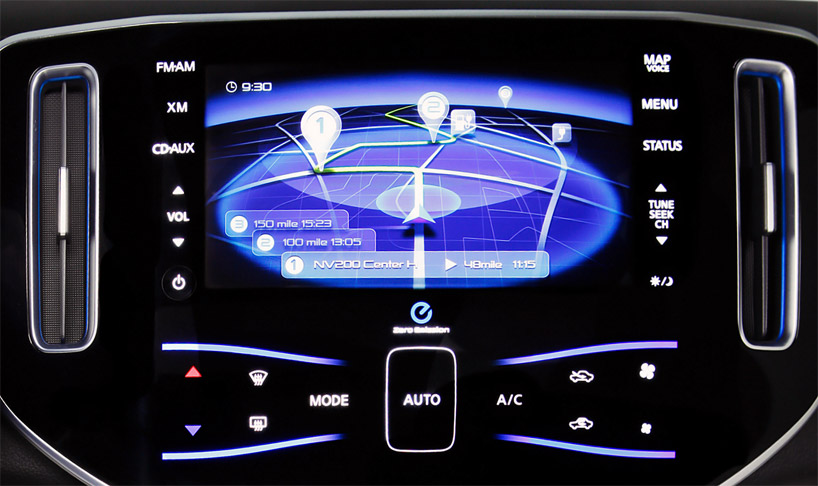 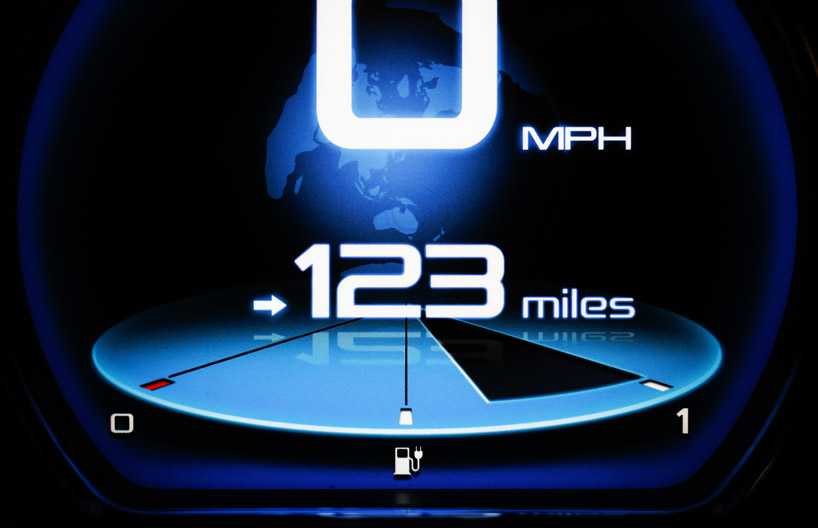 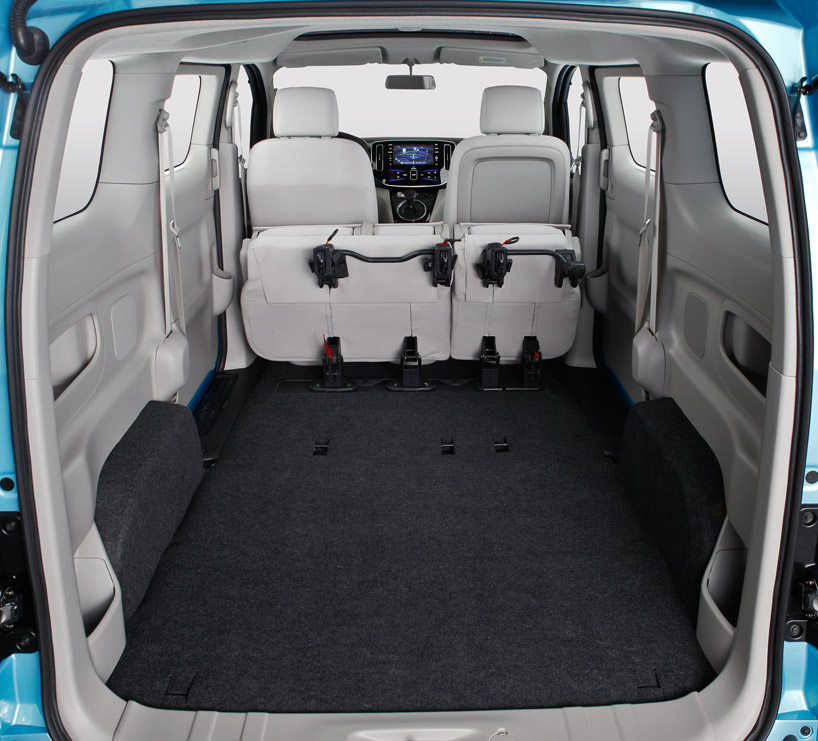 view of vehicle interior looking in from rear, with seats folded 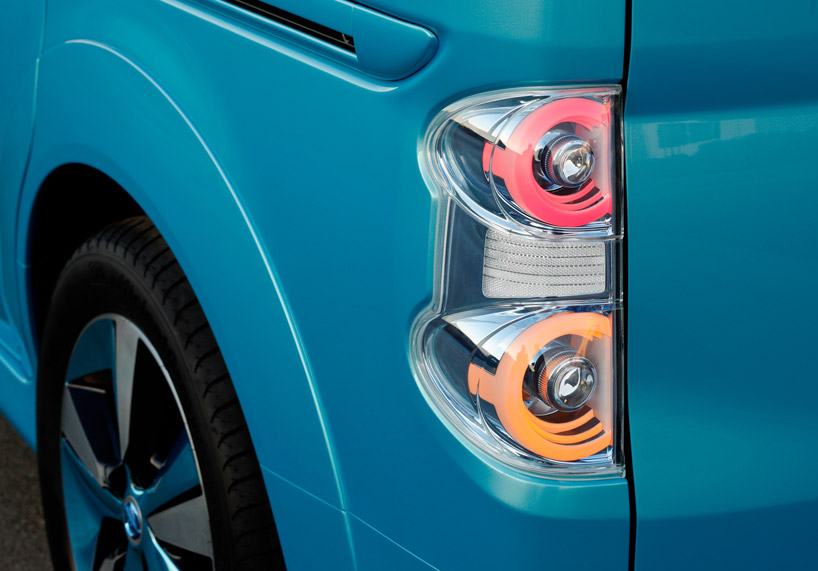