the ‘esflow’ concept sports car by nissan adapts to a fast-riding, low profile vehicle the same technology that the company developed for its near-zero-emission ‘leaf‘, previously covered by designboom in our 2009 article ‘nissan leaf ev‘.

engineered from the outset as an electric vehicle, the body of ‘esflow’ was designed with a mind towards the optimal placement of necessary technological components. each of two electric motors drives its own real wheel, to optimize vehicle stability and power generation. its lithium-ion battery backs are located along the axis of the front and rear wheels, to align the center of mass roughly with the driver’s hips. the car’s roll bars are incorporated directly into its structure, behind the seats, which themselves are built into the rear bulkhead. 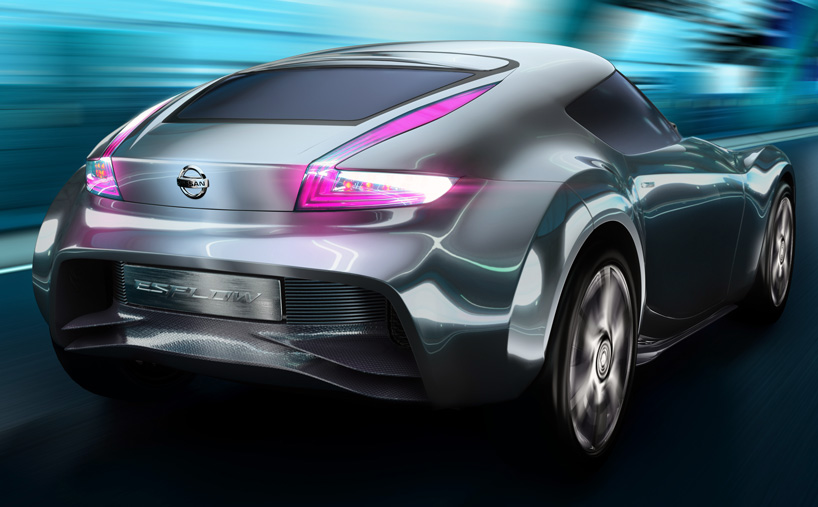 a composite body with blue carbon detailing envelops an aluminum chassis. blue LEDs run along the front headlights, which flip out to reveal built-in charging points. featuring a wraparound windscreen and free of side mirrors, the car employs rear view cameras in conjunction with interior video displays. 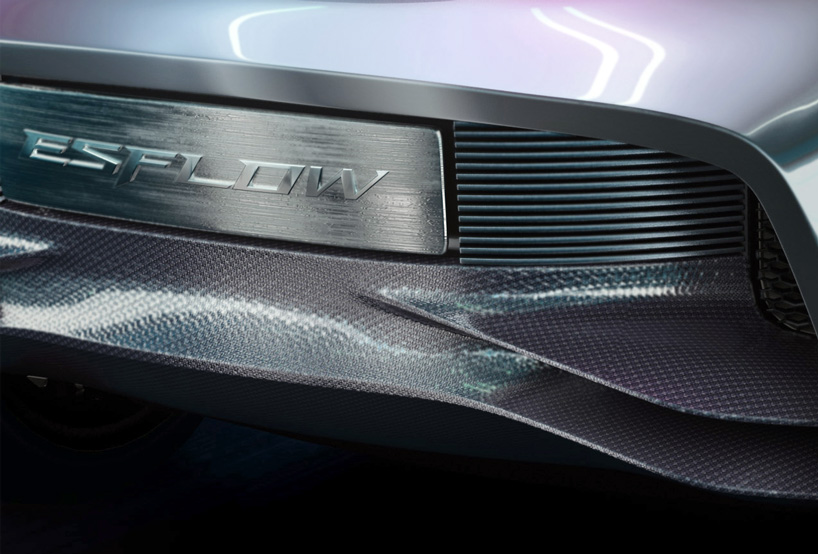 designed to increase from 0-60mph in under five seconds and to travel 150 miles on a single charge, the ‘esflow’ concept will be publicly presented by nissan at the geneva motor show 2011 from march 3-13th.