nissan creates GT-R drone with experts to race their supercar

nissan has unveiled the ‘GT-R drone’ – one of the fastest accelerating first person view racing drones in the world. built to be able to keep up with its 2017 ‘GT-R’ while filming on the track, it features the latest in drone technology and design. 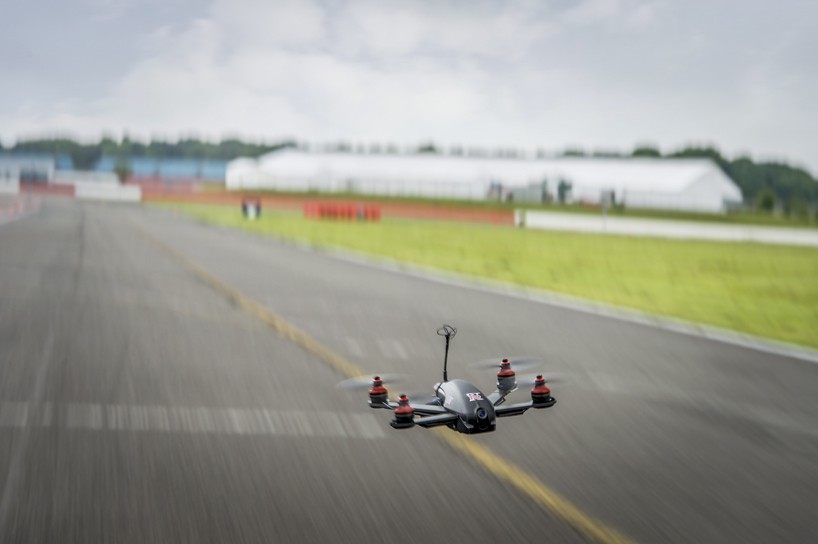 custom designed by world drone prix champions, tornado xblades racing, the ‘GT-R drone’ uses a special race tuned configuration and low-drag canopy to reach 100 kph from a standstill in just 1.3 seconds. to show off the talents of both machines, the ‘GT-R drone’ took on the road-going supercar around the challenging silverstone circuit.

both machines use innovative technology and engineering to extract the maximum performance, both in a straight line and through corners. the ‘GT-R’ car transfers power from its twin-turbocharged 3.8-litre 24-valve V6 to all four wheels: the ‘GT-R drone’ delivers rapid acceleration via four propellers mated with 2000kV xnova motors and race specification sky-hero quadcopter frame. 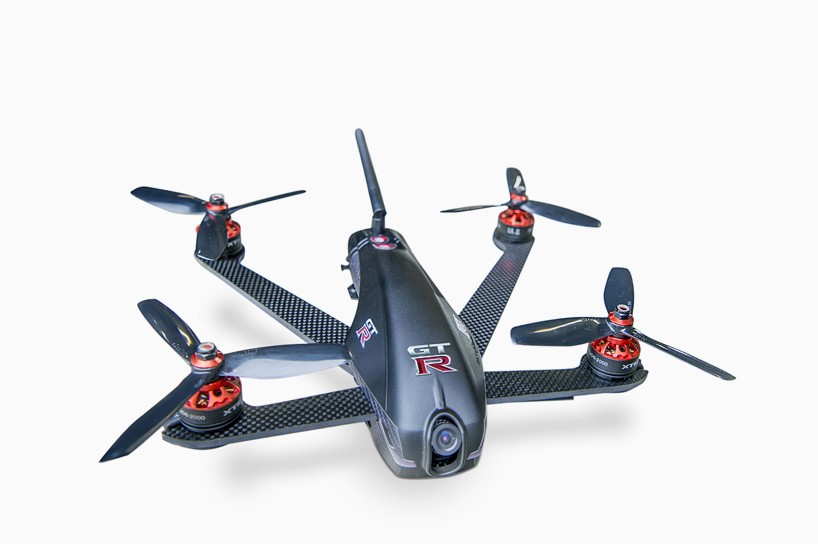 each propeller is individually paired with a high performance motor 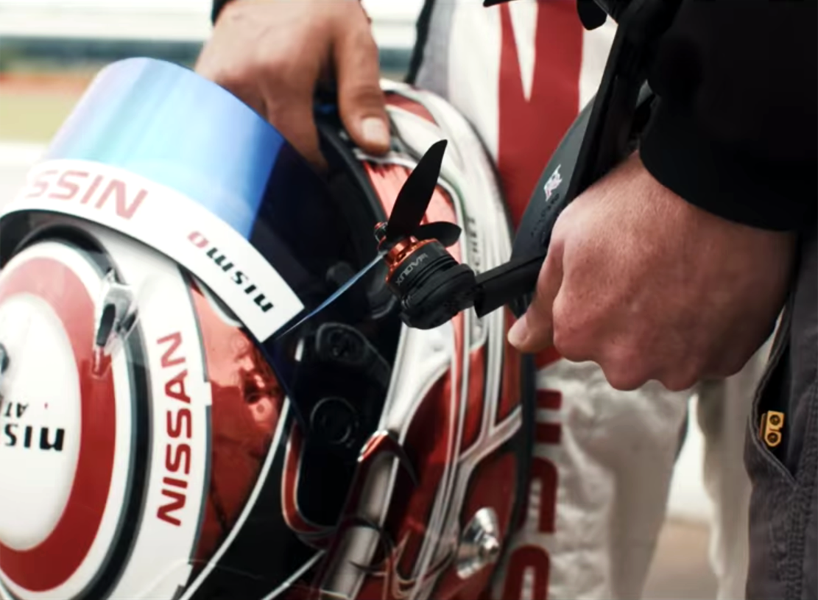 the automotive manufacturers pitted their technologies against one another

the new 2017 ‘GT-R’ represents the most significant changes to the car since the R35 model was first introduced in 2007. unlike the drone, the automobile features aerodynamic features which are designed to keep it firmly on the ground. while the drone can out accelerate the car, wheels soon catch up with rotors: the ‘GT-R drone’ has a top speed of approximately 185 km/h, versus 315 km/h for the car. 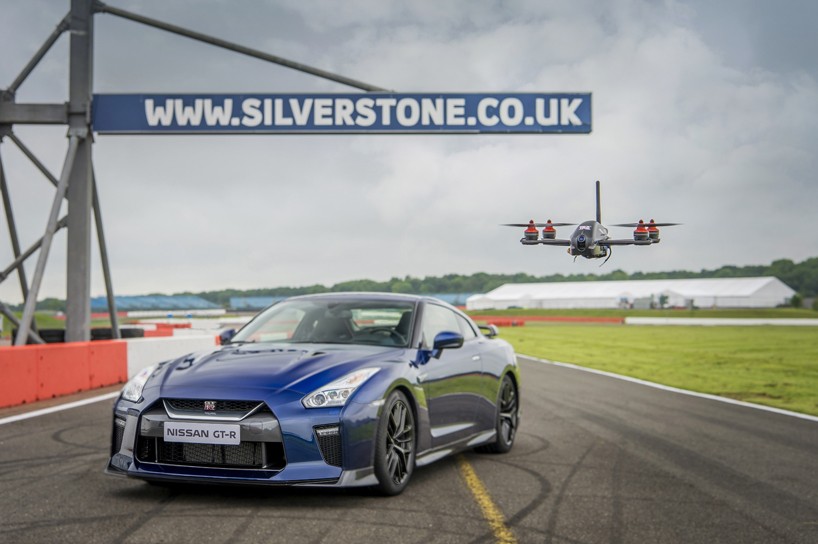 even the four-wheel-drive system of the ‘GT-R’ can’t match the ultimate agilty of the drone though, which is has a turning circle of just 0.3 meters. its custom setup allows it to perform heart-stopping manoeuvres with precision and agility.