it is the return of the bluebird, well, its modern twin really. the nissan newbird, as its been dubbed, celebrates 35 years of the sunderland production plant in the UK. it is a one-off conversion of the first car off the factory’s production line in 1986, now running on the electric powertrain of a leaf EV. 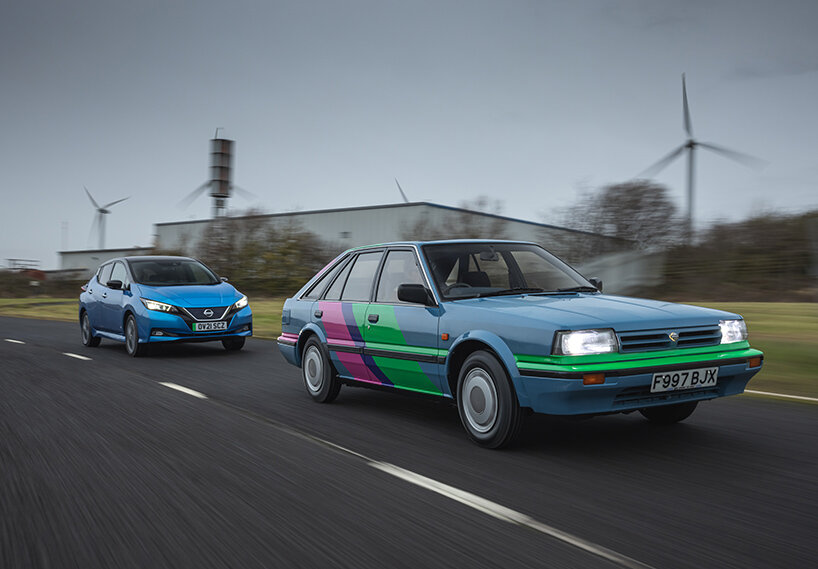 all images courtesy of nissan UK

the nissan newbird connects 35 years of manufacturing heritage at the plant. it also highlights the brand’s acceleration towards an electrified future. with the management of specialists kinghorn electric vehicles, who are based 15 miles from sunderland, the conversion car was modified extensively to successfully integrate the electric drivetrain. away went the petrol combustion engine and gearbox in favor of the  leaf motor, inverter and 40 kWh battery pack. custom suspension was installed to support the additional weight of batteries.

‘the ‘newbird’ represents all that is great about our plant – past present and future – as we celebrate 35 years of manufacturing in sunderland. we have a rich heritage of building great cars, right from the original bluebird model, and our fantastic team is now leading the way as we drive towards an exciting electrified, carbon neutral, future,‘ says alan johnson, vice president, manufacturing, at nissan sunderland plant. 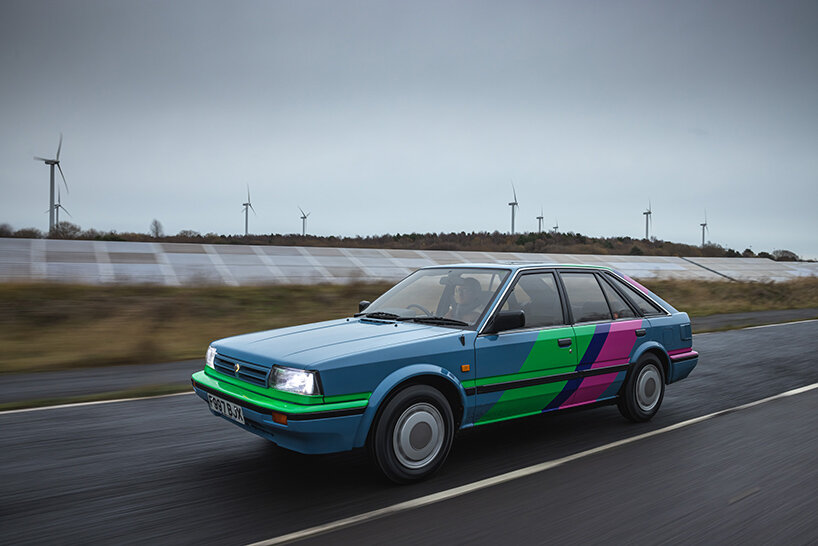 using the original fuel flap, the newbird can be recharged at the very slow speed of up to 6.6 kW via the modified fuel cap. the fuel gauge on the original drive instrument panel has been connected to show the battery’s state of charge. the conversion delivers an estimated range of around 130 miles, depending on temperature and driving use. its acceleration matches that of its charging, creeping from 0 to 62 mph (100 km/h) in just under 15 seconds. 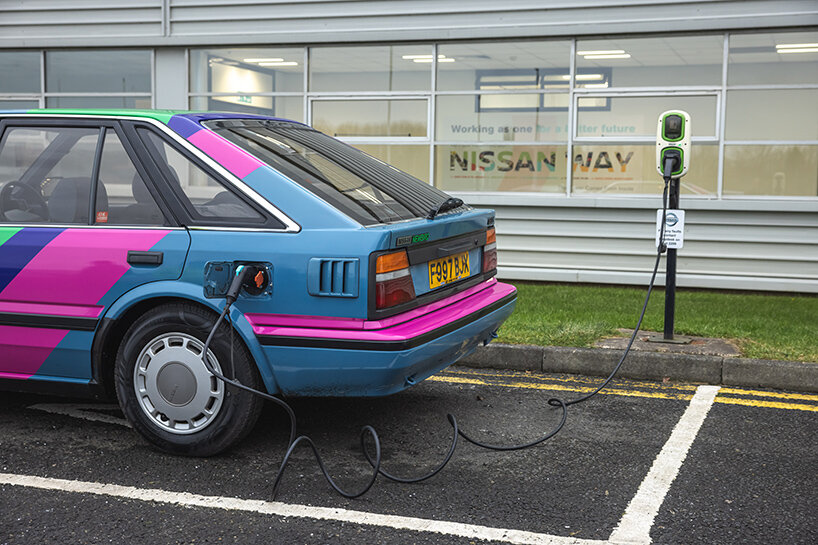 the exterior of the car is mainly left to its original 1980s styling. nissan design europe, however, has added a new graphic motif to distinguish the newbird from the blue flock. a luminous tricolor of green, navy and pink adorn the flanks and overflow on the front and rear panelling too. the pattern is said to be inspired by design cues of that decade’s consumer technology. 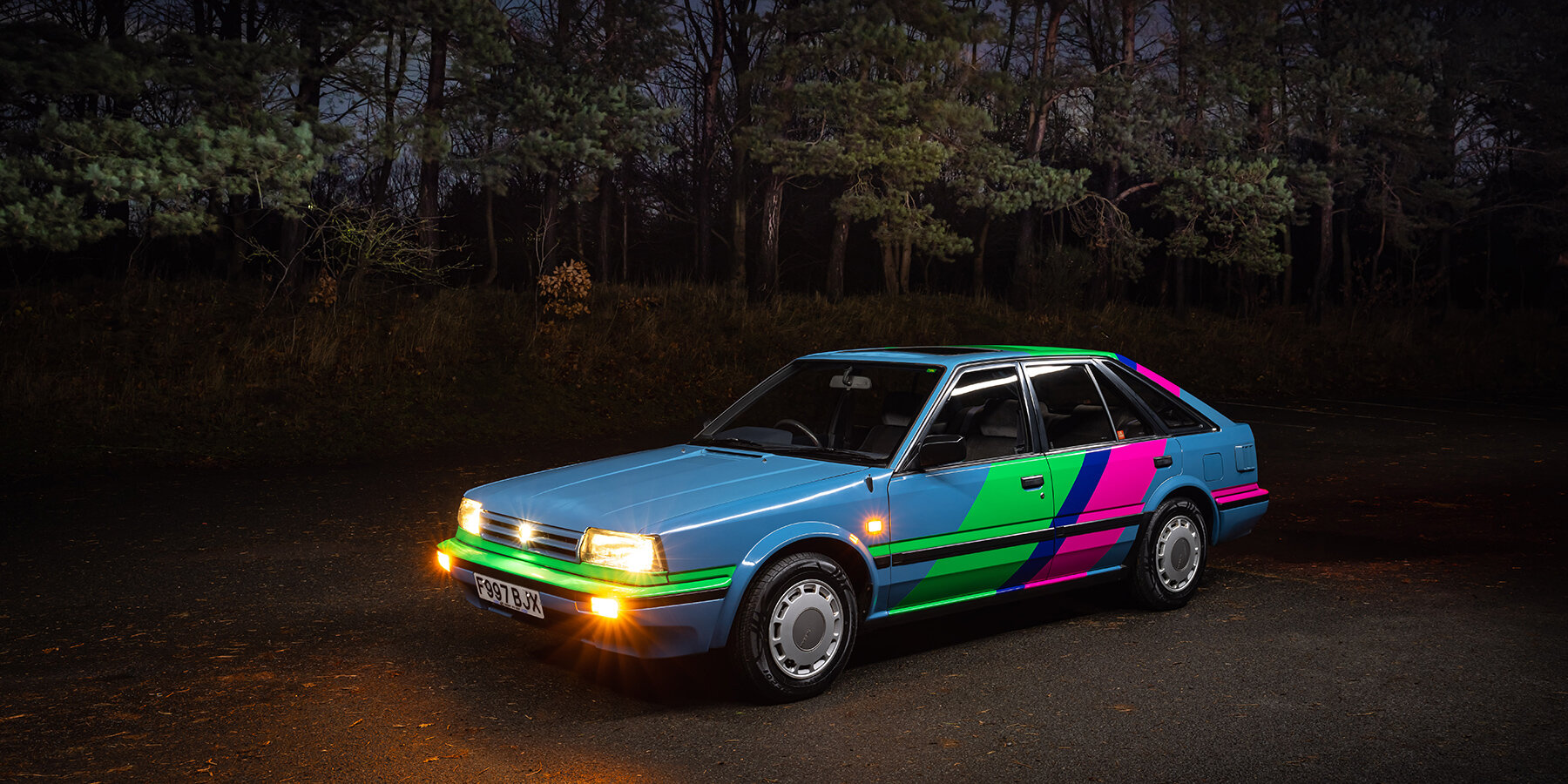 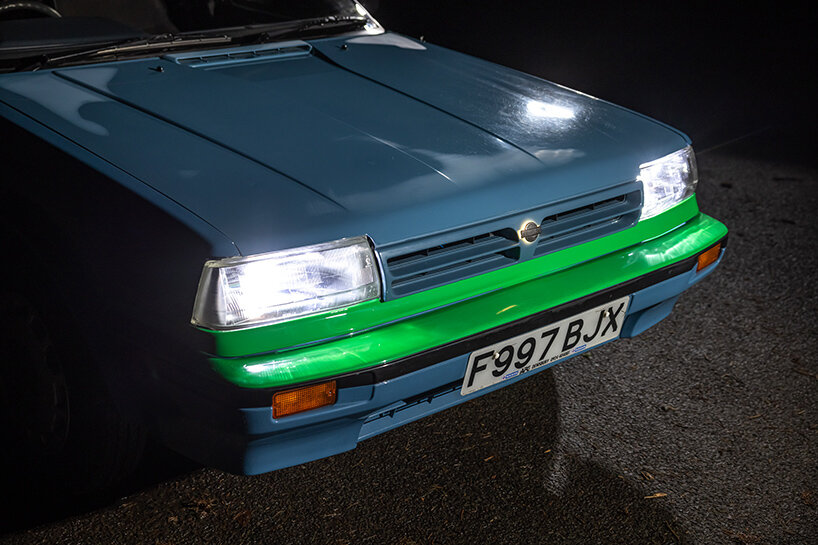 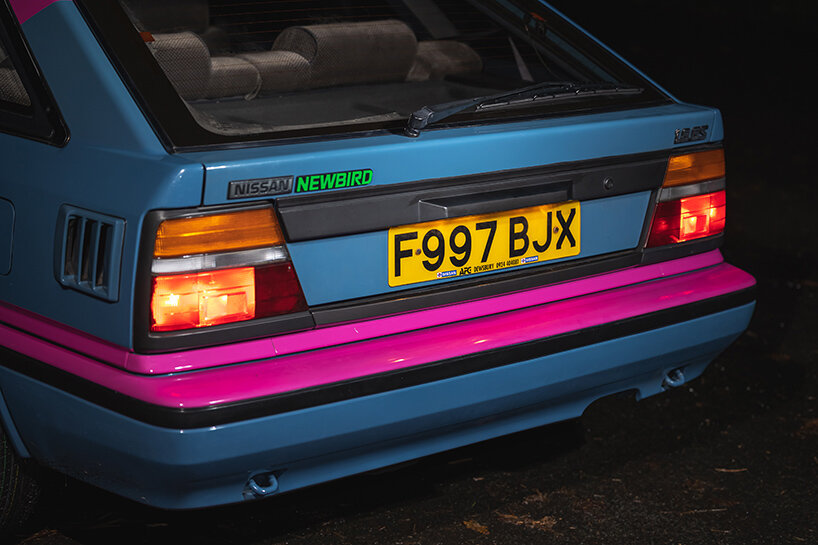 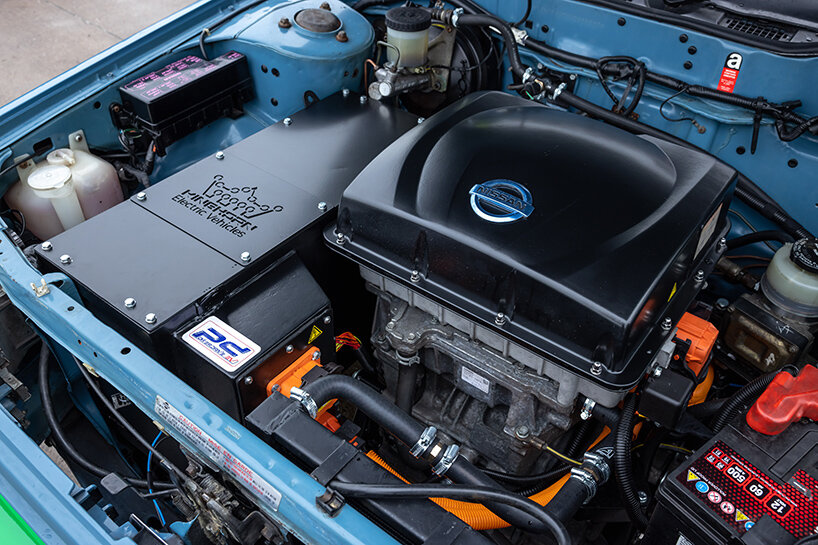 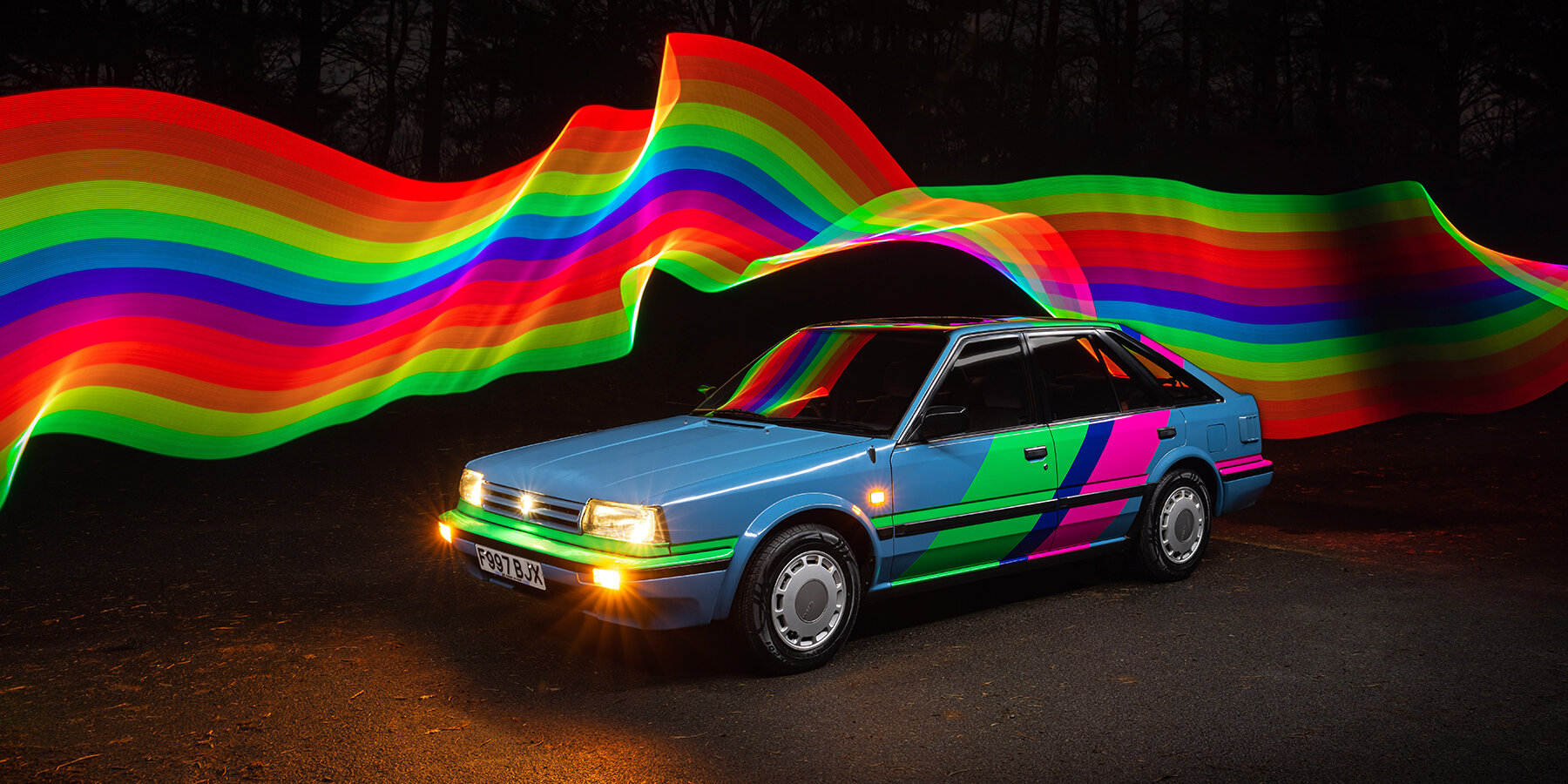