nokia has officially announced its ‘lumia 800‘ windows smartphone. with a 3.7-inch AMOLED curved capacitive touchscreen, the device is designed for one-click access to common social networks and contacts.

the device includes 25 GB of ‘skydrive’ cloud storage, on top of 16 GB of internal memory, driven by a single-core snapdragon processor. microsoft office documents are handled natively, with internet explorer 9 mobile with HTML 5 support for web browsing. mango’s ’tiles’ navigation showcases common applications and information (for example, the number of new messages in e-mail or SMS) all on a single screen.

released among five other new devices at nokia world 2011, the ‘nokia lumia 800’ is expected to retail for 420 euro (approximately 585 USD). the device is produced in black, cyan, and magenta, scheduled for release in the UK in late 2011 and in the united states in 2012. 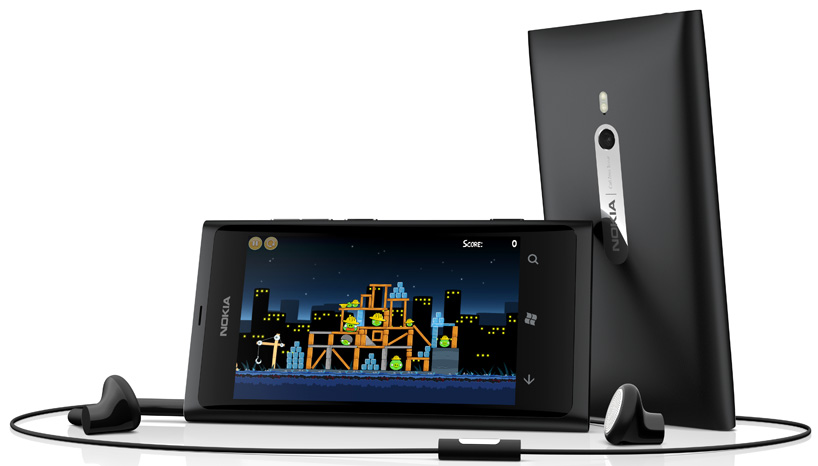 front and back view of the device 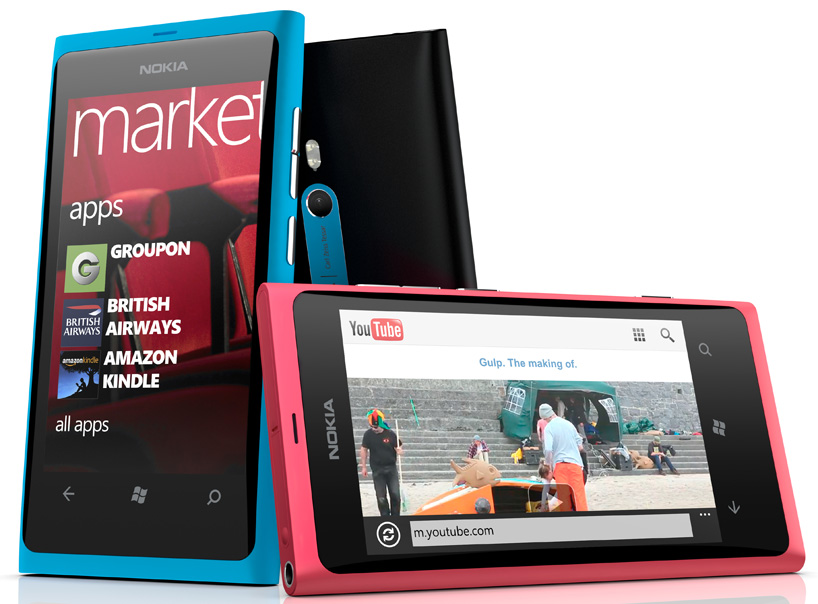 the ‘lumia 800’ is produced in black, magenta, and cyan