norwegian company wind catching systems (WCS) debuts its colossal green power technology with its array of floating ‘windcatchers.’ rising 1,000 feet, these enormous windcatcher grids are integrated with multiple smaller turbines arranged over a floating platform. designing the floating turbines, the company looks the existing infrastructure of the oil and gas industry, mooring its structures to the ocean floor. the team claims that its innovation in renewable energy can generate five times the annual energy of the world’s biggest single turbines and could be used to power as many as 80,000 homes. if scaled, the windcatchers could reduce the costs of wind energy to be competitive with traditional grid-supplied electricity. 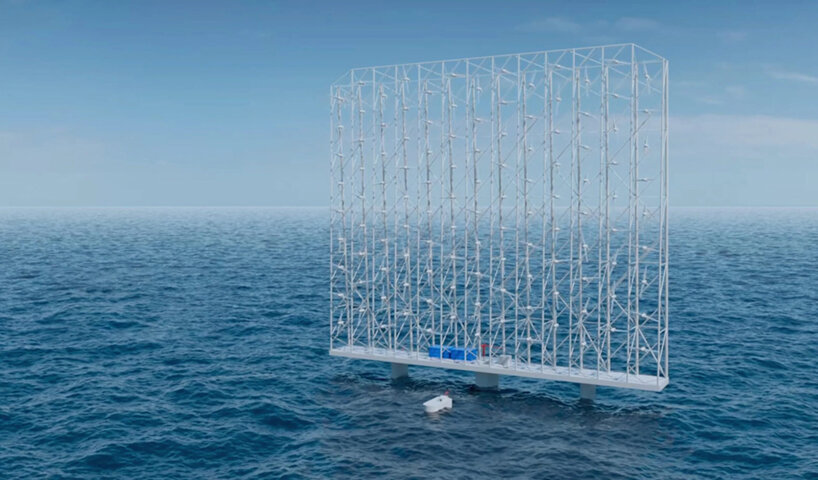 five floating ‘windcatcher’ units can produce the same amount of electricity as 25 conventional turbines. norway’s wind catching systems (WCS) claims that with double the swept area of the world’s biggest conventional 15 MW wind turbine, one windcatching unit will generate five times the annual energy production. meanwhile, its smaller rotors can better perform with wind speeds over 25 to 27 mph, where larger turbines tend to pitch their blades — limiting production to protect themselves from damage.

with its array of small turbines, the colossal floating ‘windcatcher’ eliminates the need for a massive single component. this mean that the turbines will be easier to manufacture, install, and maintain. once the large floating platform is deployed, the installation and maintenance work can largely be conducted on site without the need for specialist cranes or vessels. wind catching systems (WCS) claims that a windcatcher will see a 50-year service life, unlike the 30-year lifetime of a conventional wind turbine. 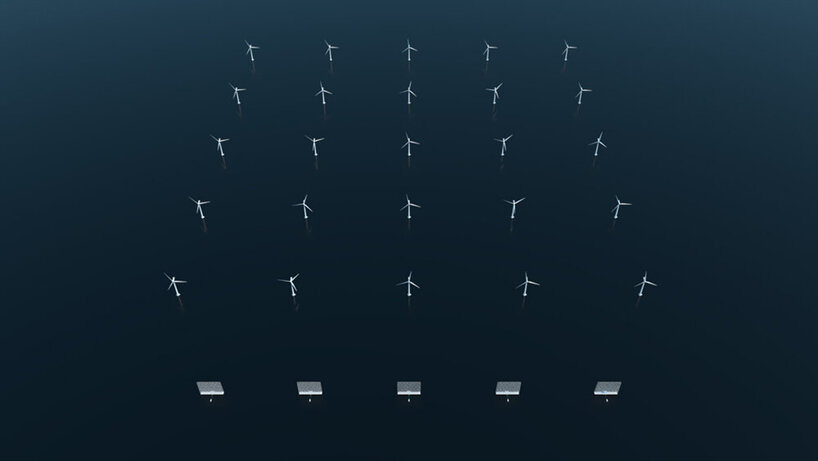 according to WCS, its floating windcatchers are ready to begin delivering offshore wind power at grid parity, matching or beating the price of grid power. WCS is financially backed from investment companies like north energy and ferd and has developed the technology in conjunction with offshore wind supplier aibel and the IFE institute for energy technology. no further information on the exciting development has yet been released or when a working prototype or test rig will be unveiled. 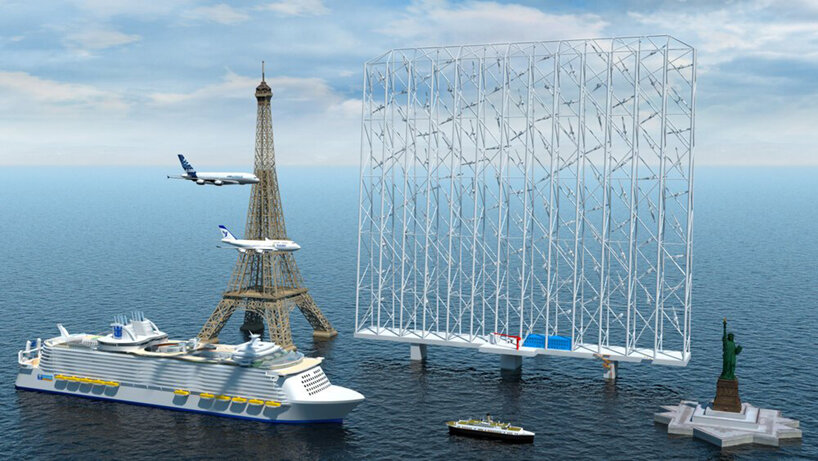