the ‘noteslate’ concept is a minimalist take on the tablet, designed as electronic paper

with a minimalist aesthetic and simple interface, ‘noteslate‘ is designed as an electronic alternative to paper. the limited-function tablet is currently in the concept stage, although its designers claim a projected release date of june 2011, with models planned to retail at . 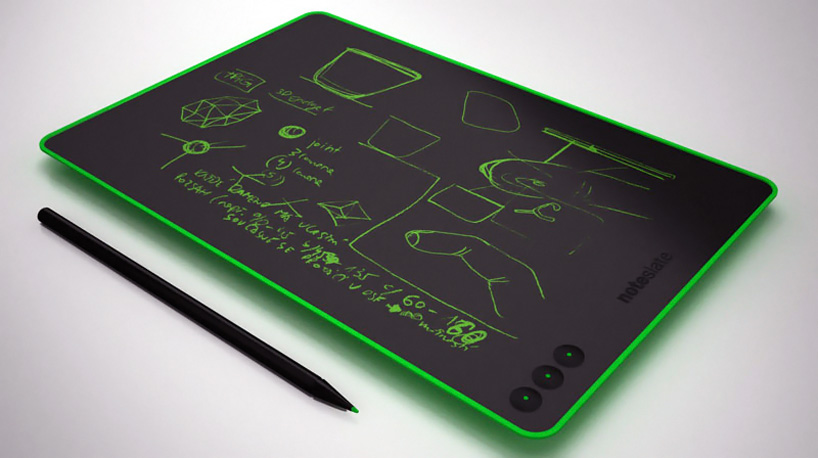 the 1-bit colour models feature green, red, or blue on a black screen

with a 13-inch matte screen, ‘noteslate’ is the size of an A4 sheet of paper, and reads and write files as ‘.pdf’. all models except one are 1-bit colour, offering the choice of black on a white screen, or white, red, blue, or green on a black screen; the additional version features all four colours on black.

the user interface consists of three buttons: ‘save current screen’, ‘delete current screen’, and ‘view previous screen’. basic hardware input (USB, headphones, and SD card) are located at the top of the device, along with a magnetic holder for the electronic pen with eraser. 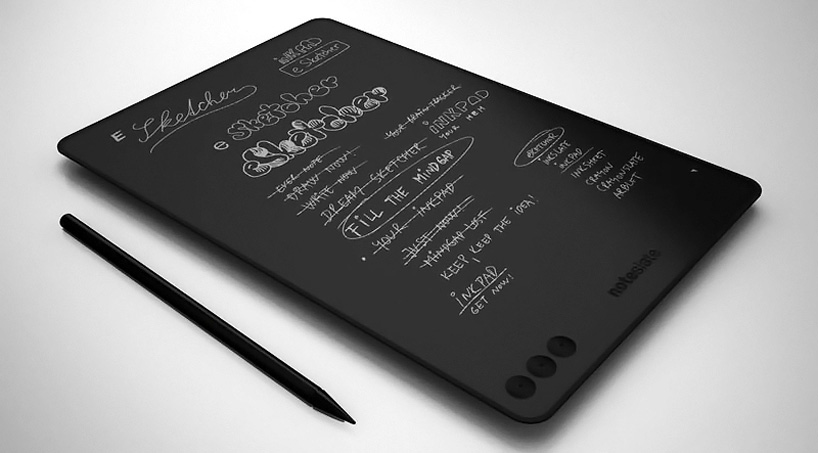 the blackboard-like white on black model

streamlined for simplicity, the only additional features of ‘noteslate’ are optional wifi (without browsing capabilities) and mp3 playback. its low-tech nature allows a single battery charge to provide 180 hours of use.