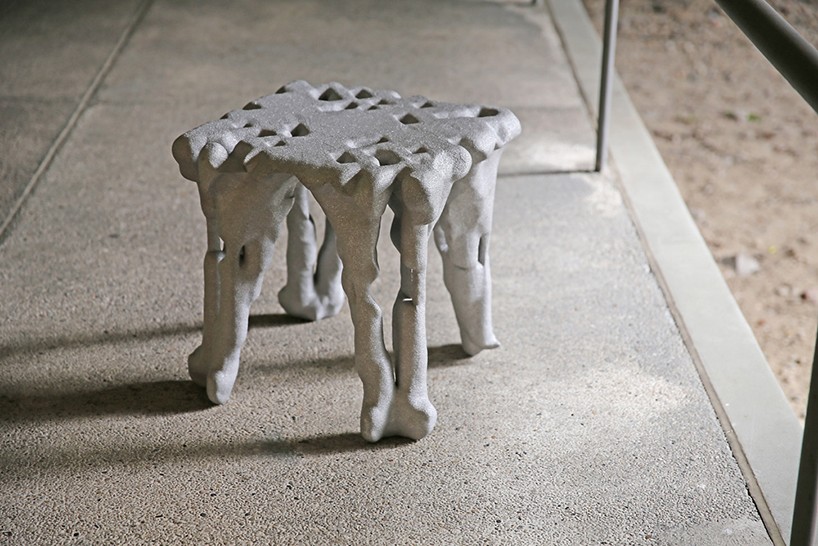 the ‘T1000’ stool is a result of NOWlab’s on-going research, with a scope on emerging computational design methods, under the utilization of novel cutting edge manufacturing technology. for the realization of the project’s founding partners jörg petri and daniel büning created a new hybrid process chain consisting out of digital generative form-finding, large-format additive manufacturing and traditional foundry work. 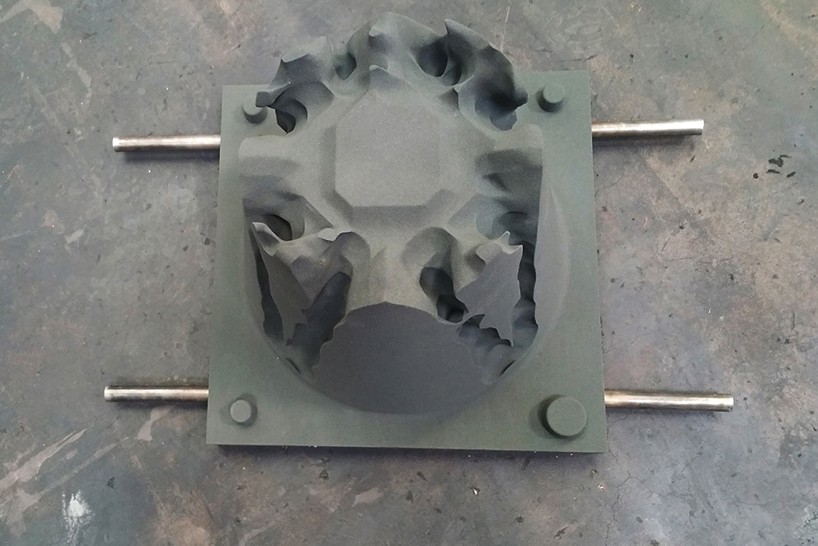 the name ‘T1000’ is a reference to james cameron’s corresponding fictional shapeshifting android, that was composed entirely out of a mimetic metal alloy referred to as ‘mimetic polyalloy’, rendering it capable of rapid shapeshifting and near-perfect mimicry. deeply influenced by the ability of the ‘T1000’ to quickly liquefy and assume forms in innovative and surprising manner, NOWlab was transferring this key behavior as a model of meaning for their latest project.

the stool is the materialization of a complex biomorphic form, which was derived by a generative computational form-finding procedure. in this digital structural simulation process the fittest shape for a given load case is generated in an iterative algorithmic manner. the algorithm thereby distributes material in a virtual design space, based on structural boundary conditions of forces and support and creates an optimal shape that is characterized by minimal material usage and maximal rigidity. comparable to natural structures -such as trees- material is allocated in areas where it is structurally necessary. the results are organic shapes that share not only visual similarities with natural archetypes, but they also have a comparable performance criteria in terms of a material to stiffness ratio. 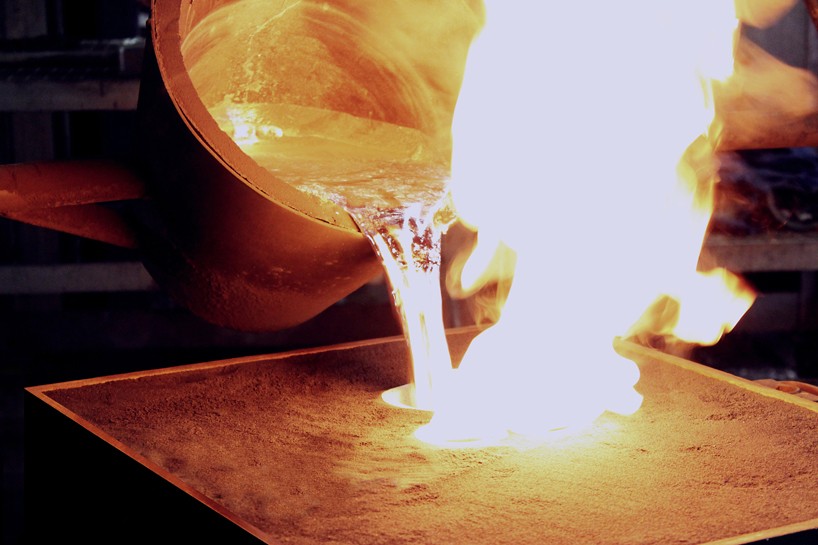 hot liquid aluminum is poured into the 3D printed cast

until recently the above described algorithmic shapes were unfeasible to realize with existing manufacturing technologies such as CNC-milling, due to their complex geometry that includes undercuts and inclusions. in this case study NOWlab was not only investigating the potentials of 3D printing as a direct manufacturing method but also its emerging potentials for complex three-dimensional mold-making. the mold for the ‘T1000’ was produced in cooperation with voxeljet using their ‘VX 4000’ machine that can boast of being one of the biggest 3D-printers on the market currently. with its build chamber in dimensions of 4000mm x 2000mm x 1000mm, the ‘VX 4000’ opens the gateway to a new dimension of 3D printing and 3D manufacturing. 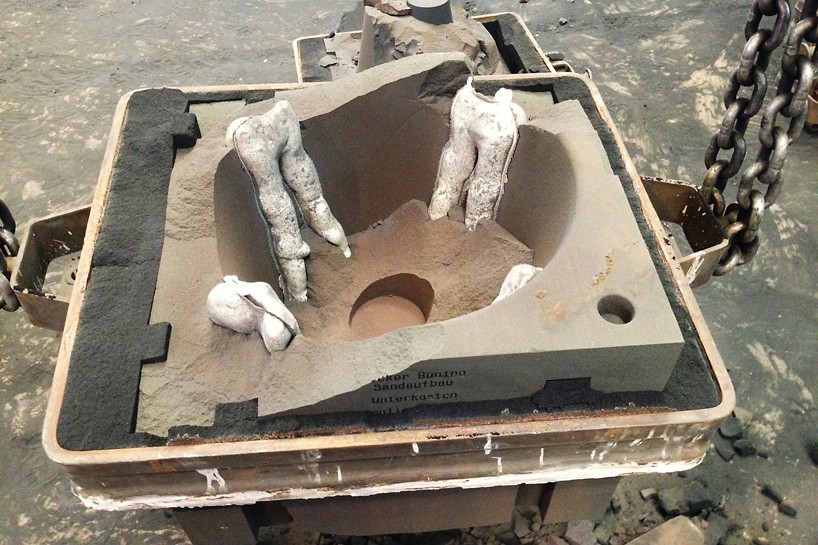 after the exposing process, parts of the stool are getting visible within the mold

in collaboration with the metal foundry blöcher the ‘T1000’ was cast as a solid aluminum piece using the centuries old traditional manufacturing methodology. after the liquid aluminum has hardened the final object was removed from the cast in exposing manner. the result is a fully functioning furniture piece that can be used as a stool or simply as a sculptural object, ready for in- or outdoor usage. 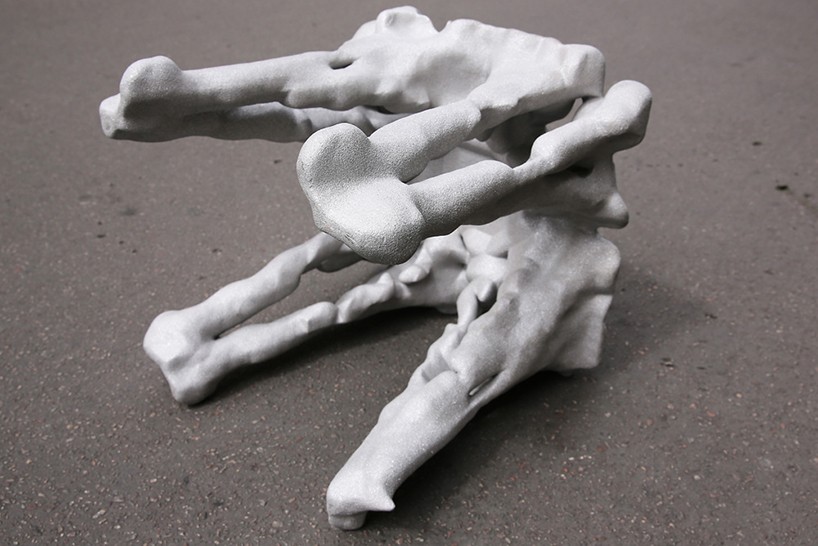 the ‘T1000’ directly benefits from the newly established digital process chain consisting of algorithmic structural form-finding, 3D printing and traditional craftsmanship. NOWlab’s vision and main focus is to alter the way how things are made in a contemporary manner, without negating previous methodologies of craftsmanship or industrial manufacturing. the project therefore, was an intensive investigation on digital algorithmic design procedures in combination with large-format 3D printing technology to generate a previously unseen digitally informed furniture piece. this underlines NOWlab`s unique philosophy to fuse cutting edge technology with a traditional modus operandi to establish a novel aesthetic outcome rather than a branded style. 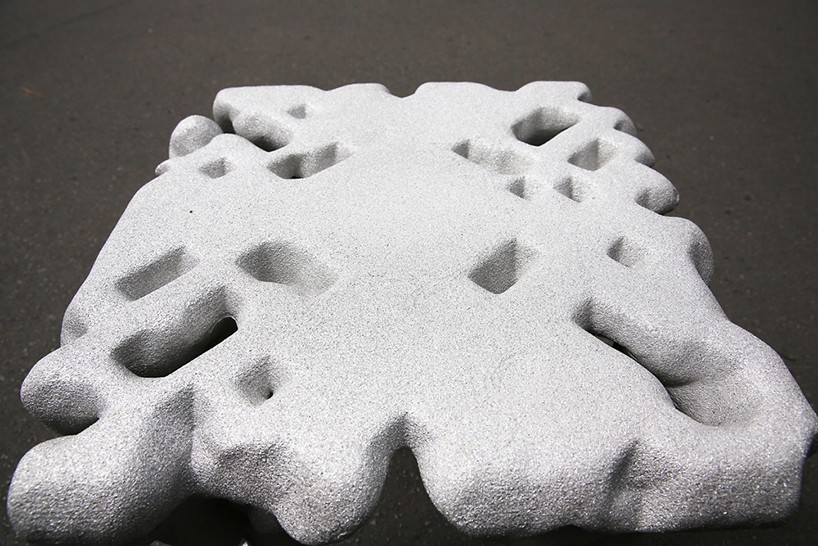 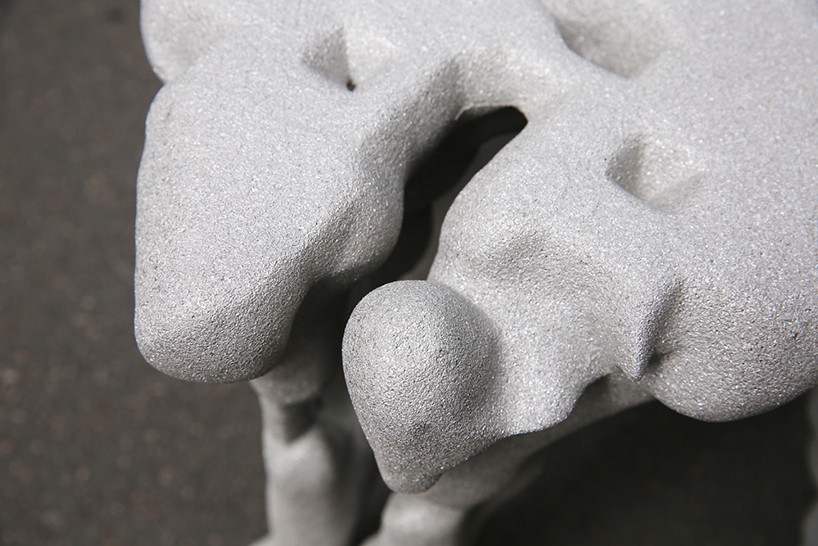 Jun 22, 2018
the world's first 'smart concrete wall' is activated by the touch of a hand 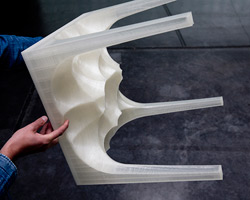