the ‘NOX’ experimental quadcopter concept is designed to reach new heights at first-person view racing simulator events. slovakian designers, samuel nicz and slavomir ozanik, have created several vehicle and industrial design concepts in the past. both based in bratislava, the pair have completely redesigned the conventional drone enhancing both stability and turning capability. 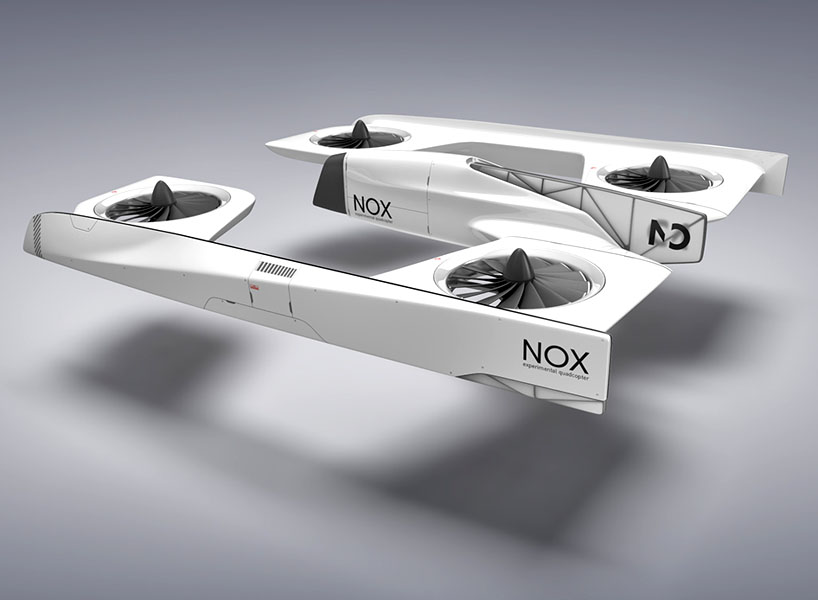 the ‘NOX‘ concept quadcopter’s cabin features an autonomous stabilization system that can respond to flight modes; eg. taking off, flight angle, and landing. nicz + ozanik have decided to build the two rotors together on the same wing, and connected them to the body on just one rotational pivot. they have also investigated the idea to create an independent left / right wing, which may hold faster and more effective turning capabilities. 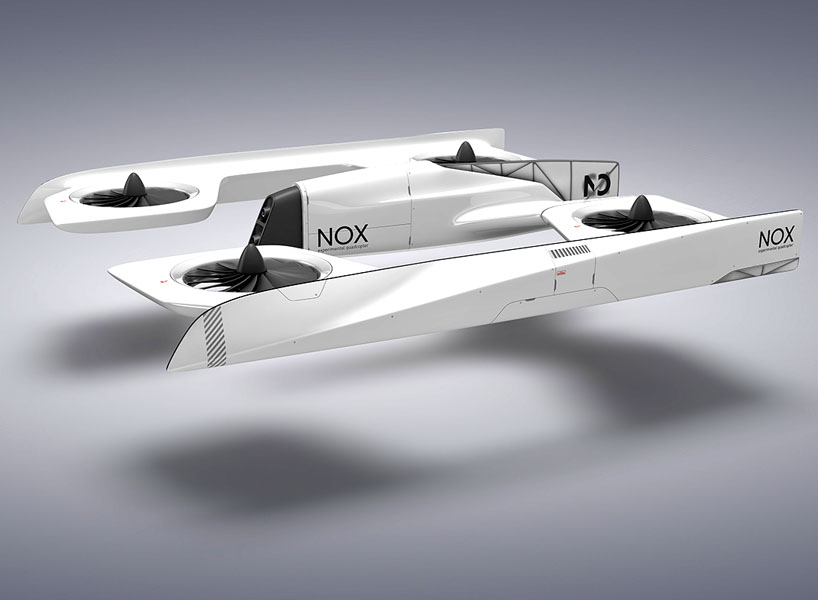 the experimental racing drone can be maneuvered by its rotors, and by the differences between the angles of the wings. the central part of the fuselage houses a battery pack, control unit and a camera system. the ‘NOX’s’ covers are designed to eliminate drag coefficient, creating a optimal upforce efficiency. the fin-shaped form of the fuselage is created for improved lateral stability in maneuvering. 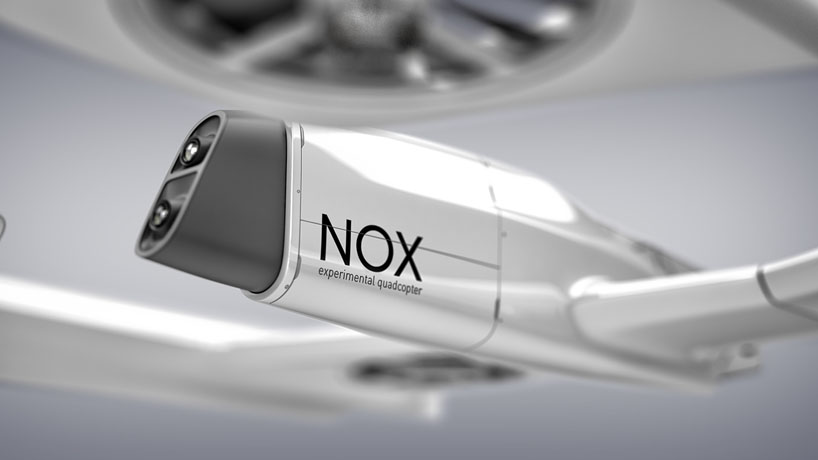 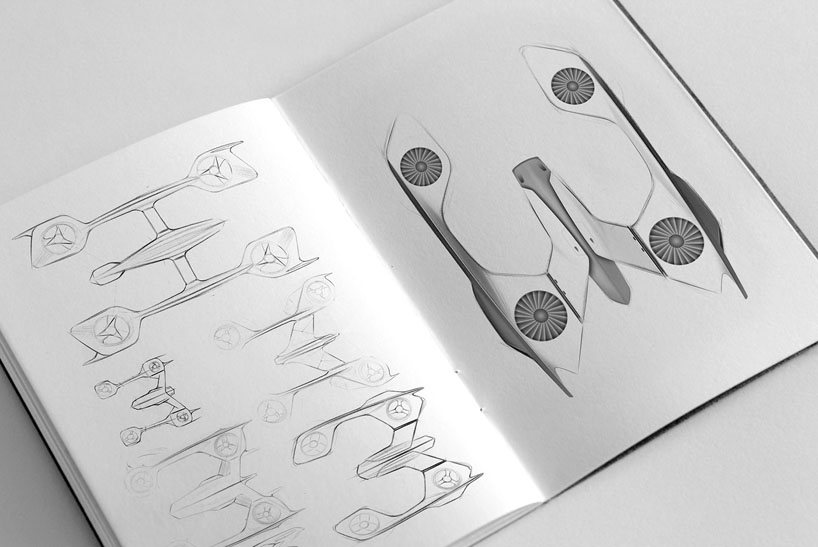