the ‘O2amps’ glasses by 2AI labs are tinted to amplify colour and brightness information from the skin image © alex livingston, 2AI director of business development

the ‘O2amp‘ glasses by 2AI labs amplify the user’s ability to interpret the emotions and health of other people, by emphasizing the differences in colour and brightness of their skin.

the tinted glasses offer vast applications most formatively in medicine. three different 2AI technologies each reduce the visibility of certain parts of the light spectrum, to highlight respectively skin oxygenation, hemoglobin concentration, and a mix of the two. the first could help medical professionals locate veins, the second assists in the detection of trauma or cyanosis, and the third functions as a general clinical enhancer, eliminating neither the hemoglobin oxygenation nor the concentration signals.

however the shaded lenses are usable day-to-day as normal sunglasses. ‘typical sunglasses shade the world but also end up shading one’s connections to other people,‘ points out 2AI co-director mark changizi. ‘this is exemplified by the way people tip up their sunglasses to get a better look at someone. our technology shades the world but not the social: for the ‘O2amps’, one sees other people better by keeping them on, rather than tipping them up.’

2AI reflects that the glasses could also find applications in security, sports, and poker. artists have also expressed interest, not leastly for the ways that the glasses effectively ‘expose’ an inner layer of human physiology. 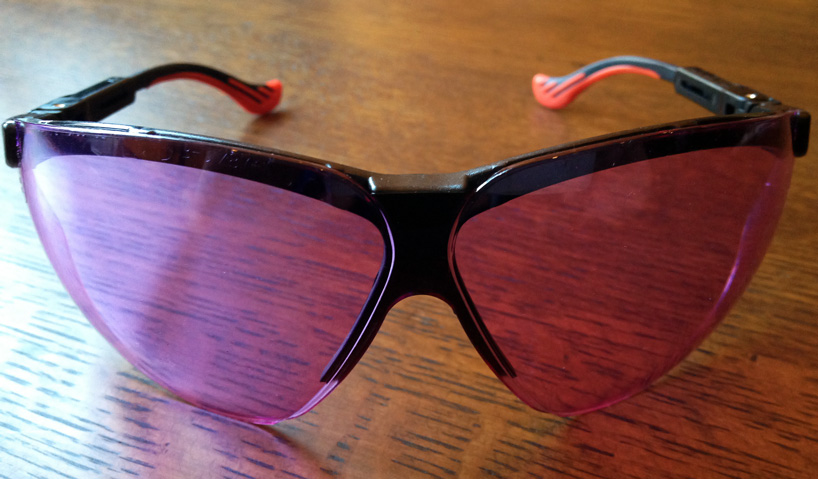 the project incorporates significant research in evolutionary anatomy and neurobiology that suggests that our own vision is specialized to understand changes in skin colour and their meaning. ‘once one understands the connection between our color vision and blood physiology,‘ explains 2AI co-director mark changizi, ‘it’s possible to build filters that further amplify our perception of the blood and the signals it provides.’

‘color is not actually about wavelengths of light,‘ changizi, himself a regarded evolutionary neurobiologist, elaborates; ‘instead, color is about the perception of the complex distributions of light of all wavelengths (in the visible part of the spectrum) that emanate from each object. we have evolved to perceive the colors not of photons, but of certain objects and surfaces– especially surfaces of skin.‘ it is the reason why our vision is in fact different from the sampling that happens in cameras, for example, which register wavelengths in a more uniformly distributed fashion.

instead, the cones in our eyes receptive to red and green light are sensitive in almost exactly the same range of wavelengths. the reason for this, changizi suggests, is that otherwise it would be more difficult for us to interpret whether skin colour changes are the result of blood concentration or differences in oxygenation, each of which signify different emotions and health states about the person.

changizi elaborates on this research in the book ‘the vision revolution‘, which investigates the reasons for the uniqueness of human vision in the animal kingdom. 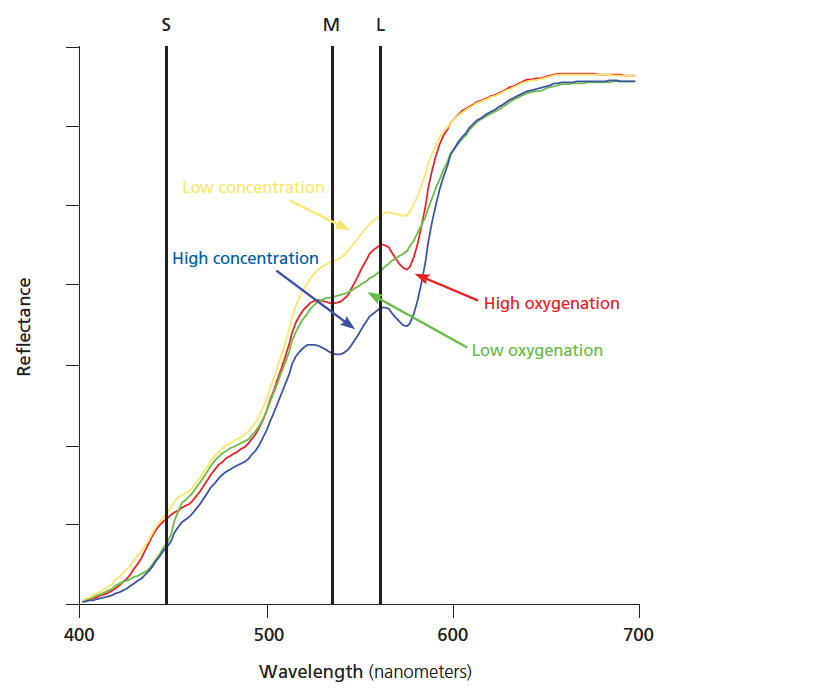 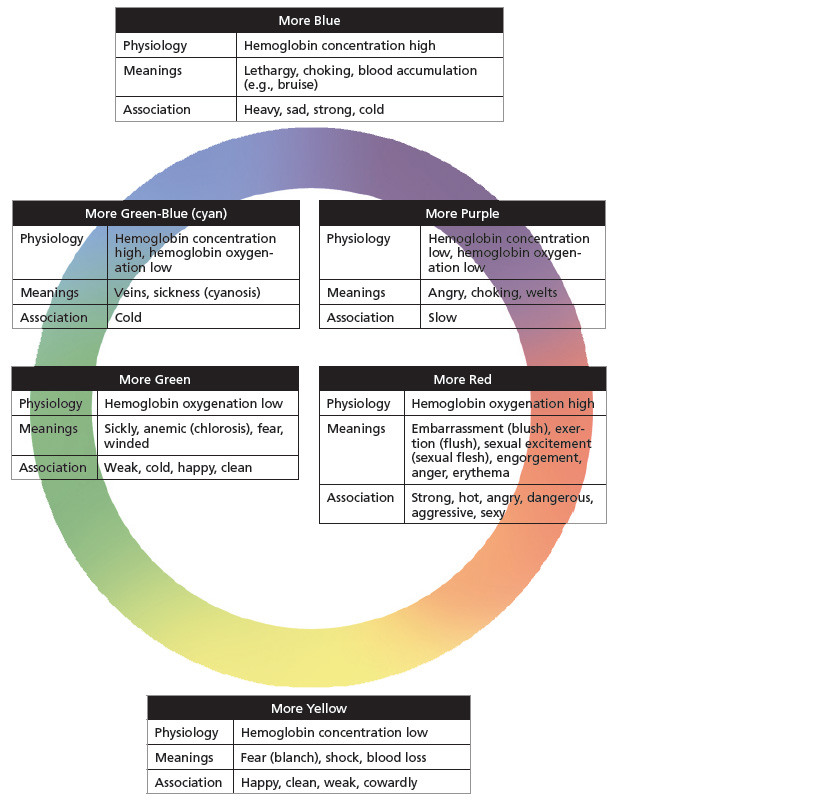 part of his research into the evolutionary development of human vision, mark changizi maps the colour spectrum with the physical and emotional significances humans attribute to various skin tones