the U.S. department of energy’s oak ridge national laboratory (ORNL) has developed an integrated energy system, which they’re calling – ‘additive manufacturing integrated energy’, or ‘AMIE’ for short. the project comprises a natural gas powered hybrid electric vehicle and a solar powered building, designed by renowned architecture firm SOM. the approach allows the car to provide supplemental power to the 210 square foot house, even when the sun is not shining. connecting the dwelling to the car demonstrates the concept of integrating two energy streams, buildings and transportation, which typically operate independently.

overview of the system
video courtesy of ORNL 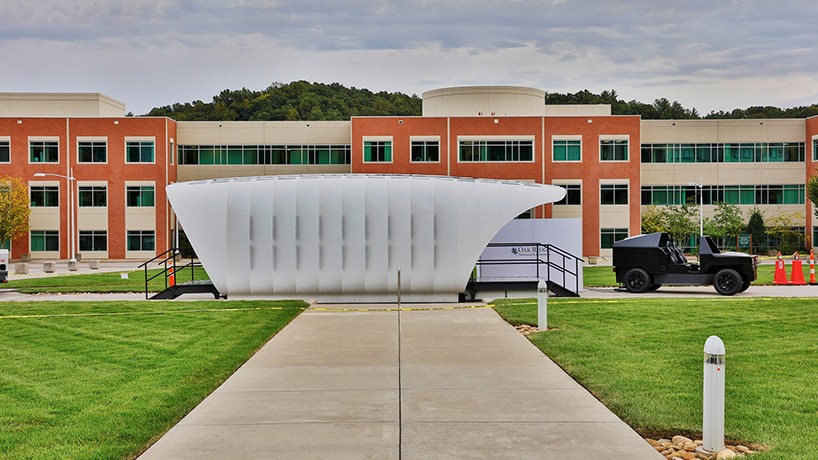 the SOM-designed building explores the potential for a 3D printed enclosure to condense the many functions of a conventional wall system into an integrated shell — structure, insulation, air and moisture barriers, and exterior cladding. ‘this could lead to zero-waste construction, reduced material consumption and buildings that can be ground up and reprinted for new forms and uses’, explain the architects. 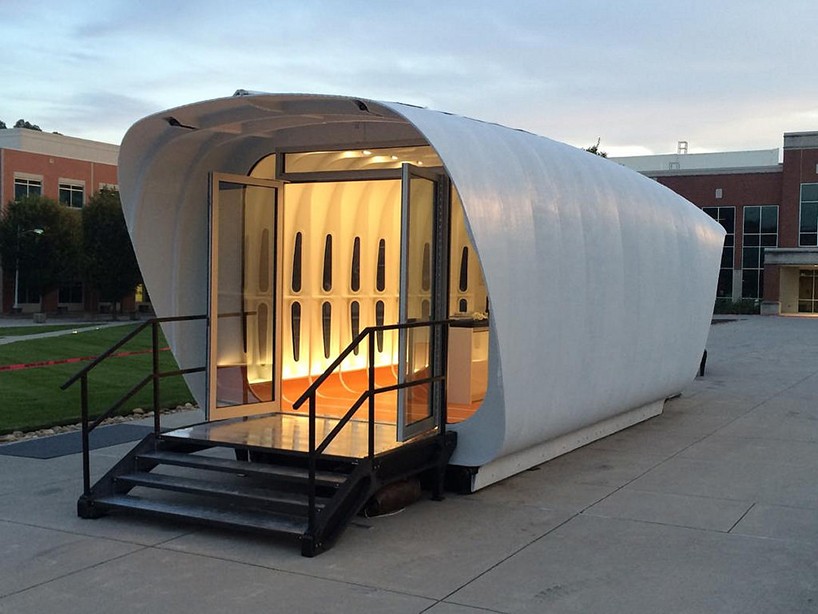 the demonstration is 210 square feet
image courtesy of ORNL

constructed of printed C-shape forms, the 38 x12 x 13 foot structure is post-tensioned with steel rods that reinforce the weak axis of the printed material. the additive manufacturing enclosure was designed to resist lateral and live loads consistent with building codes. full-scale load testing was undertaken to confirm the performance of the design. 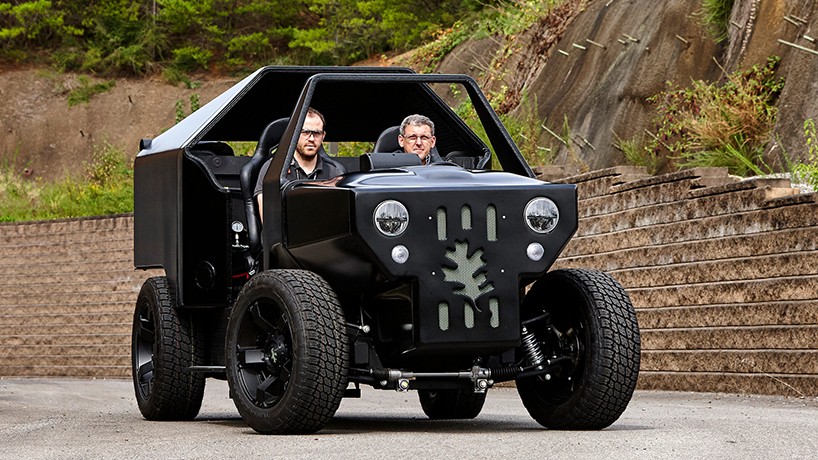 the structure’s photovoltaics will work in tandem with a natural gas powered generator, located in the DOE-created vehicle, to supply energy for lighting, and the GE-developed central microkitchen that incorporates advanced digital display screens, inductive cooking surfaces, waste filtering faucet and sinks, and an undercounter refrigerator. importantly, the photovoltaic will charge the enclosure’s battery when the fixtures are not in use. 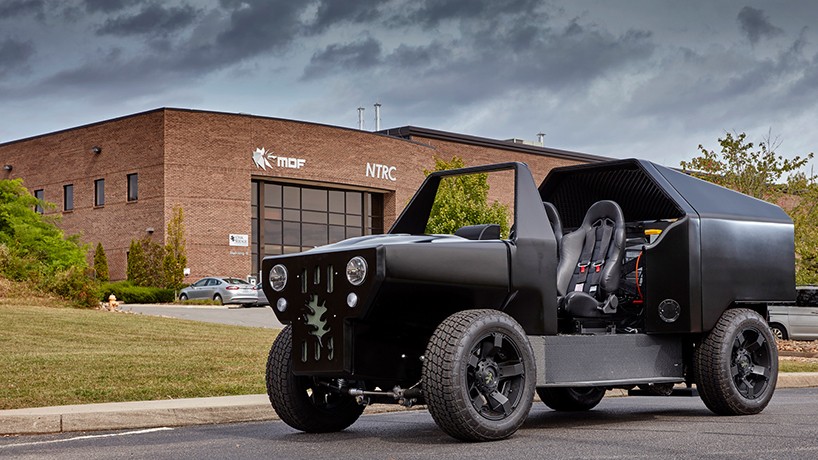 controls for the power management of the building maximize the efficiency of the system’s components. the project’s hub manages the system’s electrical demand and load from the 3.2-kilowatt solar array with extra power from the vehicle. ‘AMIE’ hopes to exhibit a pioneering move toward energy use, storage, and consumption. 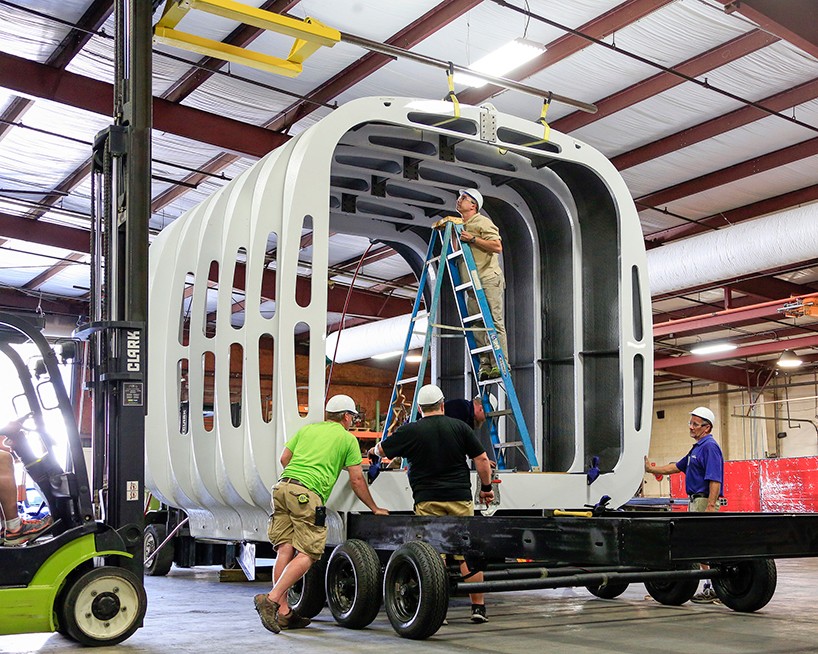 construction of the home
image courtesy of ORNL 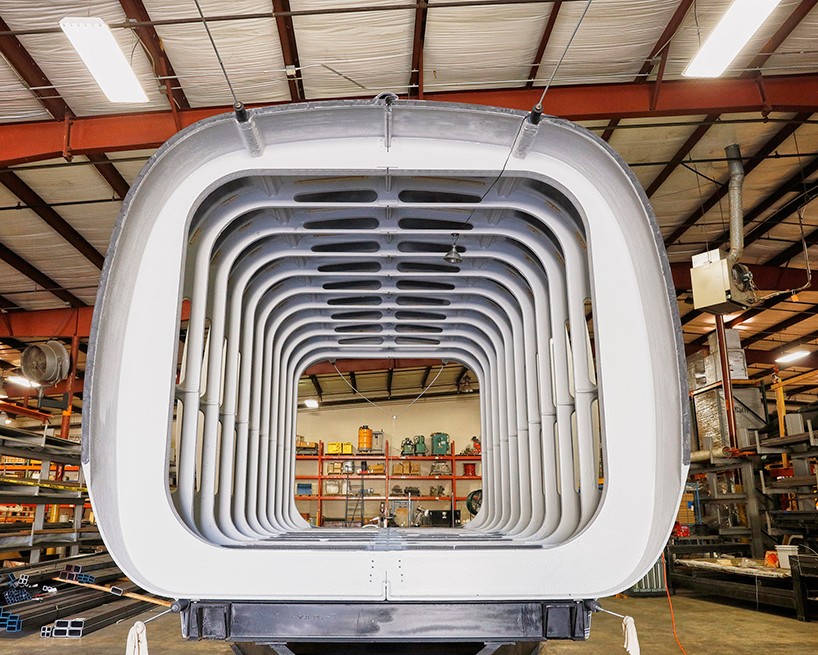 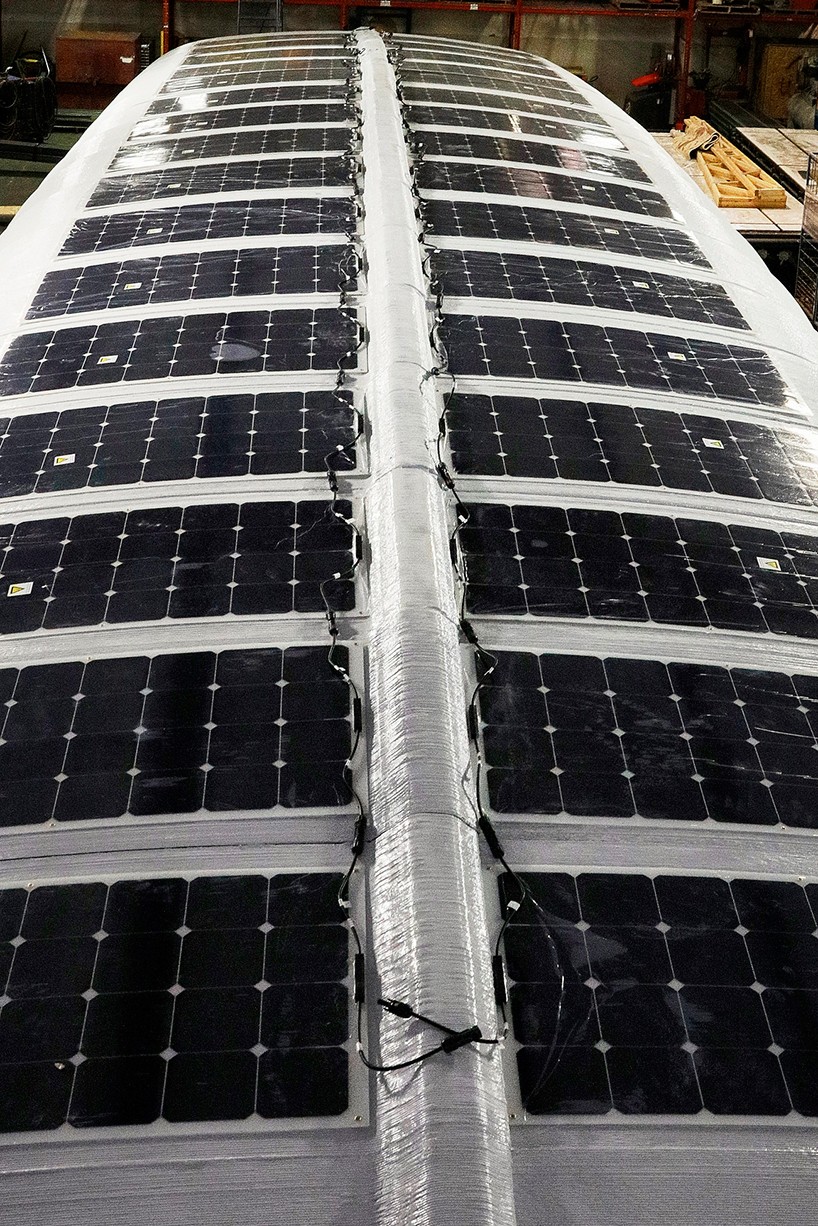 the solar array on the roof
image courtesy of ORNL 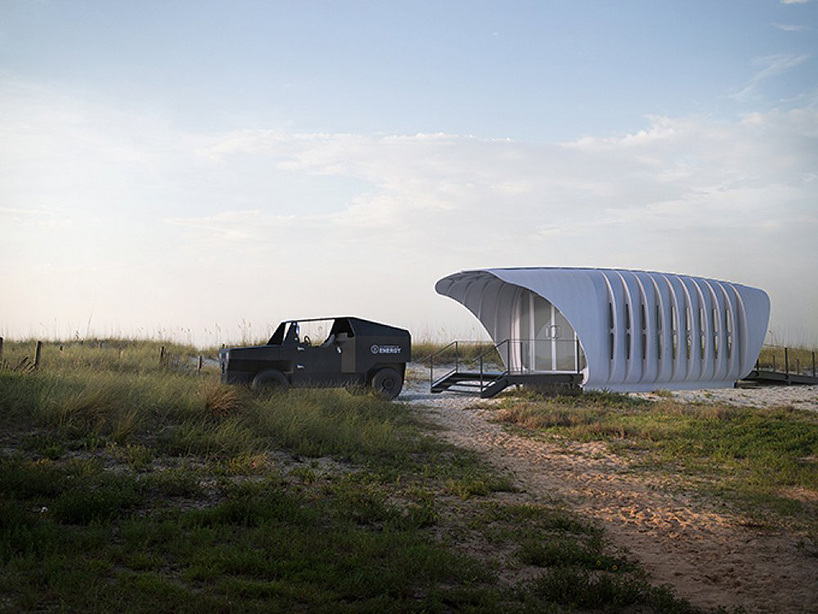 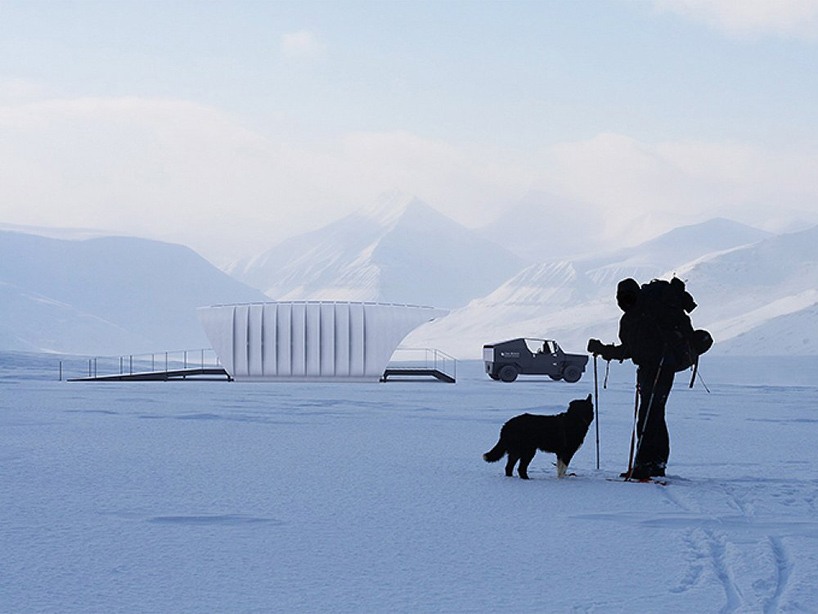 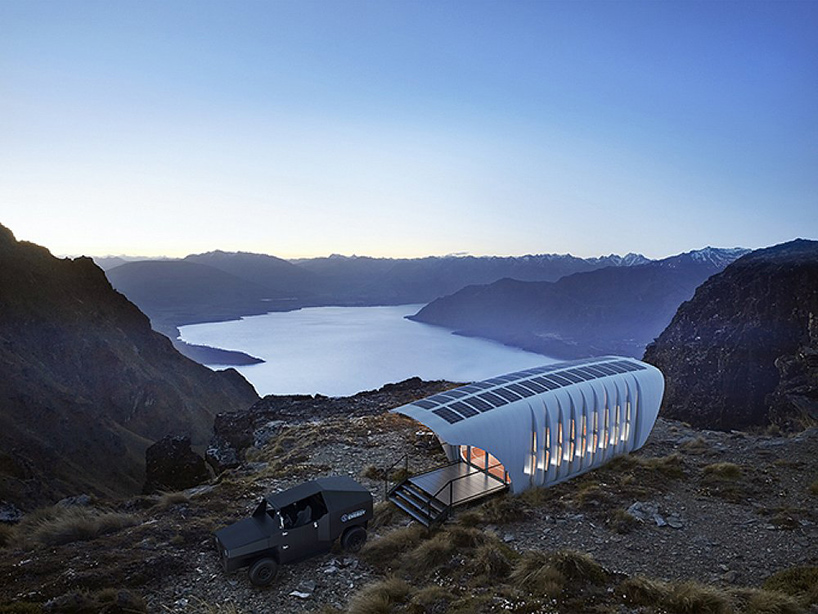