on william f. lamb’s iconic empire state building, creative technology studio obscura digital helped raise awareness to animals on the brink of extinction. in collaboration with the discovery channel, the event spent the whole night illuminating 40 stories of the south façade with manta rays, blue whales, cecil the lion and many other important endangered wildlife. the colorful event named ’projecting change: the empire state building’ was produced by the oceanic preservation society, to put a spot light (literally) on the environmental problems of numerous extinct species. the projections were also accompanied by academy award nominated composer j. ralph, with music from the movie ‘racing extinction’. to help raise awareness, join the conversation on twitter, and check the website here. 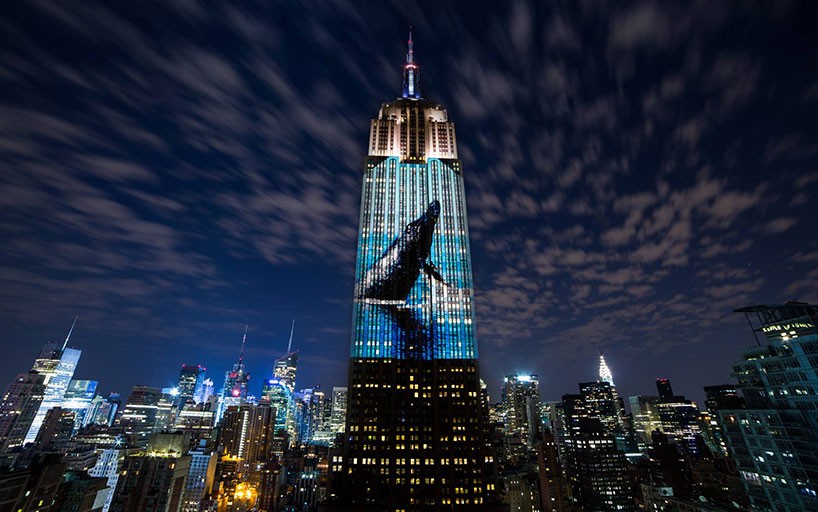 the massive projectors used for the event