Swedish wind turbine company SeaTwirl has patented the storage of kinetic energy in its turbines which the company states can help optimize the rotational speed of a wind turbine and stabilize the voltage fluctuations. So far, the company has this patent in France, El Salvador, the UK, Ireland, and the US. The solution stems from a problem with wind power where voltage fluctuations are caused by variations in wind speed. The company states that the solution works by moving mass to or from the center of rotation. By doing so, the output power can be maintained with less wind and thus be optimized to reduce fluctuations on the electric grid. ‘It is the same principle as a figure skater who pulls her arms towards her body to spin faster when making a pirouette,’  the company writes. 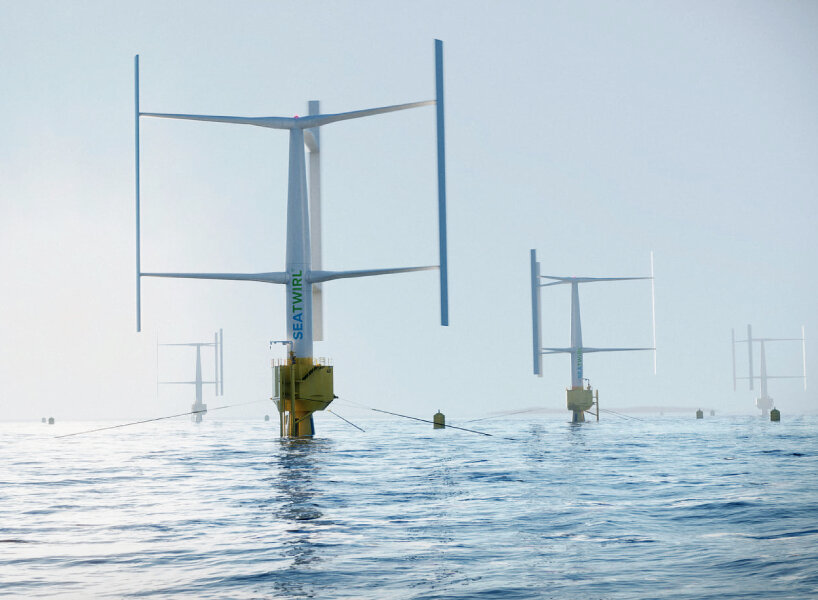 The other patents SeaTwirl has been granted include a dynamic turbine that can fold its blades to become flat, thus enabling it to withstand much higher wind speeds; a divisible turbine with separate units above and below that house the generator and bearings, making that unit replaceable by boat close to sea level; and a water-based emergency brake in case the turbine malfunctions. The company first deployed its prototype named S1 in 2015 off the coast of Lysekil in Sweden. S1 is a small 30-kW turbine that offers a test platform to energy companies for offshore wind power and an alternative to diesel generators in remote areas that are prone to power outages. visualization of the installation

S1 is placed at a depth of 35 meters with a minimum of breakable moving parts, ‘which means less downtime and more output,’ as the company puts it. SeaTwirl also states that since it has a low center of gravity, its structure is stable, and the water supports the weight of the wind turbine which reduces stress on the bearings. From S1, the company is developing the 1 MW-rated capacity SeaTwirl S2x, slated to be completed by 2023. The company states that S2x will be low-cost, less complex, and have less downtime since ‘it has few moving parts which mean more operative hours,’ the company states. 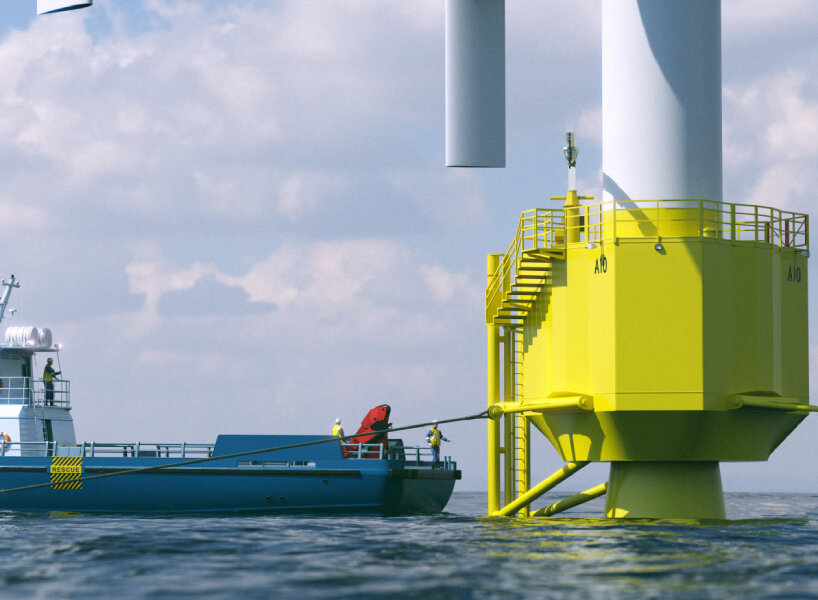 overview of the maintenance and installation of SeaTwirl’s turbines 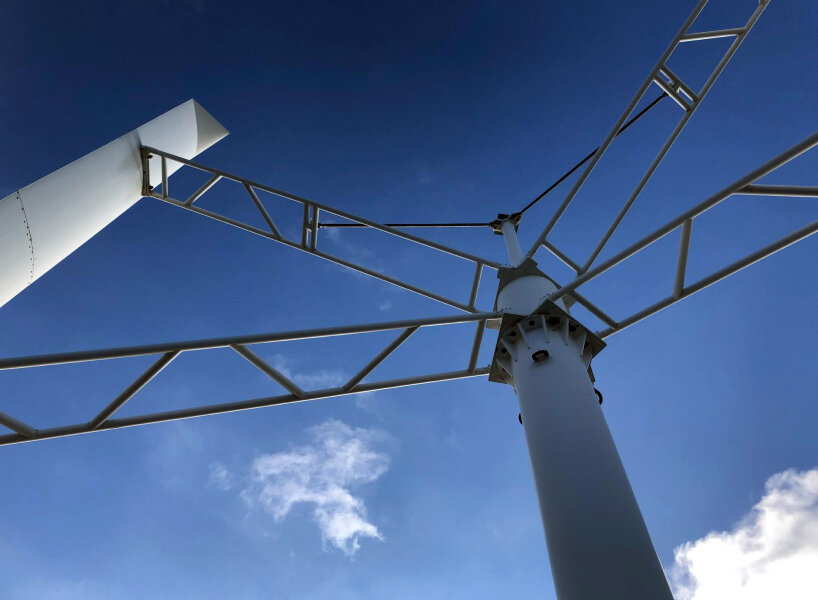 close-up of the turbine 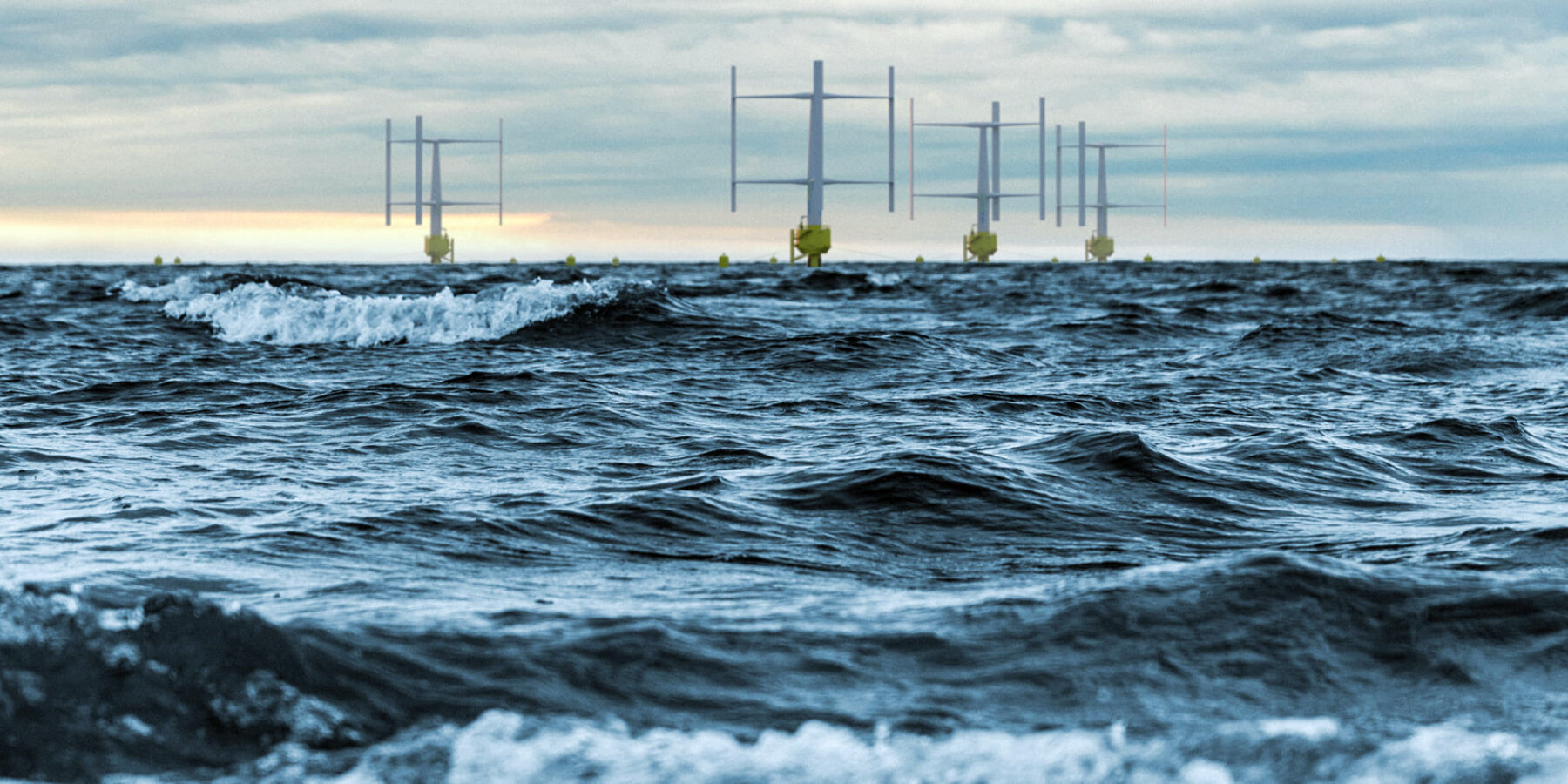